The statue of the tragically deceased British princess Diana will be unveiled on her 60th birthday on July 1, and on that occasion, Prince Harry arrived in Great Britain again to meet with his estranged family.

Read Also: Meghan and Harry Feared Their Child Would be Bullied

Even though he is in a quarrel with his brother William, the two will have to smooth things over or at least pretend that everything is fine on that day.

Harry is expected to go into self-isolation in Windsor for five days before meeting his brother and other members of the family.

Harry’s wife Megan Markle stayed in California because she recently gave birth to a baby girl Lilibet, and their son Archie also stayed with her. Since Harry and Meghan left the UK, the Royal family hasn’t seen Archie, and in a recent interview, the Duchess of Cambridge revealed they haven’t met Lilibeth yet.

These days, foreign media are writing about how Megan was left without a title, which can be seen in the birth certificate of Lilibet “Lili” Diana Mountbatten-Windsor.

On Archie’s birth certificate, Meghan used “Rachel Meghan Her Royal Highness the Duchess of Sussex,” and her occupation was “Princess of the United Kingdom.” Harry’s name was listed as “His Royal Highness Henry Charles Albert David Duke of Sussex,” and his occupation was “Prince of the United Kingdom.” However, things are different now.

Harry’s name still has the title of His Royal Highness, the Duke of Sussex, because he was required to use his legal name on Lilibet’s birth certificate, while Megan dropped her title, and left only Rachel Markle, her real name. However, she has left the title of Duchess of Sussex because it was a gift from Queen Elizabeth II on the occasion of the wedding.

Harry said last year that he would drop the title after leaving the royal duties, but he is obviously still sticking to that. Many think that’s because his HRH title opens doors for him, as being just Harry doesn’t mean much.

Prince Harry and Megan, after leaving their royal duties, should’ve given up the title “Their Royal Highness”, as well as money from public funds for the duties of members of the Royal family. 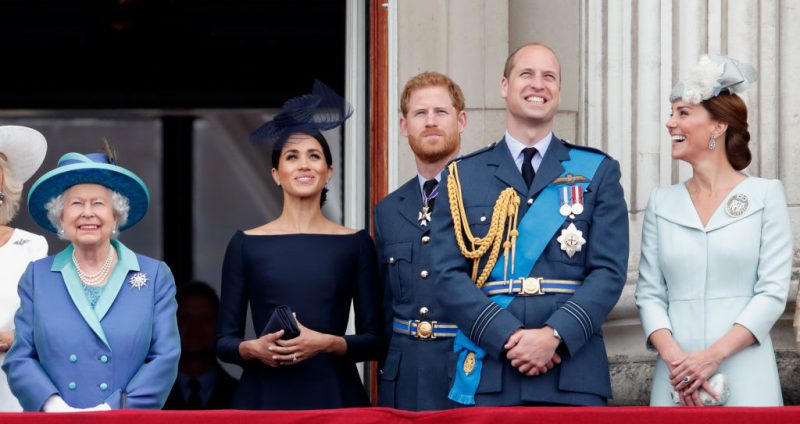 This issue was specially raised after Harry’s last “shameful” statements about the Royal family.

The members of the court staff are especially angry because of Harry’s “shocking” criticism of the parenting skills of Prince Charles, but also of the late Prince Philip and even Queen Elizabeth.

Although it was assumed that no formal moves were planned for taking away the titles of Megan and Harry, due to the recent events, there is a certain pressure at court.

In this regard, tensions in the family are expected to be great now that Harry has come to Britain to unveil a statue of his mother, Princess Diana.

Read Also: Meghan Markle Had Connections With The Royal Family Even Before Meeting Prince Harry

Even though it seemed that brothers came in peace at Prince Philip’s funeral, and many hoped that Harry will return to the UK, after some of the recent interviews Harry had with Oprah, it looks like the drama will continue.

You Can Find A Suitable T-shirt Organization – 2022 Guide