Whether who you are, people first notice a change in your appearance. The same situation is with celebrities who often change their appearance. Whether it’s losing weight, changing hairstyle, having cosmetic surgery, it’s always interesting to see the change.

In any case, celebrities, like all other people, change over time, regardless of the cause. We were inspired by these incredible transformations and decided to create a massive list of as many as 30 celebrities. The changes are obvious because some of them were teenagers when they became famous, or later underwent various plastic surgeries, simply aged or for some other reason transformed. In any case, these celebrities look quite different from earlier years, so much so that some are almost unrecognizable. 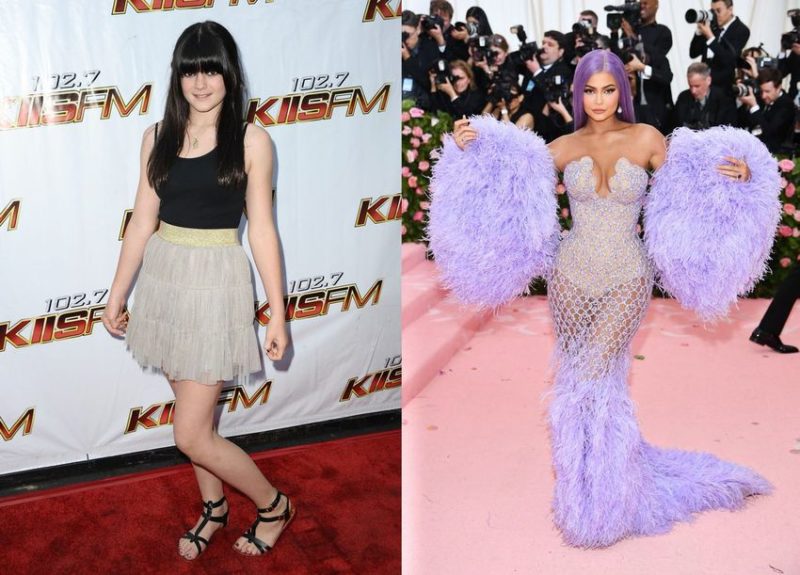 One of the biggest transformations is seen with Kylie Jenner. This is due to numerous plastic surgeries (lips, breasts, butt) but also waist training due to weight loss and smoother curves. 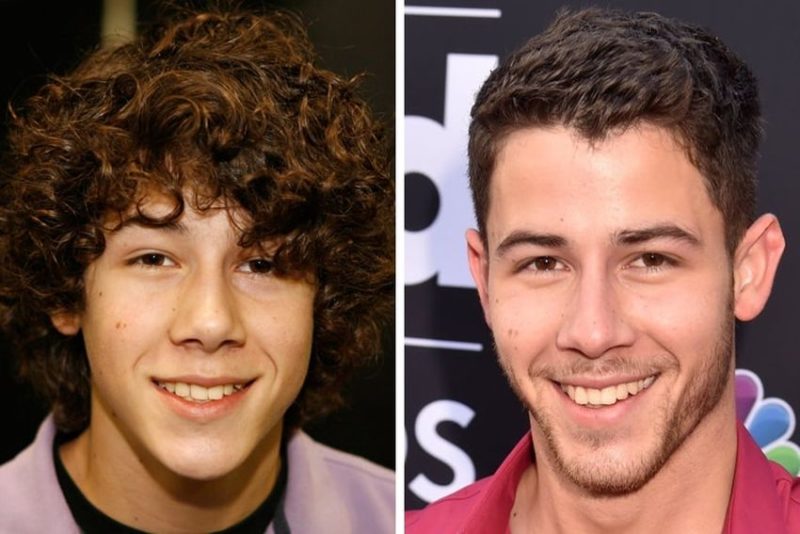 Well, the fact is that Nick Jonas was a teenager when he became popular. Therefore, his transformation is not so strange. 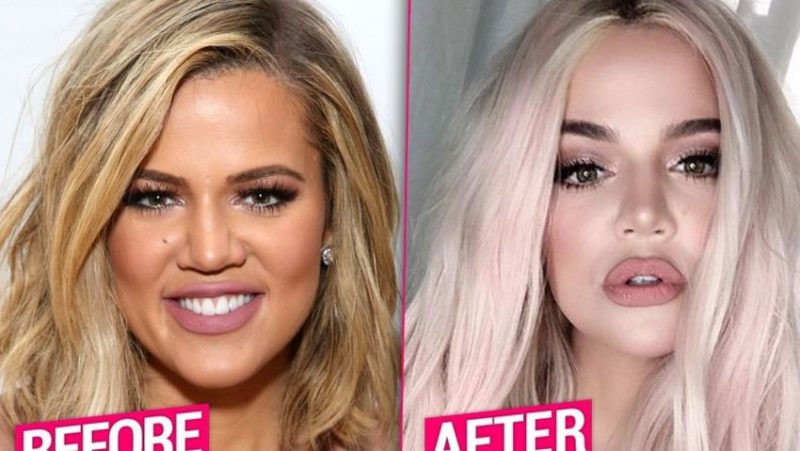 Another of the Kardashian sisters, Khloe, has changed a lot in the last ten years or more. Similar to Kylie, cosmetic surgeries are a major cause. 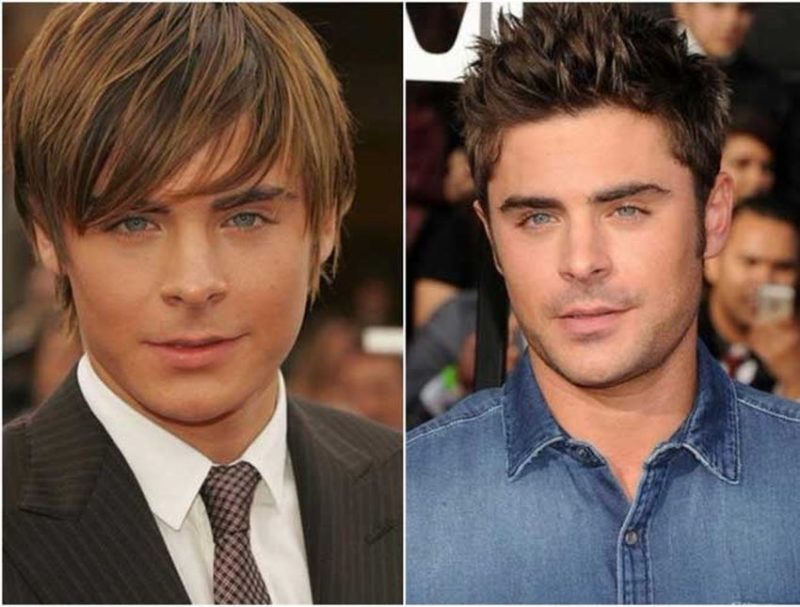 This famous actor also became popular as a teenager, but the transformation of his appearance is truly amazing, so much that he is hardly recognizable today. 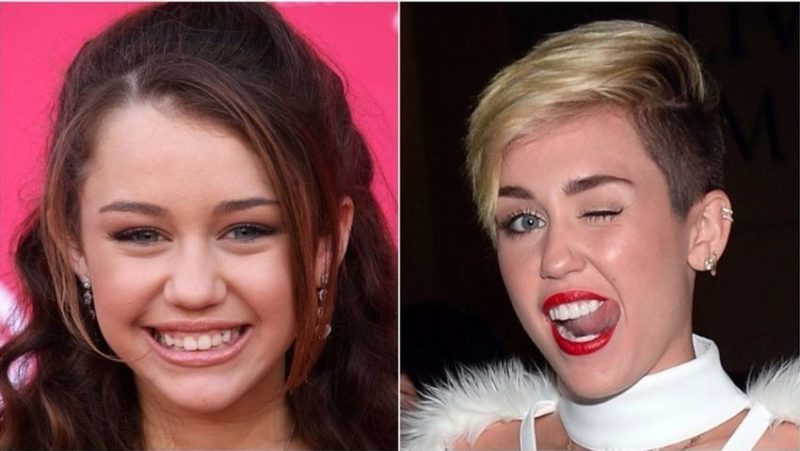 The world-famous Miley Cyrus is another on the list of today barely recognizable celebrities. Just remember the Hannah Montana period, and everything is pretty clear. 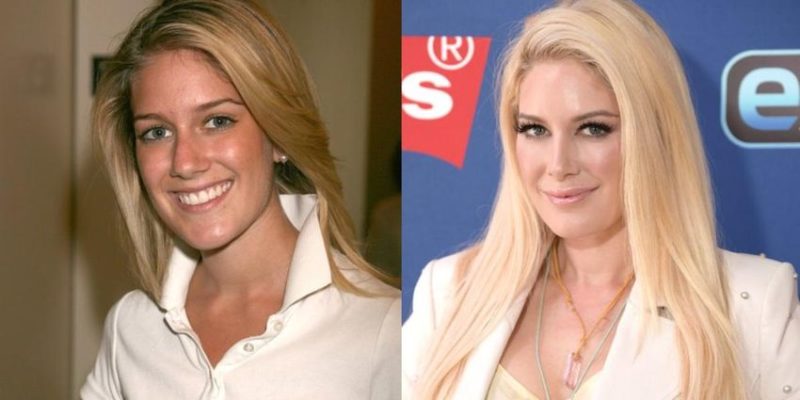 Heidi Pratt, a well-known television personality, has undergone multiple plastic surgeries (as many as 10 in one day) throughout her life that have completely changed her appearance from the period before popularity. 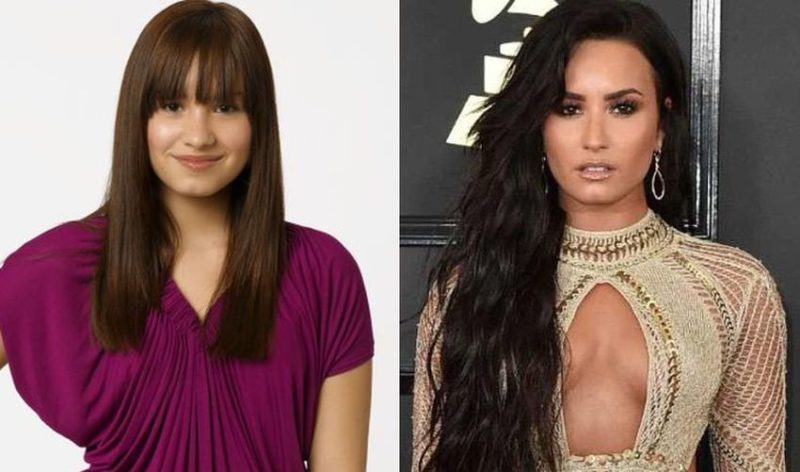 Another Disney star, Demi Lovato has changed a lot over the years. Hairstyles, clothing styles and weight gain are just a few of the changes. 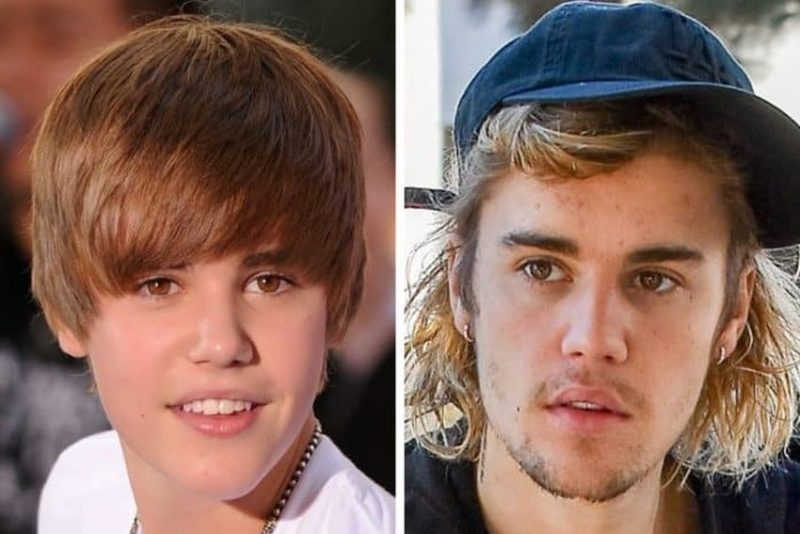 Really, we believe that Justin Bieber has changed most of all celebrities since his teenage years. Just look at his hairstyle, body, clothing style. Quite simply, this guy has changed a lot. 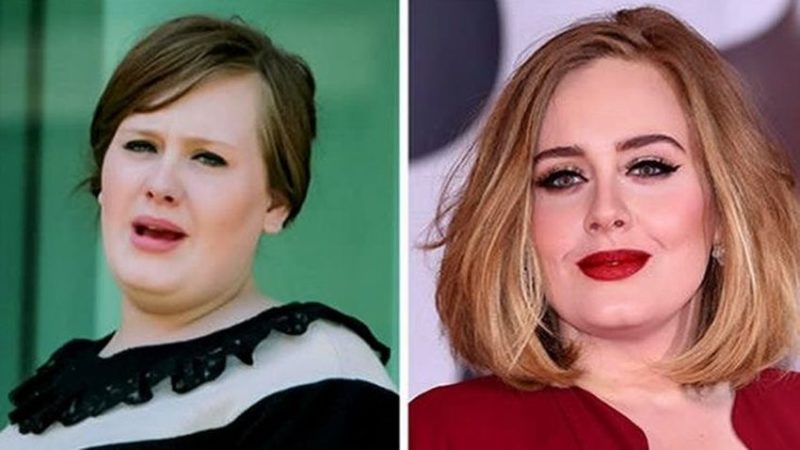 When it comes to Adele, she has managed to lose weight significantly over a years. Plus, she changed her hairstyle. 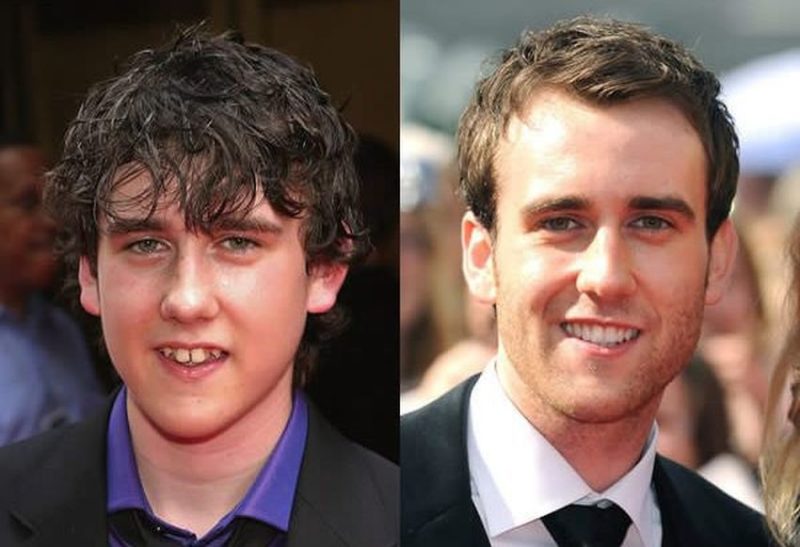 Do you remember Matthew Lewis’ role as Neville Longbottom in Harry Potter movies? We remember and believe that he used some magic to transform. 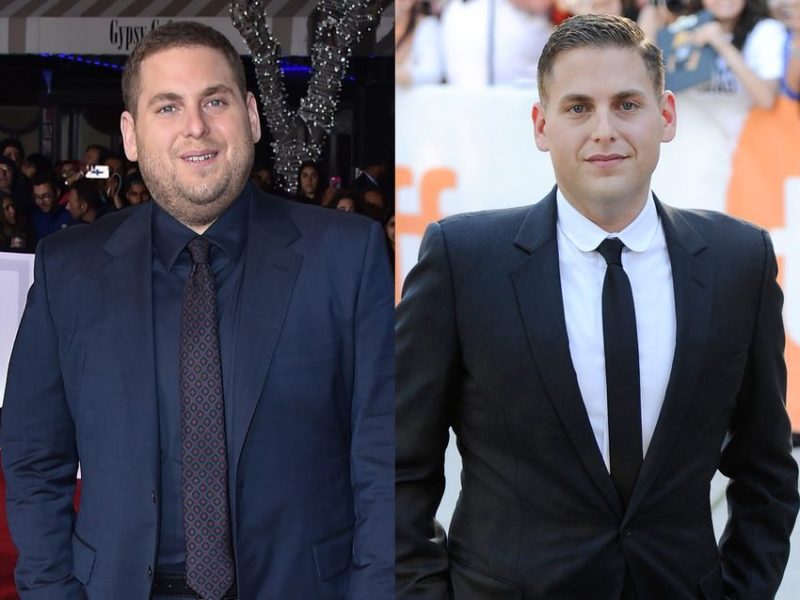 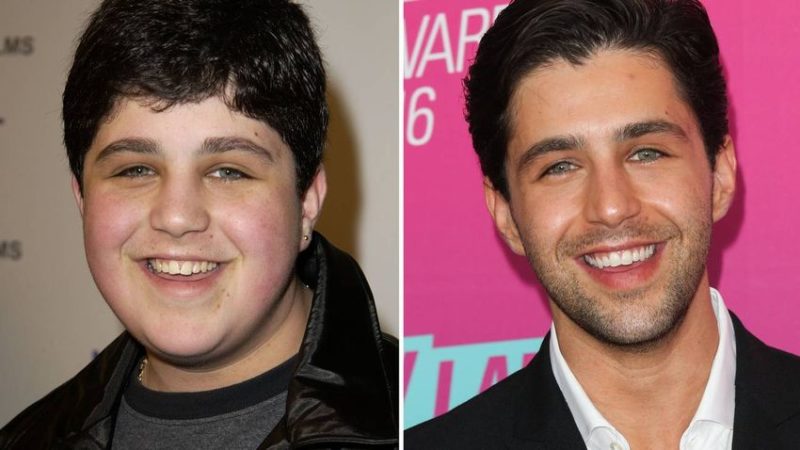 If you want to lose weight without surgery, ask Josh Peck how to do it. He has done it and looks amazing now. 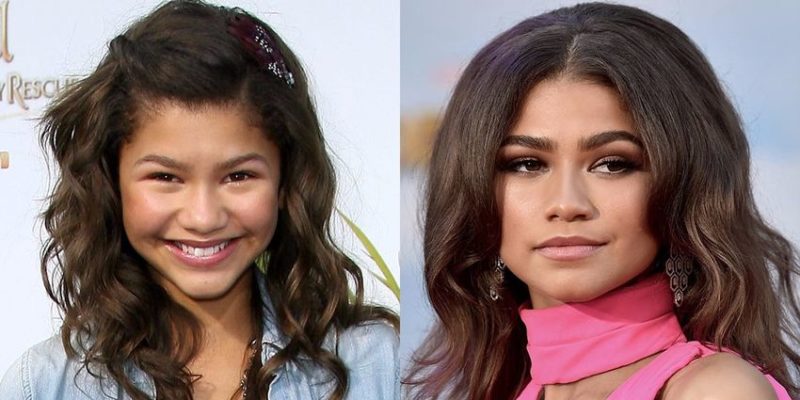 Zendaya is a former Disney star, just like Demi Lovato and Miley Cyrus. However, the three have in common that they have really changed a lot over time and no longer look like they did when they were teenagers. 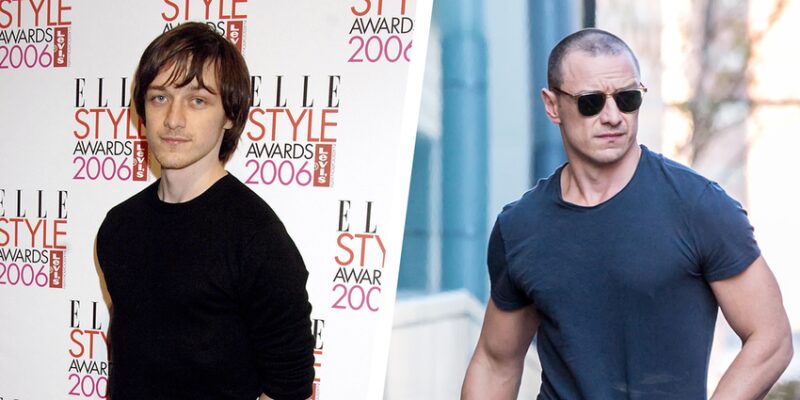 James McAvoy changed his hairstyle and it’s definitely noticeable. Plus, he’s 40 now, so we can understand the transformation. 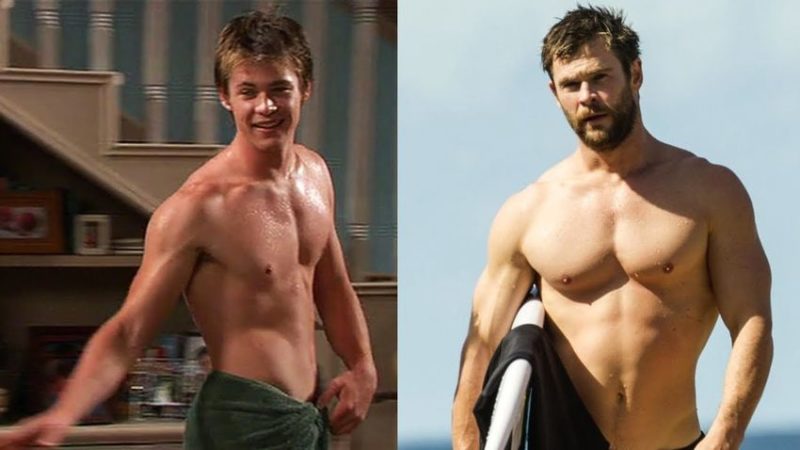 This famous actor hasn’t changed that much in previous years. However, we can say that the main thing is his different hairstyle and beard. 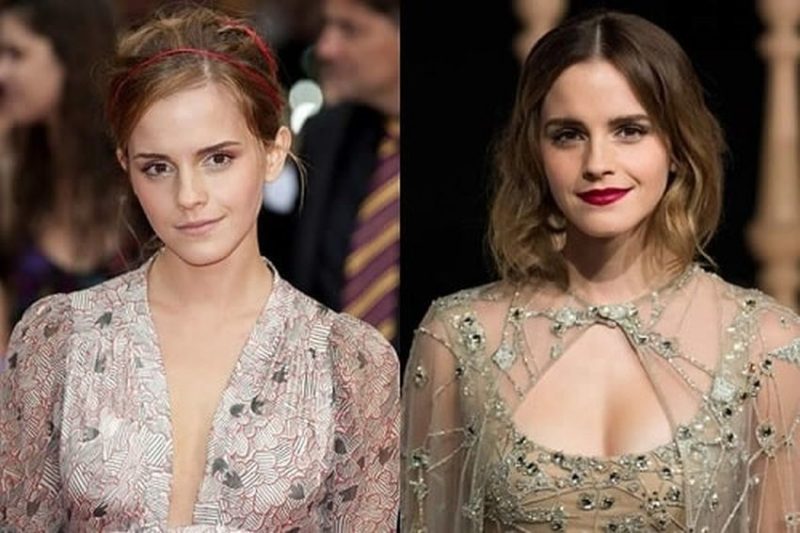 Another Harry Potter movies star is Emma Watson. In comparison to her teenage years, she has made a magical transformation. 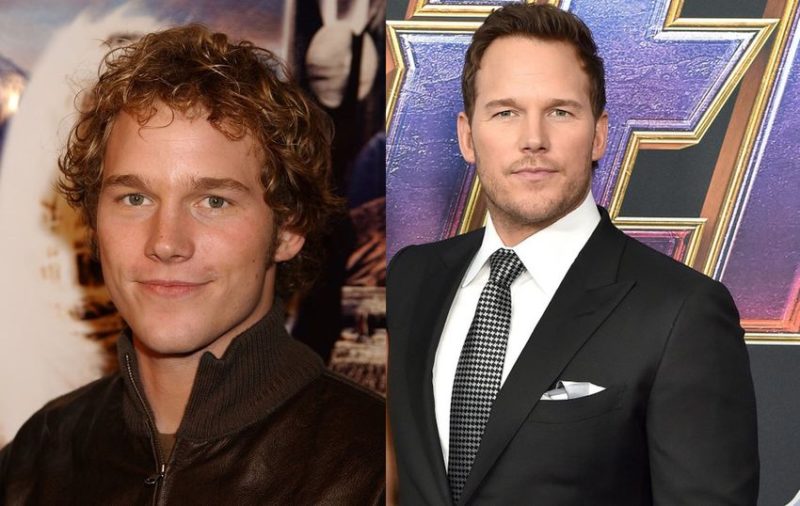 The fact is, Chris Pratt changed his hair color and hairstyle. However, we can still recognize him. 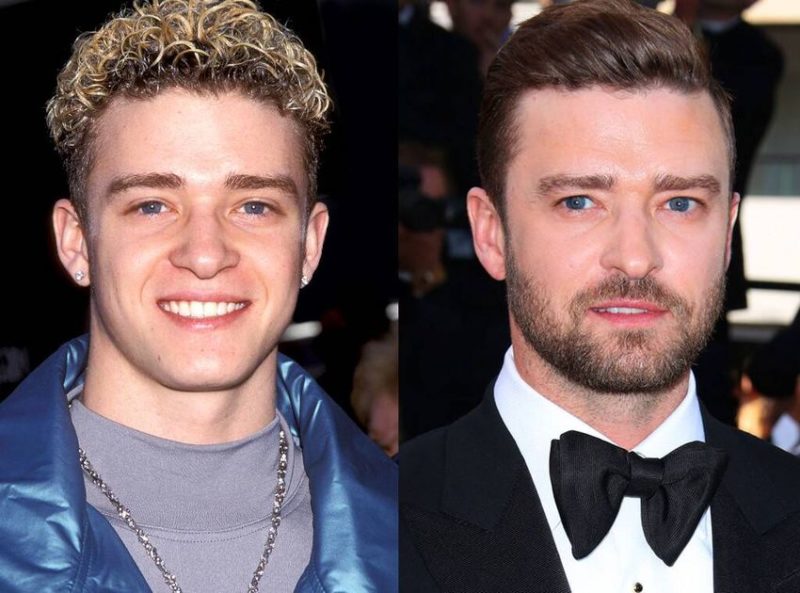 Another guy who paid a lot of attention to changing his hairstyle is the popular singer Justin Timberlake. He is also almost 39 years old, so the change is expected. 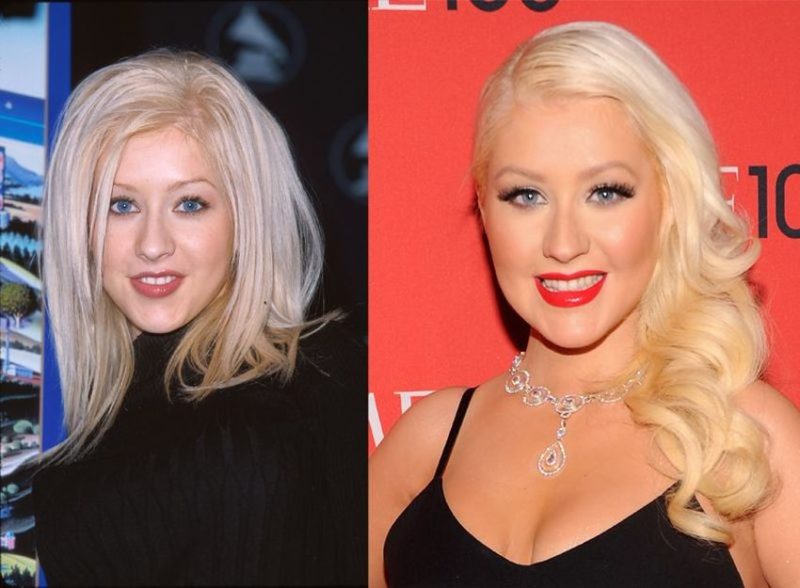 Honestly, it’s impossible to look the same today as you did 20 years ago. However, although the changes are noticeable, Christina Aguilera still looks fantastic. 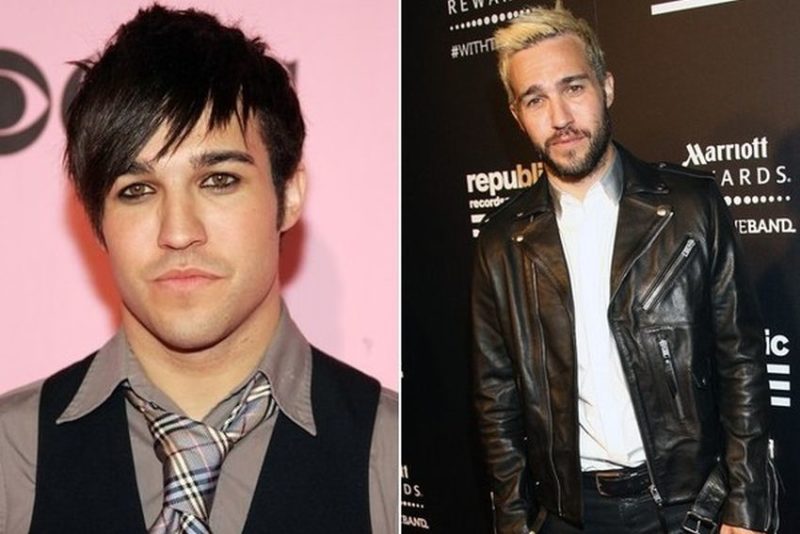 The most noticeable change when it comes to Pete Wentz is the change in his hairstyle. Plus, he’s about 40 now. 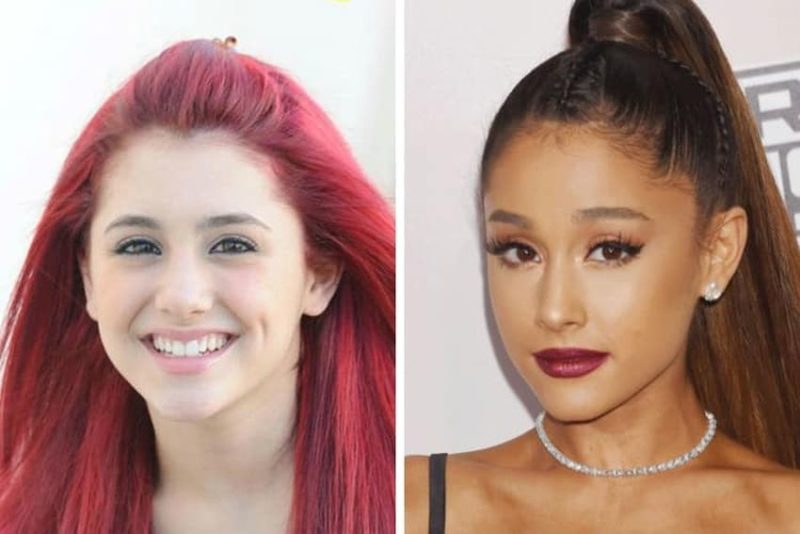 The fact is that Ariana Grande was beautiful ten years ago, and she is beautiful now. However, during this period, she underwent several plastic surgeries involving facial corrections. 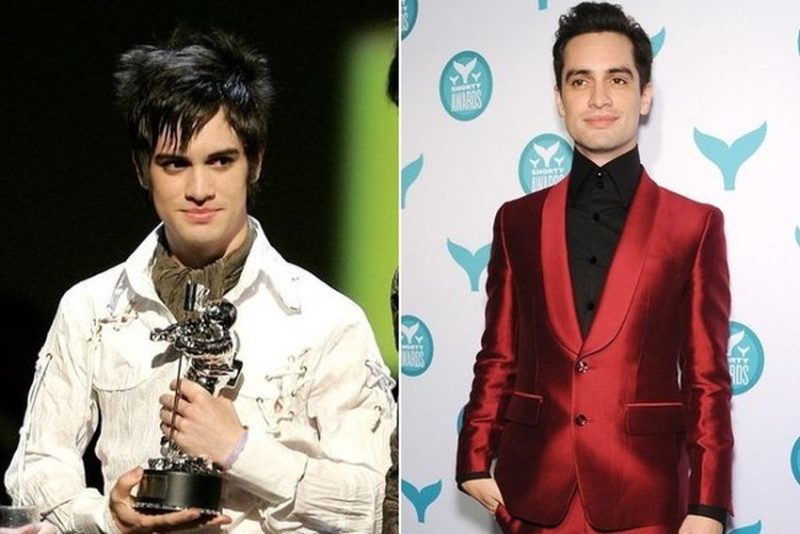 Brendon Urie, lead singer of Panic! at the Disco hasn’t changed much that it is impossible to recognize him from the period of 13 years ago. However, 13 years is a rather long period, so it certainly affected his appearance. 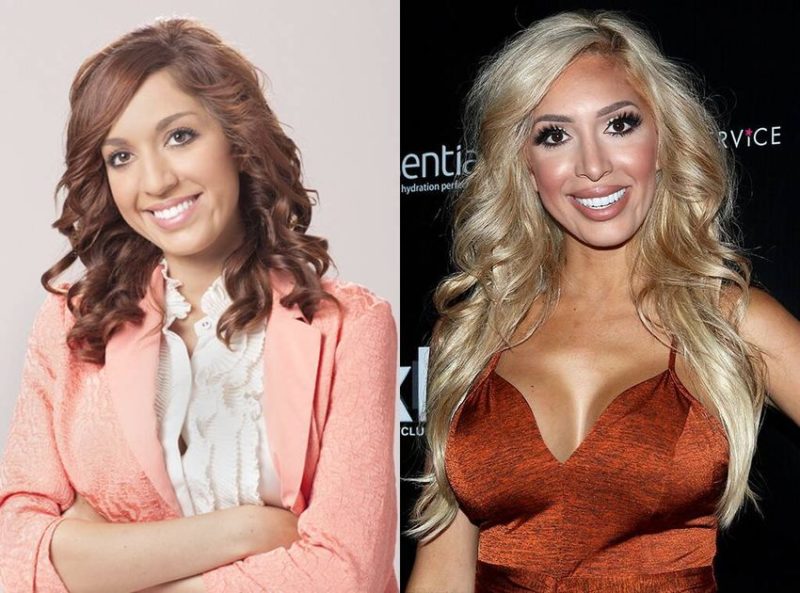 If you look at some pictures of Farrah Abraham from a couple of years ago, you will find that she now looks much different and somehow older than she actually is. This is due to cosmetic surgery that included lip implants, breast augmentation and butt implants. 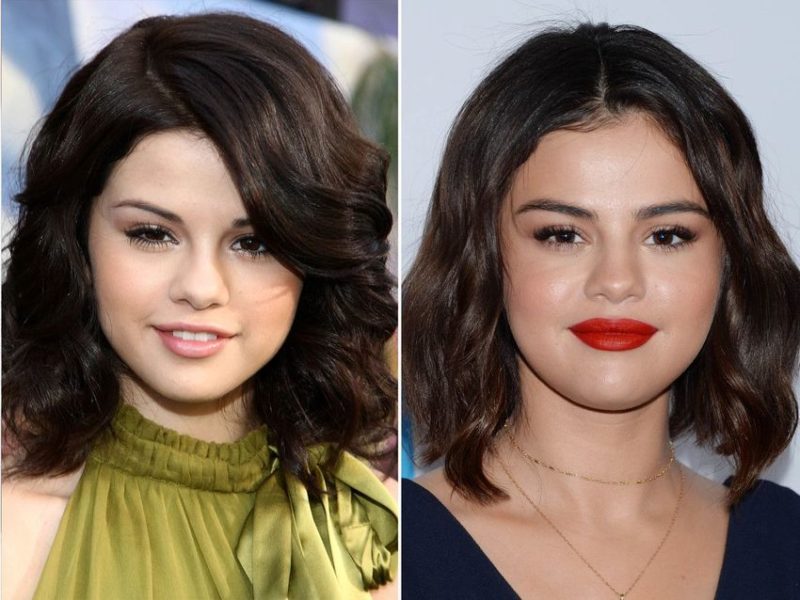 It seems that young stars who became popular as teenagers undergo the most changes and often undergo plastic surgery, although this is maybe not necessary. One of them is Selena Gomez and there are rumors that she has had a correction for her nose, lips and breasts. 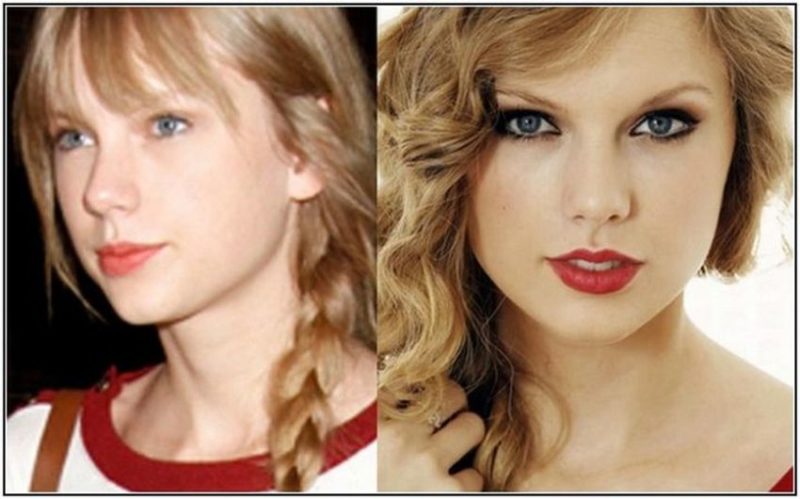 Apart from Selena Gomez, there are rumors that Taylor Swift also had a few corrections, most notably her lips and nose, and maybe her breasts. Still, she doesn’t look too different from 13 years ago. Maybe just hairstyles and style in general. 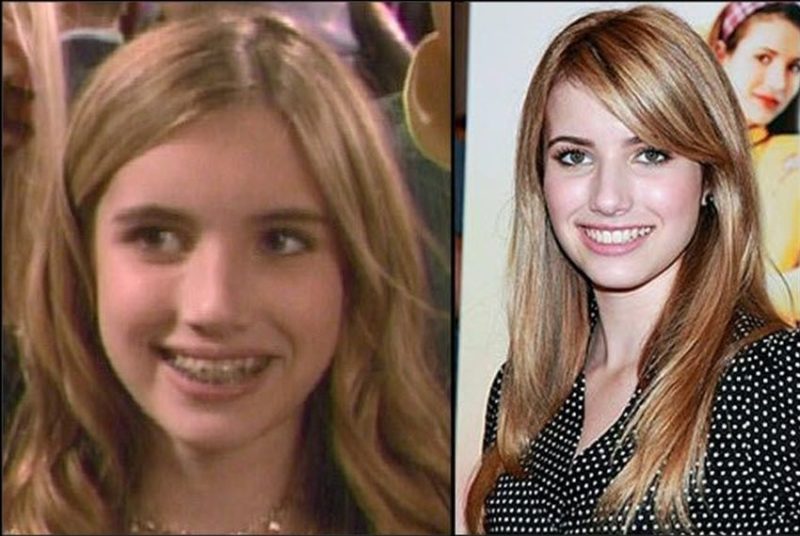 The popular actress hasn’t changed much when it comes to her appearance. However, Emma is known to change her hairstyle often. 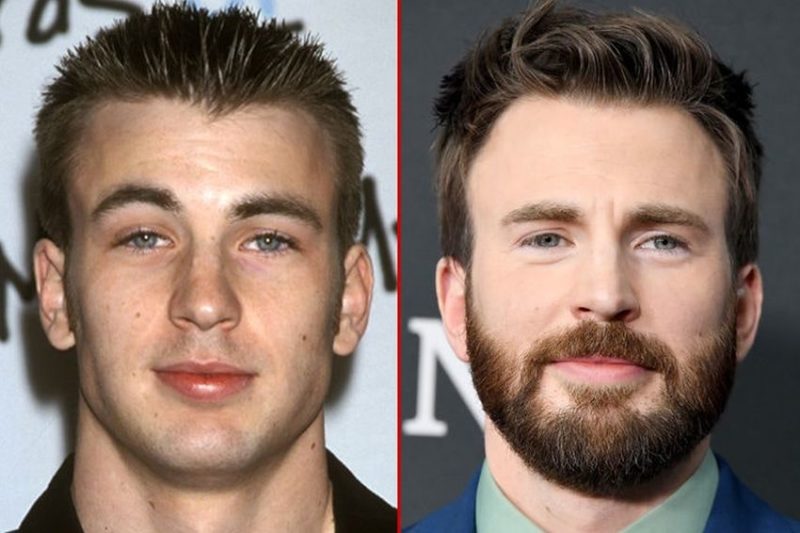 Chris Evans has changed quite a bit in the last 15 years, but we can say that this is quite normal since he was 23 at the time and is now 38. 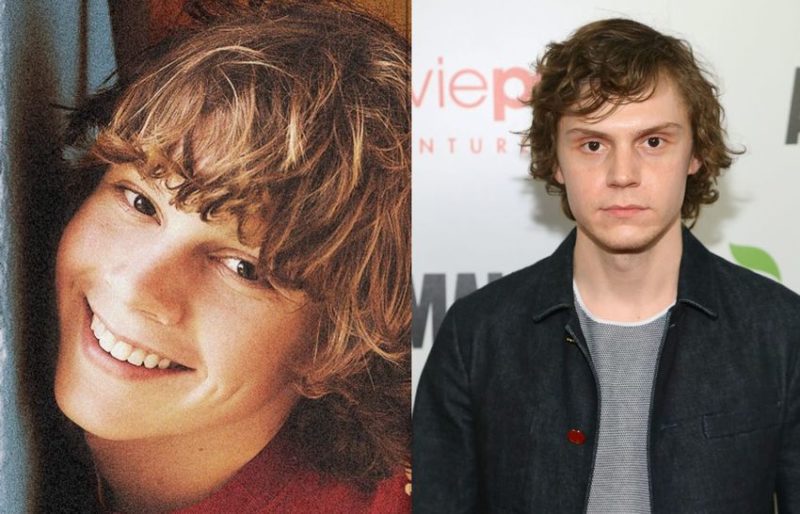 Evan Peters is another celebrity who changed his hair the most. In addition, he is now older than he was in 2005, when he was only 17 years old. 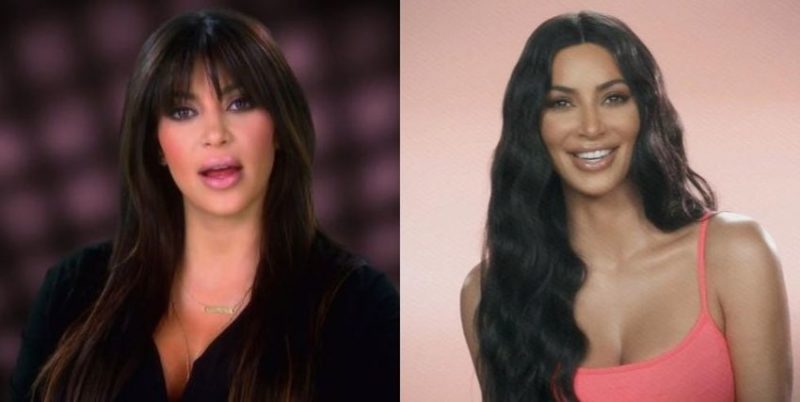 In the end, Kim Kardashian West. We think she underwent the most plastic surgeries in the previous years, and this is noticeable if you compare the pictures before and after those procedures. It’s almost like she’s a totally different person now.