A video of a woman loading a truck with boxes of toilet paper, napkins, and tissues emerged on Twitter and caused an enormous public backlash. She supposedly bought all Dollar Tree’s paper products. 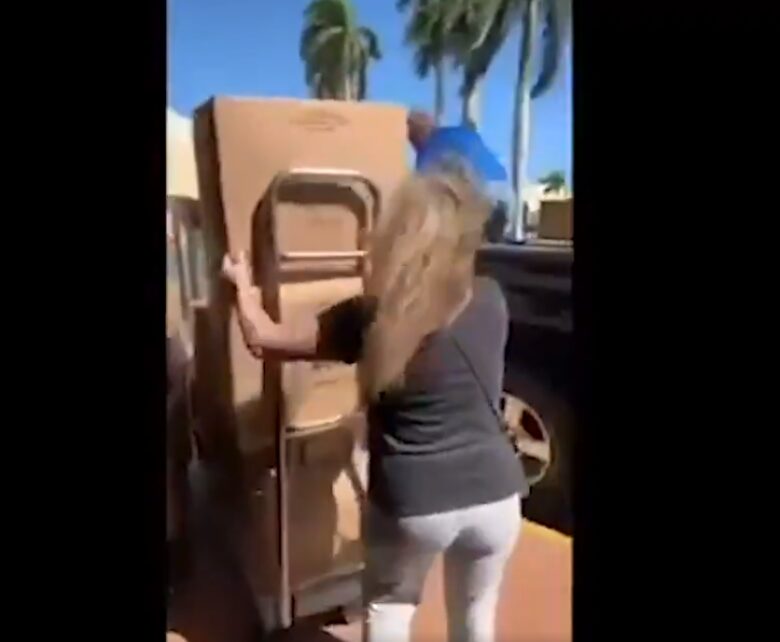 The passerby decided to record the whole situation. “Look at this wonderful woman who just told me to go f***myself and minding my own business, who just bought the entire store of toilet paper, paper towels, so that no one else can have any”, woman who taped everything said in the video. 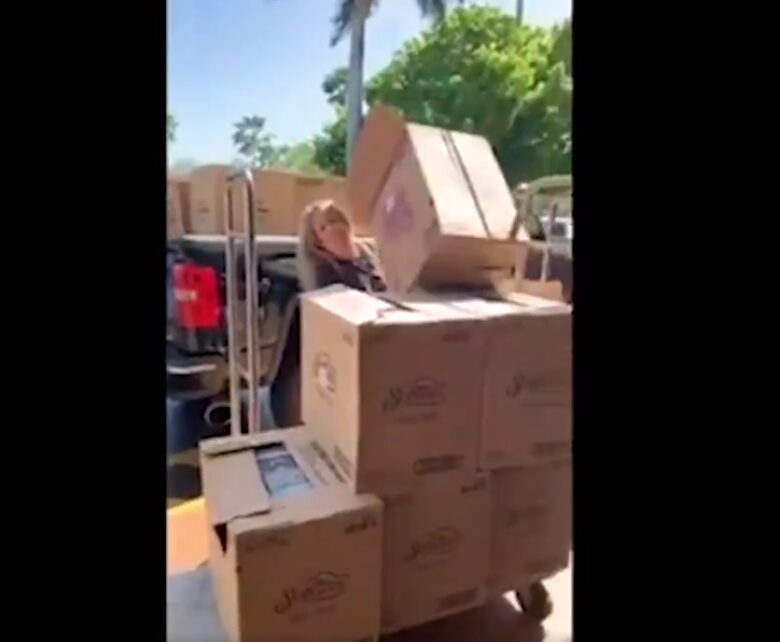 Then the argument between women begins.

The woman who is recording everything says: “I hope you’re not going to sell it to other people. Don’t worry, you’ll see here around the corner selling it for double in a minute”.

So this woman not only buys out a local Dollar Tree of every single box of paper towels, napkins, and toilet paper so that no one else can buy any, but caps it off with this:

And she got a reply. “That’s exactly what I’m going to do”, the woman who bought the products said.

The woman who is recording tells a man off-screen. “She bought it all from the store, and she thinks it’s right and OK. I bet you she likes Donald Trump too,” and the woman loading boxes of toilet paper shouts: “Donald Trump. Go, Donald Trump!” 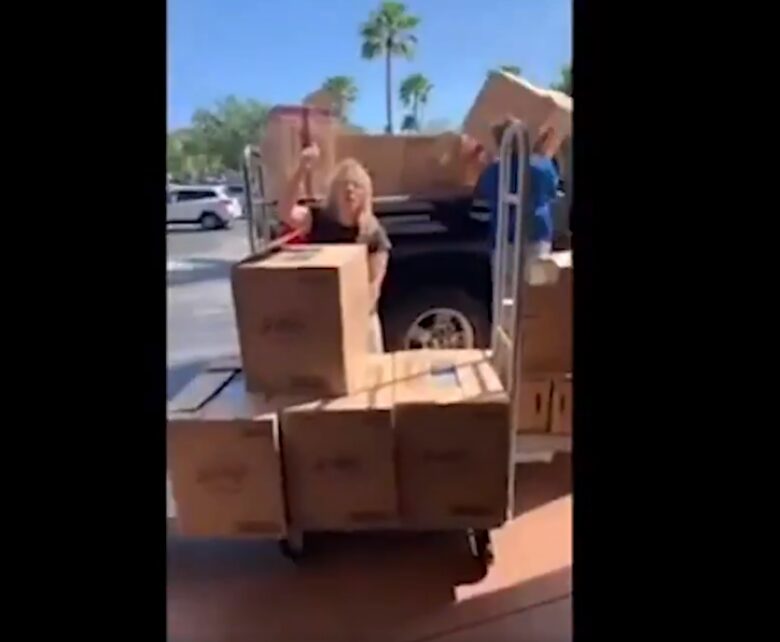 This video became viral and was shared on social media, where social media users condemned panic buying and blamed stores for allowing this kind of thing to happen.

Angela Merkel Does Her Own Shopping: 4 Bottles of Wine & 1 Toilet Paper Package