One Democrat Candidate Could Pose a Threat for Trump in November

EXPRESS – 02/03/2020: Republicans believe they have their man in Donald Trump. His campaign for reelection is well underway, and everything is going according to plan. As of now, it is not clear who is going to represent Democrats in the 2022 general elections. Trump’s closest advisers, who are working on his campaign, believe there is one man who could give POTUS run for his money.

The impeachment trial is as good as over, and Trump supporters believe that once he is cleared, nothing is going to stop him from getting reelected. But, there’s a long way to go until November. Those who know a thing or two about campaigns told us that there’s one man who could pose a serious threat to Trump. 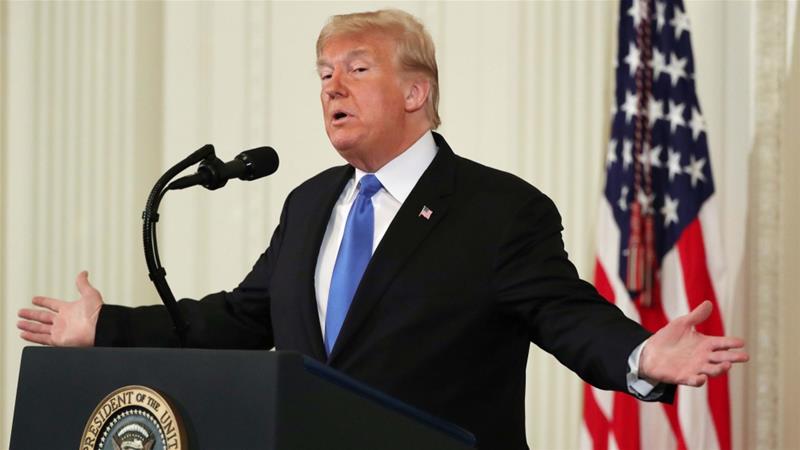 The person in question is no other than former New York City Mayor Michael Bloomberg. Republicans believe he has the same background as Trump and that the fact can lead to him stealing some of Trump’s Republican voters.

Bloomberg also has a good reputation in politics, considering that he was mayor of N.Y. City for more than ten years. Furthermore, he started pouring money in his campaign without thinking about consequences. His entry into the race for Democrat candidate was late but he’s making it up by investing heavily into advertising. So far, he spent almost $290 million on T.V., radio, and digital ads.

This approach is giving results as he already gained massive support in essential areas. Among others, he has mayors of Akron, Ohio, and Washington D.C. On his side.

Many of the ads you are watching were paid for by Mini Mike Bloomberg. He is going nowhere, just wasting his money, but he is getting the DNC to rig the election against Crazy Bernie, something they wouldn’t do for @CoryBooker and others. They are doing it to Bernie again, 2016.

President Trump doesn’t seem too worried about Michael Bloomberg. POTUS even stated that he would love to run against him. Trump has already launched an anti-Bloomberg campaign on twitter. President is mocking Bloomberg on every corner calling him Mini Mike. It remains to be seen if this approach will backfire on the 45th U.S. President. We might even get a 46th.