Since leaving the Royal family, Megan Markle has embarked on several endeavors that she claims will help women around the world, but for what we can see, things are not going the way she planned.

Her recent mentoring program is just one of several that allegedly failed, not because the program was not a good idea, but because the Duchess of Sussex did a project “just about her”, claims one expert.

In her first post-child video appearance, she launched a new women’s 40 x 40 work initiative, a global project that encourages people around the world to dedicate 40 minutes of their time to supporting women who want to return to work.

Megan’s idea was for famous and successful women to give up 40 minutes of their time to help women return to work after a year of lockdown.

“Since I turned 40, I’m asking 40 of my friends to set aside 40 minutes of their time to mentor women looking for work. More than 2 million women in the U.S. alone and tens of millions around the world have lost their jobs because of Covid. I think if we all dedicate 40 minutes of time, we can influence the problem, ”Meghan explained.

To celebrate the 40th birthday of The Duchess of Sussex, we are devoting 40 minutes of mentorship or service to a cause we care about. Please join us in donating your time. Together, we can contribute to a global wave of compassion and positive change. #40×40 #CompassionInAction pic.twitter.com/ebH8WnVibr

As part of her birthday message, she asked her followers to share the post on Instagram, asking them to spread the message. A fan post-proposal that reads: ‘To celebrate the 40th birthday of the Duchess of Sussex, we dedicate 40 minutes of mentoring or service to a goal we care about. Join us in donating your time. Together we can contribute to a global wave of compassion and positive change. # 40×40 #CompassionInAction ‘.

But very few people seem to have recognized the initiative, which is why many Royal family commentators feel Meghan got embarrassed on her birthday. By analyzing the posts posted in the first 24 hours after the video was posted, only 217 public posts were found sharing the post with the hashtag 40×40. The sad figure is likely to leave Meghan humiliated, who hoped her initiative would attract attention. But not even the mocking of the British tradition or Prince Harry dancing in a background didn’t help. 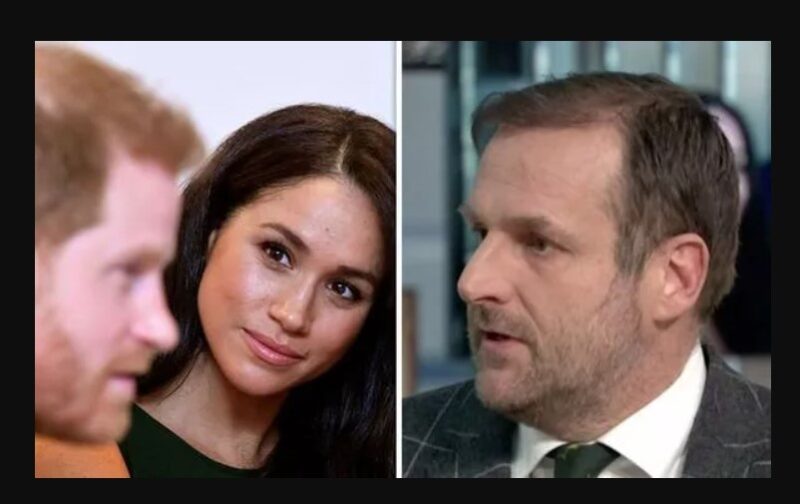 However, the Royal biographer Duncan Larcombe says that the idea did not go well in Great Britain, where hard-working mothers are not happy that Megan is “lecturing” them about returning to work from her villa worth 11 million dollars. Many cannot afford the possibility to go to work, nor find a job that fast.

“In that lecture, everything revolves around Megan, and it’s all rubbish. It’s been badly received in this country,” he said.

He called this initiative – meaningless.

“She should spend time trying to build bridges with the same people that she and Harry betrayed. That’s what I think most people in this country believe,” he added. 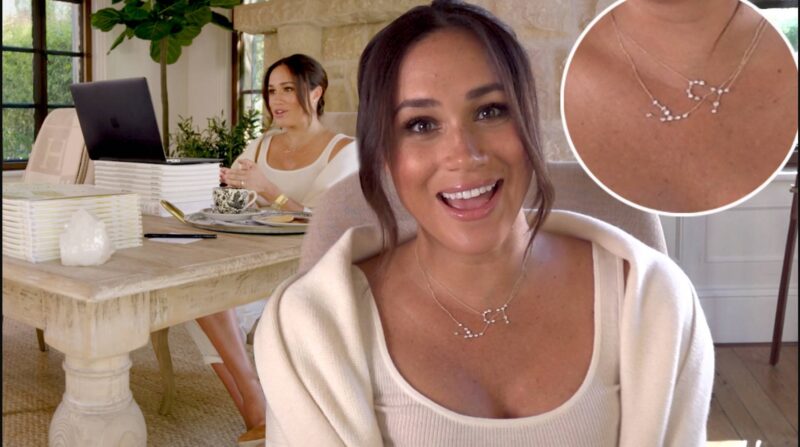 During the conversation, many were drawn to the jewelry Meghan wore rather than to what she was saying. Media were mostly writing about her neckless  and their meaning. Meghan wore two designed necklaces representing the zodiac signs of her children, son Archie who is born in the sign of the Taurus and daughter Lilibet who is Gemini by horoscope.

But that’s not the only thing that caught the viewer’s attention.

At one point the camera was filming her from behind and it was clear that there were photos of the children on her desk.

In the middle was a photo of Harry kissing baby Lilibet, and many commented that this was the first time we could see the royal baby before her official appearance.