Joe Flacco at Peace With His New Role in Career

NEW YORK POST – 05/27/2020: Joe Flacco joined New York Jets last week, and now we have heard from him for the first time as Jets quarterback. In the past, former Super Bowl MVP played for Baltimore Ravens and Denver Broncos. With Jets, he will act as a backup to their young star Sam Darnold.

During an interview with SiriusXM NFL Radio, Flacco stated: “I want to, first and foremost, help the team in any way possible, but also be a guy that Sam can lean on and can learn from. I would say those are the two most important things: to help out the guys on the team and to help out Sam to do all he can.” 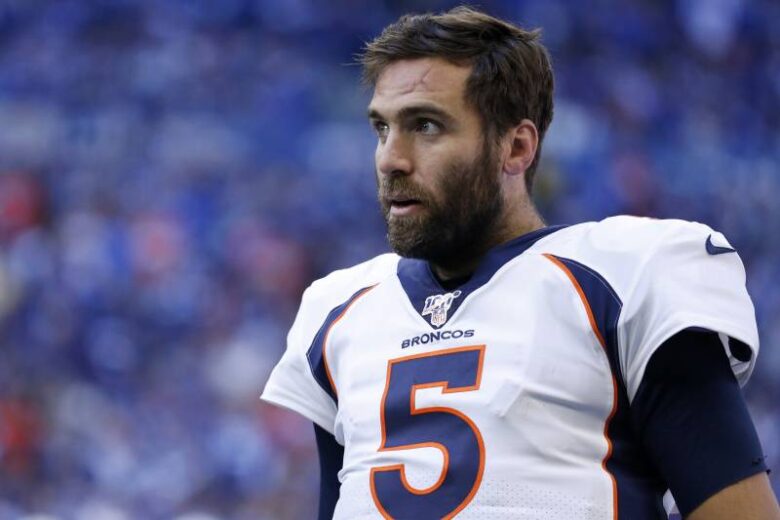 Last year wasn’t great for Joe Flacco as he sustained a season-ending injury in Denver. After being released, he found a new home with the New York Jets. This season will be the first time in his career that he is starting a season without competing for the starting job.

Talking about the surgery he underwent earlier in the year, former Raven said: “[I] took a while to really think about what I wanted to do. My mind was just all over the place, even a couple of months into the offseason. I was kind of going crazy about the whole thing.”

A seasoned veteran at the position is precisely what Jets need after their QB, Sam Darnold, struggled early in his career. Flacco seems to be at peace to serve as a backup for Sam after eleven seasons at the highest level.

On his desire and reason to return to the game, Joe Flacco said the following: “For me personally, I want to play football. I’ve had some things happen and got injured and had to have surgery. I’ve got to find my way back into the league. I want to play for years to come. I think these guys have given me a great opportunity and hope I can make the most of whatever my situation and whatever my role ends up being.”