Bruce Arians wouldn’t have taken Tampa Bay Buccaneers job if he was the one to shy from taking risks. He has a saying for taking chances after all. For those who don’t take a risk, there will be no biscuits, Arians like to joke. This season shows us how much he loves to take a gamble. His QB Jameis Winston threw 24 interceptions in 14 games. But, Arians is an old fox, so this might just be too much for him. Next year he could hire a gunslinger who is less prone to turning the ball away. We all know that coaches don’t love players who turn the ball over this much. Arians is no different. With the 2020 free-agent class having players such as Marcus Mariota, Ryan Tannehill, and Teddy Bridgewater, Winston could be on the exit door in Tampa. Most experts agree that Bridgwater could be an ideal fit for Buccaneers.

Teddy was learning under Drew Brees for two years in New Orleans. This season he even started a few games. During those games, we saw a glimpse of what Bridgewater can do. He showed flashes of potentially being a franchise QB. With Saint most likely sticking with Drew Brees for the next year, Bridgewater could switch homes. 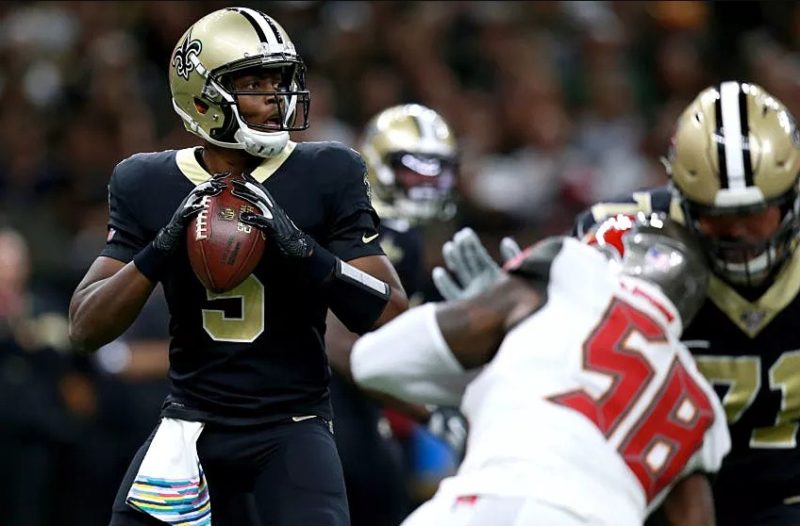 When Brees injured thumb, he was forced to miss a few games. Teddy was expected to fill in and keep the team in balance.No one expected that he was going to win all five games he started. He threw for 1.370 yards, nine TDs, and two interceptions. This was good enough for a 98.9 passer rating on a 67.7% completion rate.

As divisional rivals, Buccaneers saw it first hand how dominant Teddy can be. During week 5 match-up, Bridgewater threw for 314 yards, four touchdowns, and one pick. His passer rating was 131.2 on a 76.5 completion rate.

Unlike Winston, Teddy is not one to sling the ball at all costs. Yes, Arians loves quarterbacks who are not afraid to throw the ball, but Jaimes interception numbers are something to be worried about. Besides, he will be a free agent next year. With all of this combined, Teddy seems like a perfect choice. Tampa would take a player from a divisional rival, a young stud who can play, and be whatever his coach asks from him. It’s no secret that Arians is a fan of Bridgewater and that he repeated on multiple occasions that he’s a starting-caliber player in the NFL.

In 2020 free agency Tampa Bay will have enough cap space for Bridgewater. He will probably be cheaper than Winston. This switch would also leave space for Shaq Barrett’s extension.

All cards are in place, all that’s left is for Tampa Bay Buccaneers to pull the trigger on their former No1 lottery pick Winston, and continue their journey with Teddy Bridgewater as starting QB.