New York Jets seem like a team that can’t turn things around. Last year they finished the season with an abysmal score of 4-12. It was their fourth consecutive losing season, and it was what cost Todd Bowles his job. With new coach Adam Gase, things didn’t get any better. It was expected from him to get the team on the winning track. Everyone wanted new re-energized NY Jets. Unfortunately, what they got was more of the same.

At the moment, Jets are 5-9 and are out of playoff race. According to different sources, he already lost the locker room. When this happens, there isn’t much a coach can do. You just can’t overturn a 53 man roster. His coaching position is at stake.

Matt Miller of Bleacher Report claims that players have lost respect for Gase. It also happened a lot fast than expected. According to the player who talked with Miller, Gase’s reputation vanished with bad results, and players are turning away from him. The main reason is Adam’s attitude and, of course, lack of results, especially on the offensive side of the ball. 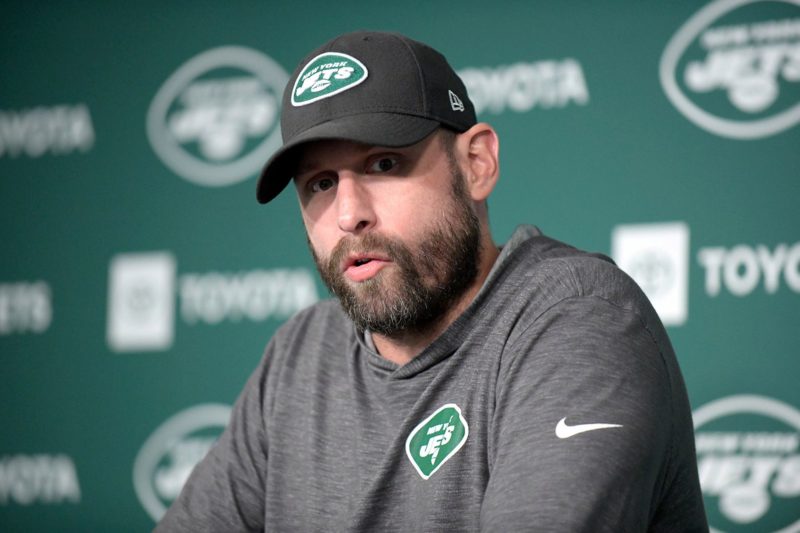 There aren’t many people blaming players for what is going on. Gase’s tenure with the Miami Dolphins doesn’t serve his case. Some players such as Ryan Tannehill are balling like All-Pros, while Dolphins are showing more passion and energy than Jets. Many things get better after Gase leaves, and that is a fact.

When you look stats such as total yards, Jets are 31st in league with 274.1 per game. Their number of total points puts them at position 27 with 17.6 points per game. The team that has Le’Veon Bell, Robby Anderson, and Sam Darnold needs to do better.

At the moment, Gase’s head coach position is safe, but that could change. If Jets don’t improve in the last two games, he could be done for. A coach shouldn’t be judged for his first season, but nothing is going well for Gase. Many people are not sure that the Jets should let him pick a player in the upcoming draft.

With current players lacking respect for him, it will not be too long before new ones start doing the same. All that remains is to see how will this season end for Jets, and then we will know what future holds both for Gase and this franchise.

Astrologers Claim: This Date in 2020 Is Perfect for Your Wedding Day!