Prince Harry and Meghan Markle’s royal wedding was one of the highest profile weddings of the decade. Less than a year after that, on 6th May, 2019, the couple welcomed their first child. The new chapter in the history of the Windsor family was opened thanks to them. 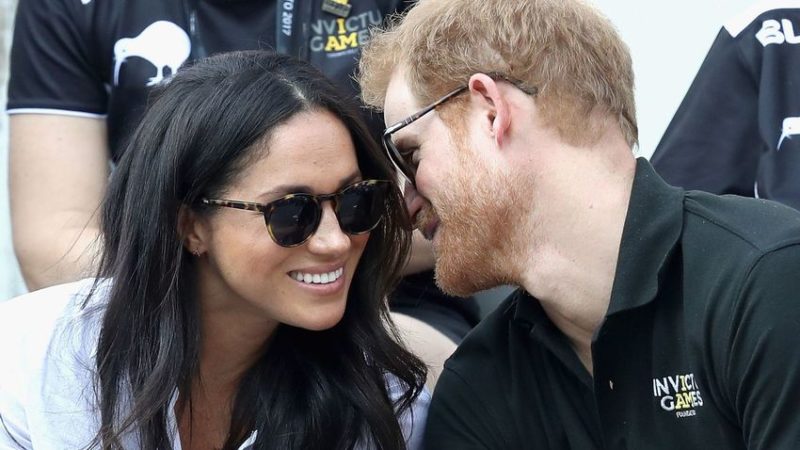 In early July, 2016, a mutual friend set a blind date for Harry and Markle, and that is how the couple met. During their fist interview with the BBC, right after their engagement announcement, Harry explained: „We were introduced actually by a mutual friend.“ It is not known who that friend was, it has been speculated that it was fashion designer Mischa Nonoo, while E! News claimed that it was Violet von Westenholz.

Prince Harry is a very famous royal, but Markle explained that she wasn’t aware of his title, and who he was before they met, saying: „Because I’m from the States, you don’t grow up with the same understanding of the royal family. I didn’t know much about him, so the only thing that I had asked [our mutual friend] when she said that she wanted to set us up, was, ‘Well is he nice?’ Cause if he wasn’t kind, it just didn’t seem like it would make sense.“

Markle added that the date went really well, saying: „We met for a drink and then I think very quickly into that we said, ‘Well what are we doing tomorrow? We should meet again.“

The first date was when Harry knew he wanted so spend his life with Markle.

Soon after their second date, Prince Harry invited Markle to join him on a trip to Africa. He said: „I managed to persuade her to come and join me in Botswana and we camped out with each other under the stars. Then we were really by ourselves, which was crucial to me to make sure that we had a chance to get to know each other.“

How The World Found Out About Them 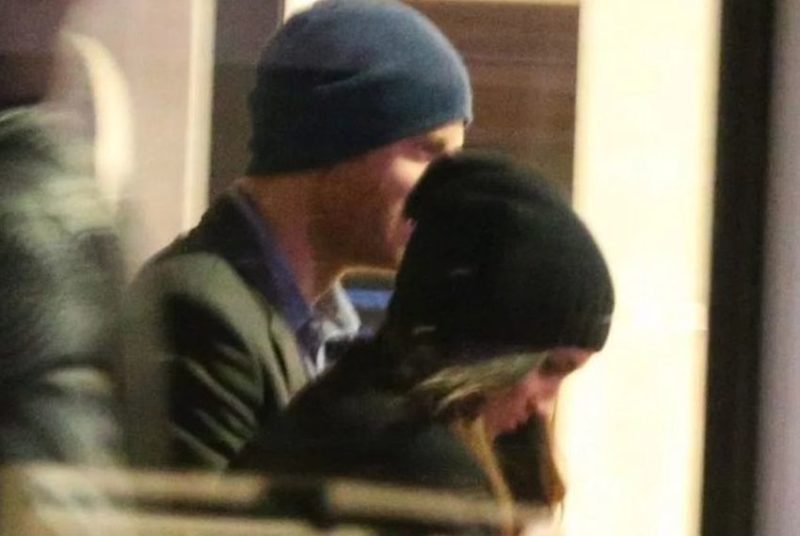 On 31st October, 2016, the news about them dating leaked. Sunday Express published a story about it, writing that a source told them that Harry was „happier than he’s been for many years“. Same day the article was published, Markle posted a picture of two bananas spooning on her Instagram.

Markle later explained that the period before the news leaked was amazing. She said: „We had a good five, six months almost with just privacy, which was amazing.“

How Markle Met The Royal Family 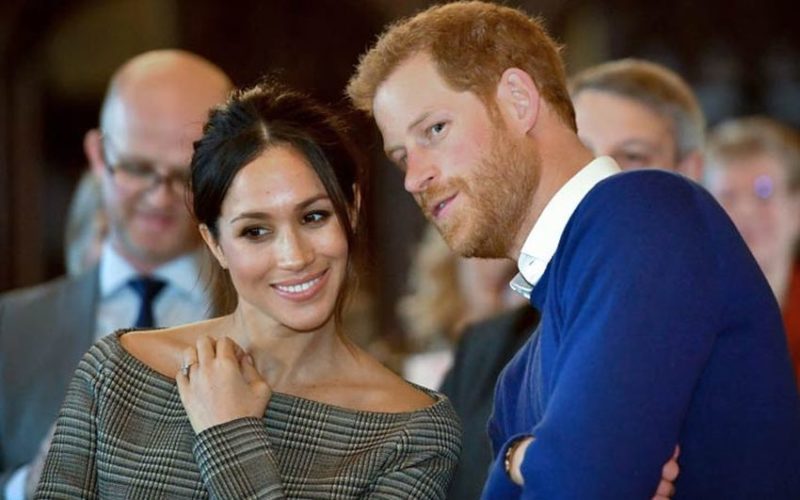 In November 2016, Markle had an interview with the Vancounver Sun, where she talked about her collaboration with Reitmans, her charity work with World Vision, and her plans for the holidays. She didn’t really talk about Harry, but she did say: „So, my cup runneth over and I’m the luckiest girl in the world!”

On the other hand, People magazine published an article claiming that Markle was introduced to Prince Charles by Harry.

On 8th November, 2016, Harry made a formal statement in which he confirmed his relationship with Markle and also asked the press and trolls on social media to stop the „wave of abuse and harassment“ towards Markle. 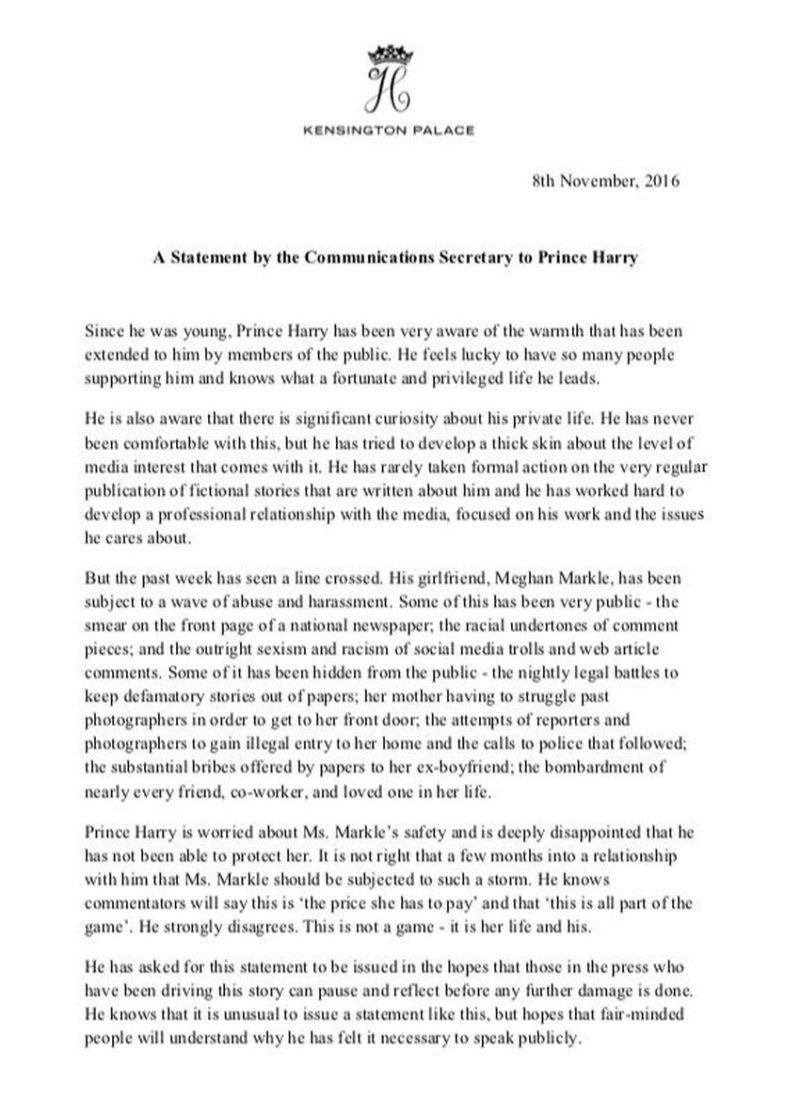 While talking about the media scrutiny, Harry explained that „both of us were totally surprised by the reaction“ in BBC interview.

Many thought that since Markle was an actress, media attention won’t bother her that much, but she claimed that she was not prepared for all that. She said: „There was a misconception that because I have worked in the entertainment industry that this would be something I would be familiar with. But I’ve never been part of tabloid culture. I’ve never been in pop culture to that degree and lived a relatively quiet life.“

She also added: „I think we were just hit so hard at the beginning with a lot of mistruths that I made the choice to not read anything, positive or negative. It just didn’t make sense and instead we focused all of our energies just on nurturing our relationship.“ 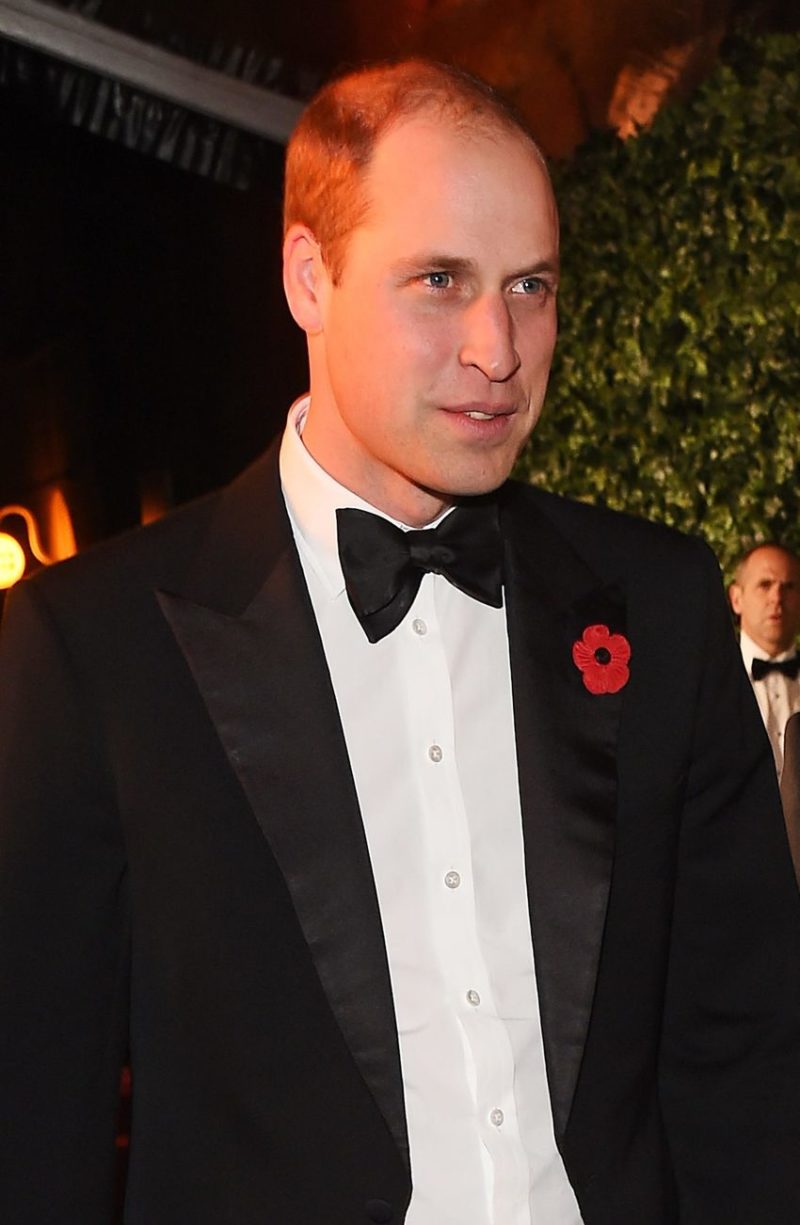 Prince William was forced to say something about rumors that he was unhappy with his brother’s decision to open up about his relationship with Markle. On 27th November, 2016, Prince William released a statement, reading: „The Duke of Cambridge absolutely understands the situation concerning privacy and supports the need for Prince Harry to support those closest to him.“

In December 2016, Markle was photographer in Toronto wearing a gold necklace featuring letters M and H. In the same month, she and Harry were spotted picking out a Christmas tree, and also walking through the Soho area. On their way to seeing The Curious Incident of the Dog In the Nightime, the couple was spotted holding hands. 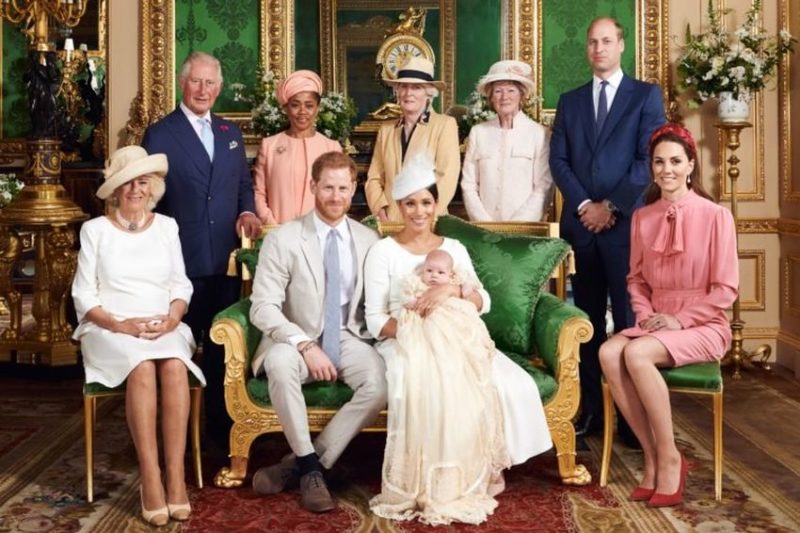 A source claimed that the Queen was „delighted to see Harry in a loving relationship.“
During the BBC interview, Markle talked about the Queen, saying: „It’s incredible to be able to meet her through his lens, not just with his honor and respect for her as the monarch, but the love that he has for her as his grandmother. She’s an incredible woman.“
Same year, both Harry and Markle spent Christmas with their own families, but for a New Year’s Eve they were together in London. 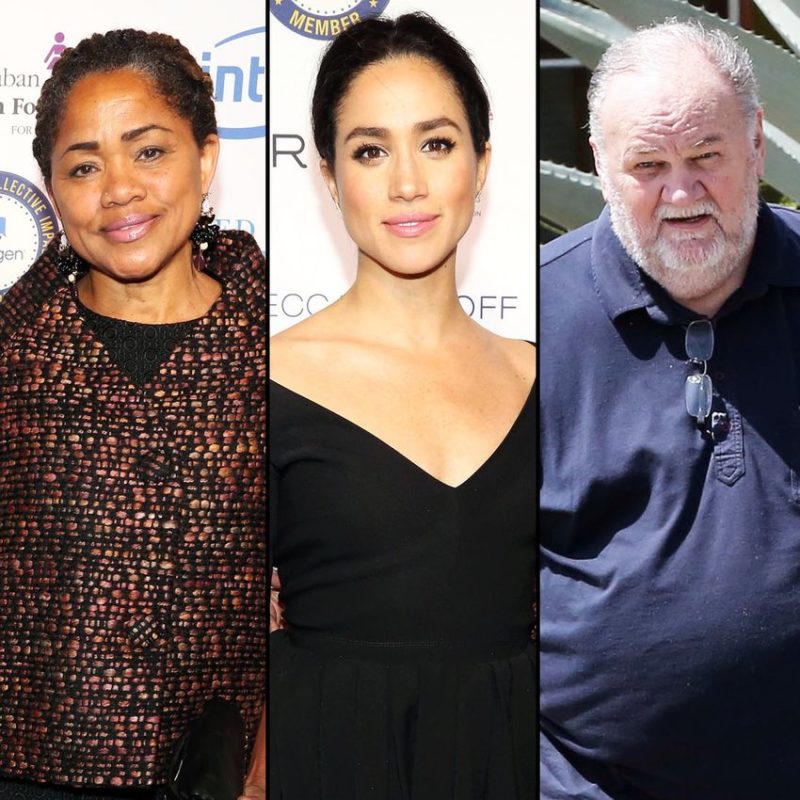 In 2016, Markle’s mother graduated from the University of Southern California, and received her Masters in Social Work, which Markle attended. She was very close to both of her parents.

During their engagement announcement, Markle said that her father and Harry had spoken few times, but her father „hasn’t been able to meet him just yet.“

Soon after celebrating New Year together, Harry and Markle, went on a romantic getaway in Norway, staying in Harry’s friend, Inge Solheim’s property in Tromso. A source told The Sun that Harry „put a lot of thought into it and wanted to make it as romantic and special as possible.“

How Markle Met Kate And Charlotte 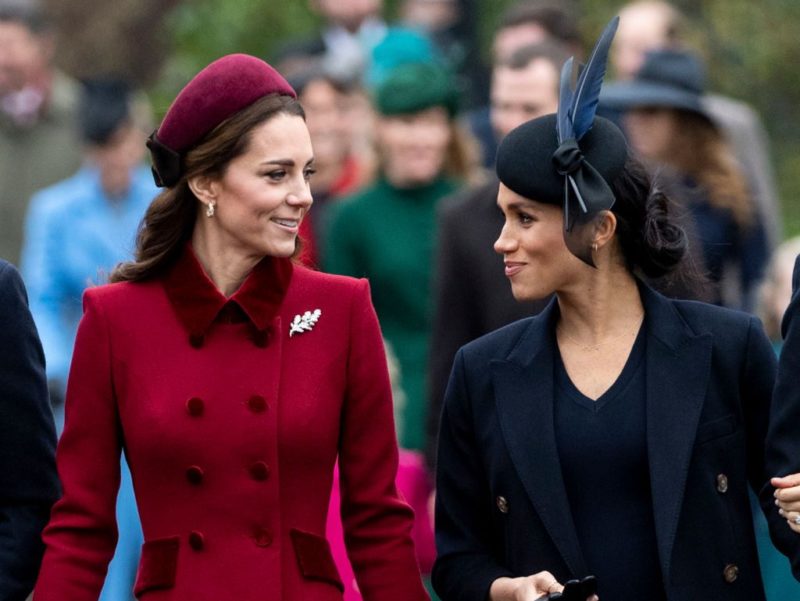 In early 2017, Markle was introduced to Prince William’s wife and daughter, Duchess Kate Middleton and Princess Charlotte by Harry.
Markle said of Duchess: „She’s been wonderful.“ 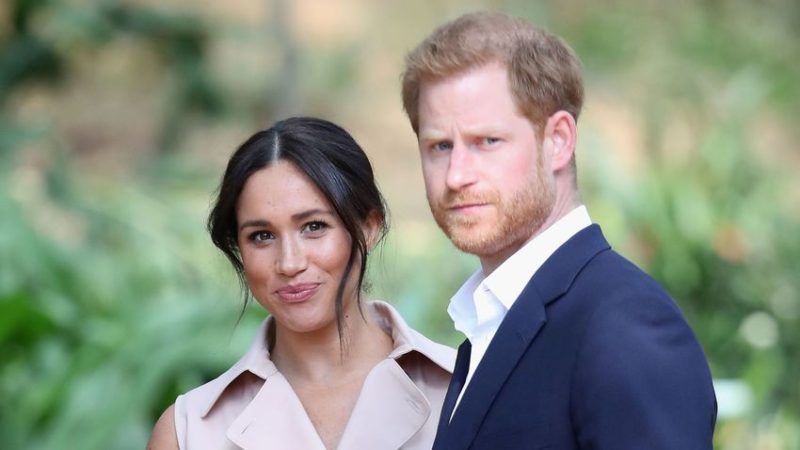 Markle was filming her USA Network series Suits in Toronto, Canada, and Harry had his royal duties in London. Maintaining their long distance relationship wasn’t easy, but they were often seen together, holding hands. A source claimed that their engagement is fast approaching, saying: „I know that sounds a bit crazily soon, but he’s head over heels and they can’t bear to be apart.“

In March, Markle joined Harry in Montego Bay, Jamaica, where they attended Harry’s childhood friend Tom Inskip’s wedding. People magazine wrote about how close they seemed at the wedding, and pretty much in love. The couple spent Easter together in Toronto.

In April, Markle decided to shut down her lifestyle website The Tig, because of her busy schedule. She shared a statement on the website and Instagram, reading: „What began as a passion project (my little engine that could) evolved into an amazing community of inspiration, support, fun and frivolity. You’ve made my days brighter and filled this experience with so much joy. Keep finding those Tig moments of discovery, keep laughing and taking risks, and keep being the change you wish to see in the world.“ 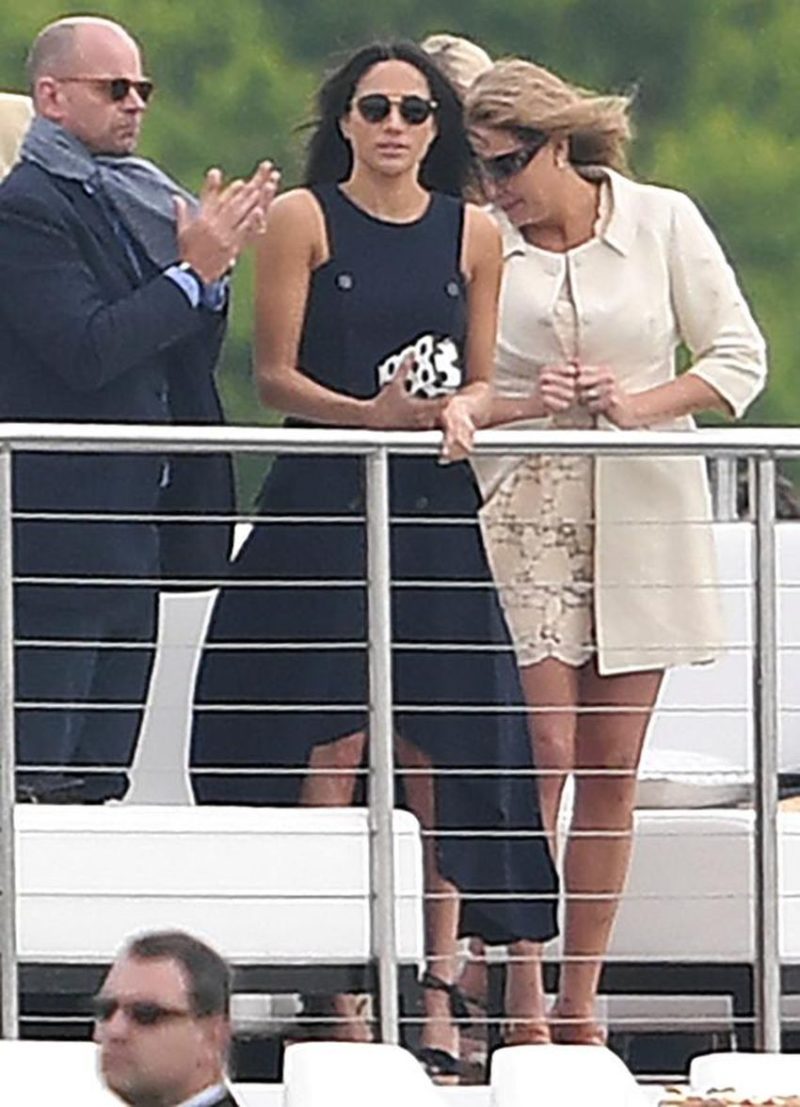 Harry and Markle’s first public appearance as a couple was at the annual Audi Polo Challenge in Ascot, England. The couple even shared a kiss.
Days ahead of Pippa Middleton’s wedding, Markle came to London. She wasn’t at the ceremony, but it was reported that she went to the reception.
For Markle’s 36th birthday, the couple traveled to Africa, visiting Botswana, and Victoria Falls. 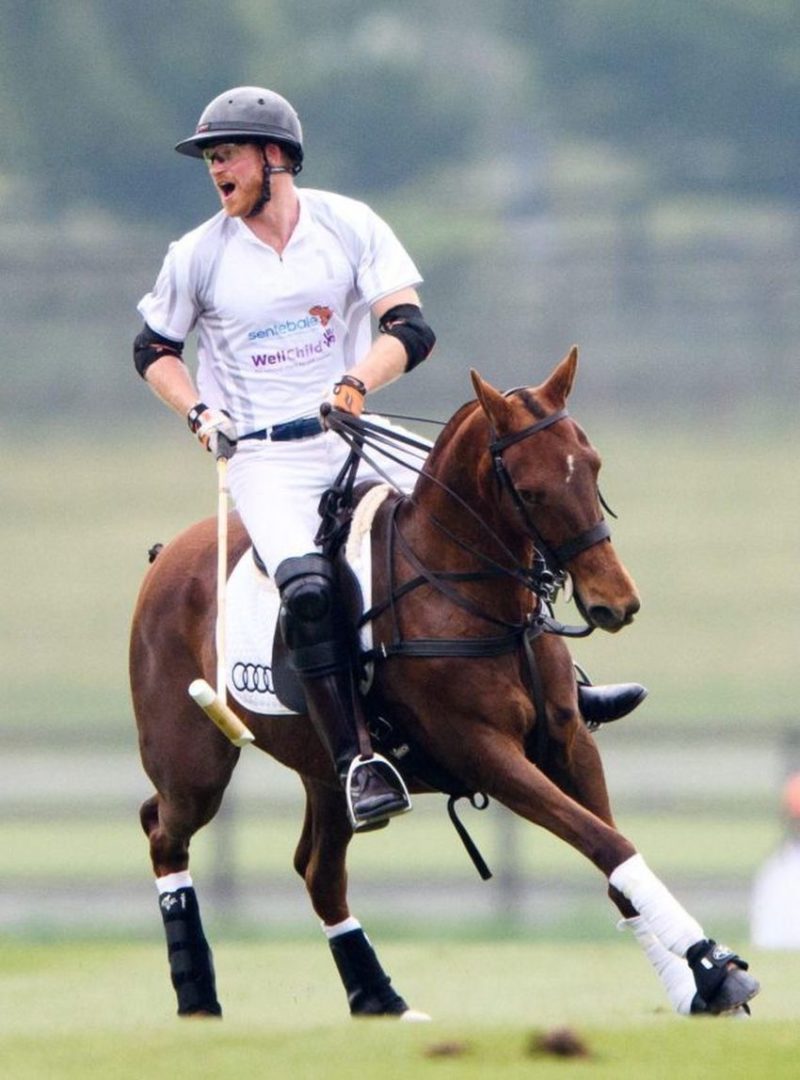 The first time Markle opened up about her relationship with Harry was during her interview with Vanity Fair in October 2017, she said: „We’re a couple. We’re in love. I’m sure there will be a time when we will have to come forward and present ourselves and have stories to tell, but I hope what people will understand is that this is our time. This is for us. It’s part of what makes it so special, that’s just ours. But we’re happy. Personally, I love a great love story.“
Markle joined Harry to an official royal appearance for the first time at the Invictus Games opening ceremony. Her mother, Doria Ragland was there too. In the BBC interview, Harry said: „Her mum’s amazing.“ 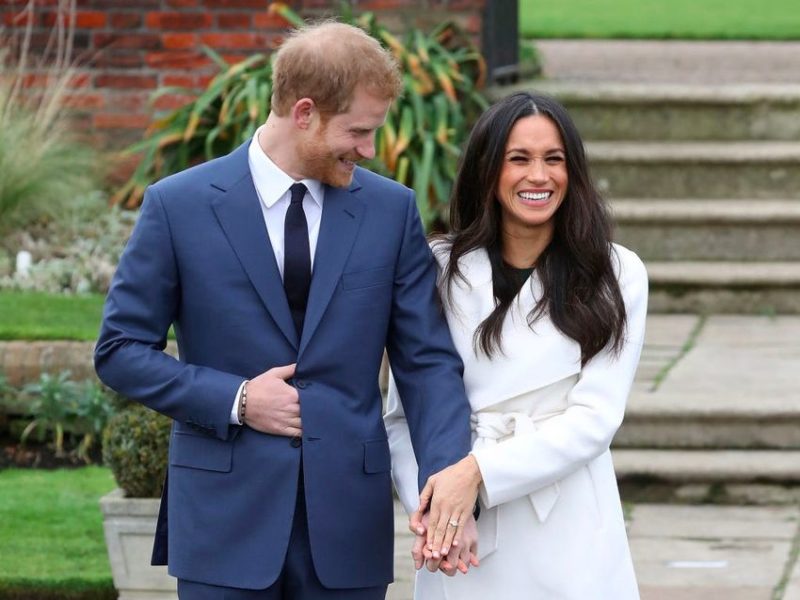 On 27th November, 2017, Markle and Harry announced that they were engaged. The news was marked with a photoshoot and a formal interview. Soon after, Markle has been introduced to the British public, and started attending official royal events alongside Harry. 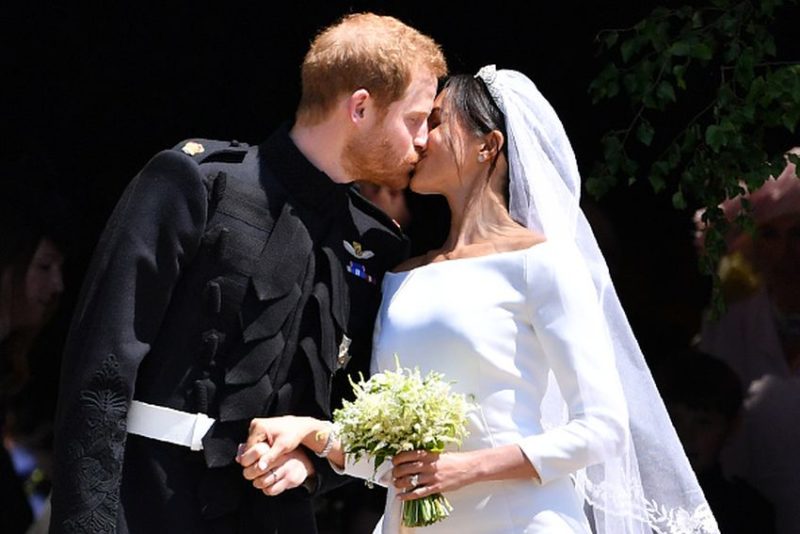 On 19th May, 2018, at Windsor Castle, Prince Harry and Meghan Markle got married. Many celebrities attended the wedding, including Oprah, David and Victoria Beckham. Markle wore Givenchy gown for the ceremony, and Stella McCartney dress for the reception. Two days after, on 21st May, the couple’s official portraits were released. 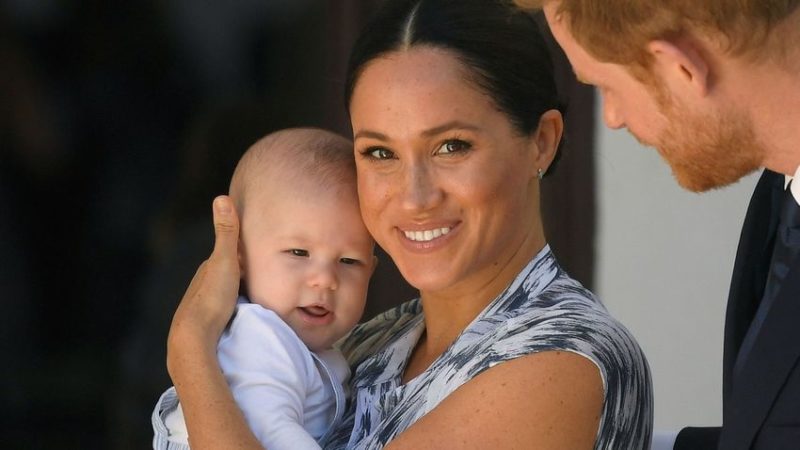 Few months after the wedding, on 15th October, Kensington Palace announced that Harry and Markle were expecting their first child. At the same time they were in Australia for their first joint royal tour.

On 6th May, 2019, the couple welcomed their son, who is seventh in line for the throne. Prince William has three children: Prince George, Princess Charlotte, and Prince Louis, so Harry and Markle’s son is Prince Charles’ fourth grandchild. On the other hand, the baby boy is the first grandchild for Markle’s mother, Doria Ragland.