Home Celebrities Celebrities Sing “Imagine” in Isolation and the Internet Hates It!
CelebritiesCoronavirusEntertainment

Celebrities Sing “Imagine” in Isolation and the Internet Hates It!

As the whole world struggles with the coronavirus, actress and model Gal Gadot came up with the idea of ​​doing one creative thing. The 34-year-old star has made arrangements with her celebrity friends to sing the legendary John Lennon’s hit “Imagine” together. 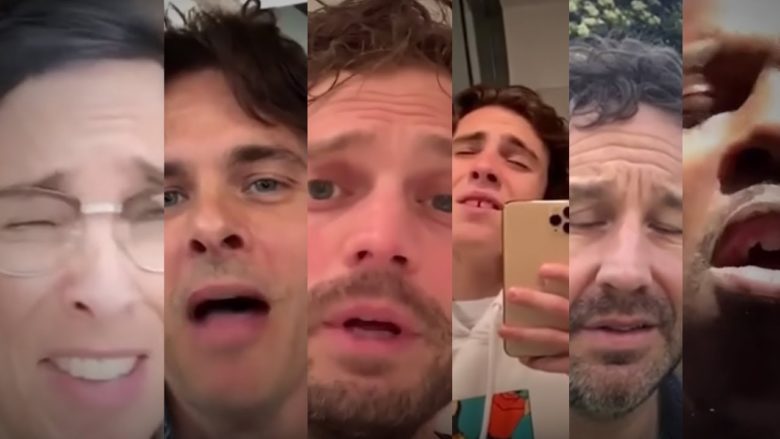 “We are in this together, we will get through it together. Let’s imagine together. Sing with us. All love to you, from me and my dear friends”, Gal Gadot wrote in the caption.

Here’s a clip that has become a hit on social media.

The website slate.com ranked from the least annoying to most annoying celebrity performances in the video. “Twenty-two hideous performances, ranked”, Slate wrote at the beginning of their article.

me seeing some of my fave celebrities singing in the gal gadot video pic.twitter.com/i1iKVDPuRz

“We’ve witnessed some two dozen celebrities perform deeply embarrassing displays of earnestness. It’s honestly hard to watch—but not uniformly so”, they wrote. So the last spot was saved for Leslie Odom Jr. Before him were Maya Rudolph and Lynda Carter.

On the other hand, according to Slate, the initiator himself, Gal Gadot, earned a third-place on this list. In the second place were the trio of Ashley Benson, Kaia Gerber, and Cara Delevingne.

To Gal Gadot and all the rich celebrities in that video with money, top insurance, and are out of touch to the struggle of everyday American during this time:

The struggle is real people are losing their jobs and they don’t need a Beetle song trying to make it better. pic.twitter.com/27P5HqQeWp

The title of the unbearable annoyance in this video holds Eddie Benjamin, whom this site described as “floppy-haired kid whom you didn’t recognize, the one who sort of looks like a bizarro-world Timothée Chalamet”. Australian singer recently got under the spotlight when he started dating Maddie Ziegler, the teenage dancer and reality star.

me closing the gal gadot video out after the first lyric pic.twitter.com/SuXXz3YlNE

What do you think of this video?

How to Design Your Perfect Living Room

The Amazing Diet of Christina Aguilera