There are not many women in the world who would say that Johnny Depp isn’t one of the most handsome men nowadays, even though he is not 30 anymore. However, some women would say anything to warn you about such men. One of them is Amber Heard, his last love, who he had a nasty break up with. 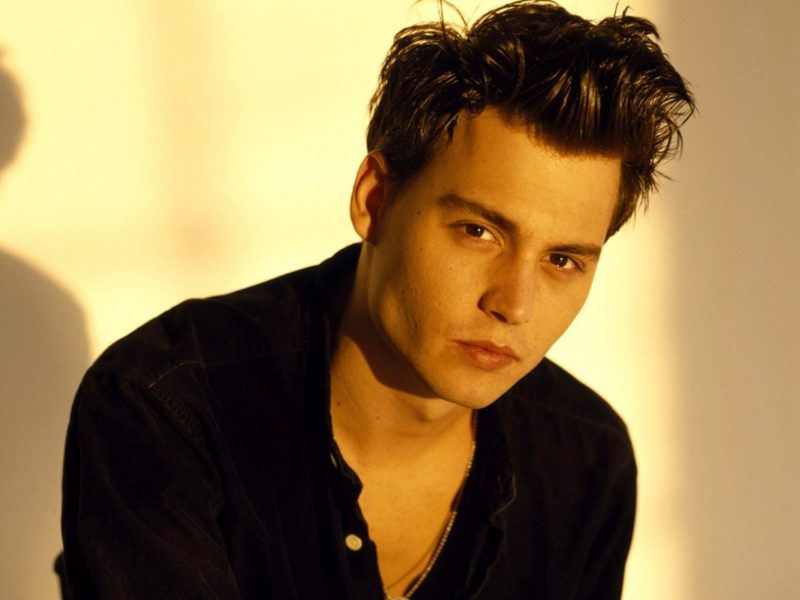 There are speculations that their romance started before the separation from Vanessa Paradis was confirmed. They met on the set of “The Rum Diary,” and they were romantically linked from the very beginning, although they began living together the following year when they got married as well.

The marriage lasted for 18 turbulent months, but it crashed when Heard had a restraining order on Depp over allegations that he threw a cellphone at her face. Later at the trial, she stated that Johnny Depp physically assaulted her during their 18-month marriage. 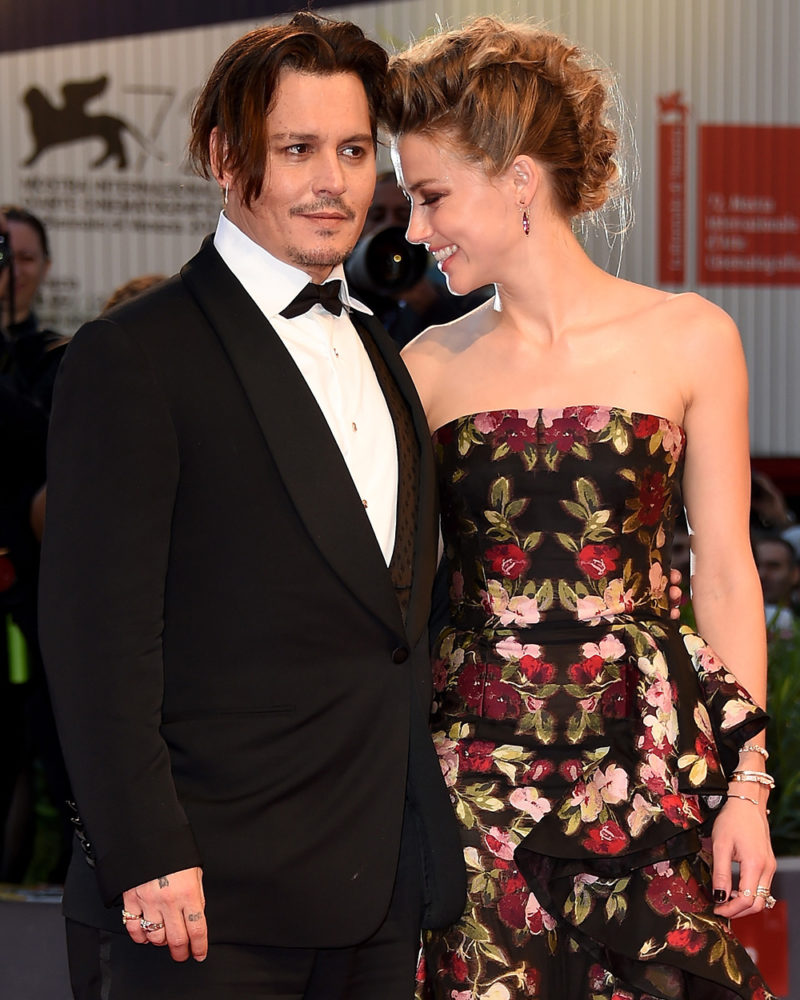 On the other hand, he accused her of being the cause of losing his part in “Pirates of Caribbean.” The latest news are coming in the form of an audiotape, where she admits that she was the one hitting him, but they eventually agreed to a $ 7 million divorce settlement.

Johnny Depp’s ex-wife, who he had left because of her, was French actress Vanessa Paradis. It looked like it was going to be the “happily ever after,” as the couple had two children and 14 years together. Depp and Paradis got together in 1998 when they met during the filming of Roman Polanski’s movie “The Ninth Gate.” A year after they got together, their first child, daughter Lily-Rose Melody, was born, followed by their son John’ Jack’ Christopher in 2002. 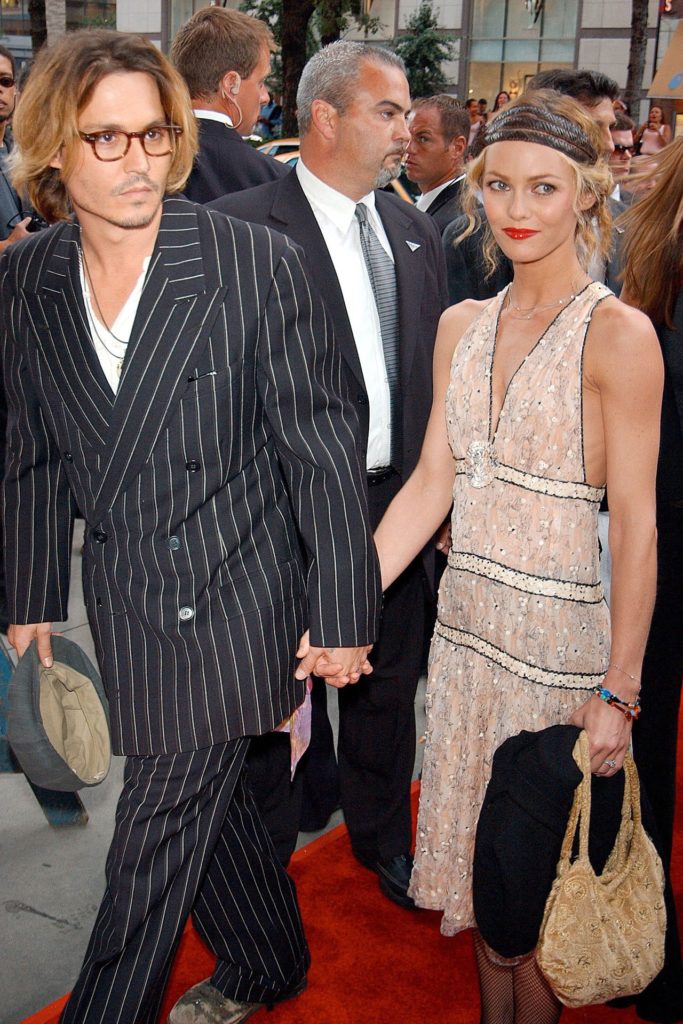 Although they never got married, their relationship was strong. She said at the time: “I love the romance of ‘let’s get married, but then when you have it so perfect … I mean, I’m more married than anybody can be – we have two kids. Maybe one day, but it’s something I can really do without.” In 2010, she also gushed: “I could make an endless list of all the things I admire about him.”

Unfortunately, that fairy tale eventually did have its end, which started even before the rumors about the romance with Amber. At these difficult times with Vanessa, Johnny said: “Relationships are very difficult. Especially in the racket that I’m in because you’re constantly away or they’re away, and so it’s hard. It wasn’t easy on her. It wasn’t easy on me. It wasn’t easy on the kids. So, yeah. The trajectory of that relationship – you play it out until it goes, one thing leads to another.” 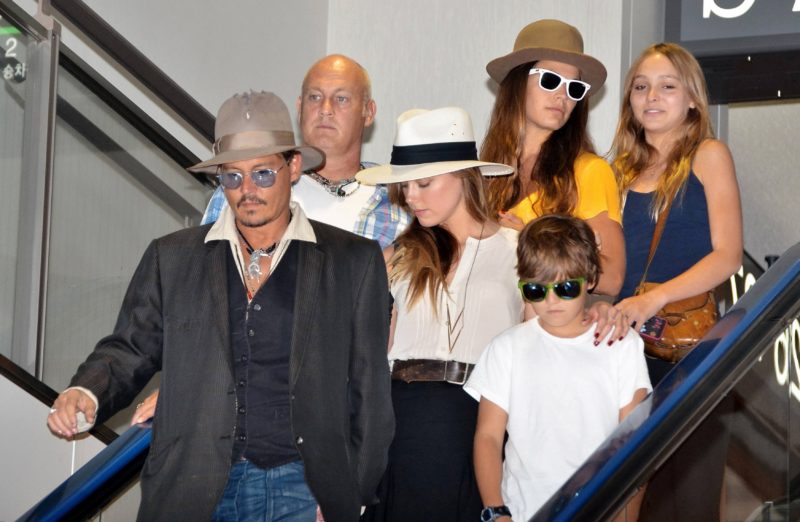 Depp, as handsome as he is, seemed never to have trouble finding beautiful and interesting girlfriends. In the 90s, he was dating supermodel Kate Moss, and paparazzi just loved two of them in New York bars. They seemed like true soul mates, but his ” mood swings”, as both Moss and decades later, Amber Heard said, were too much to cope with. After four years, they split up, but it didn’t take much time until he hooked up with another supermodel, Kate’s good friend. 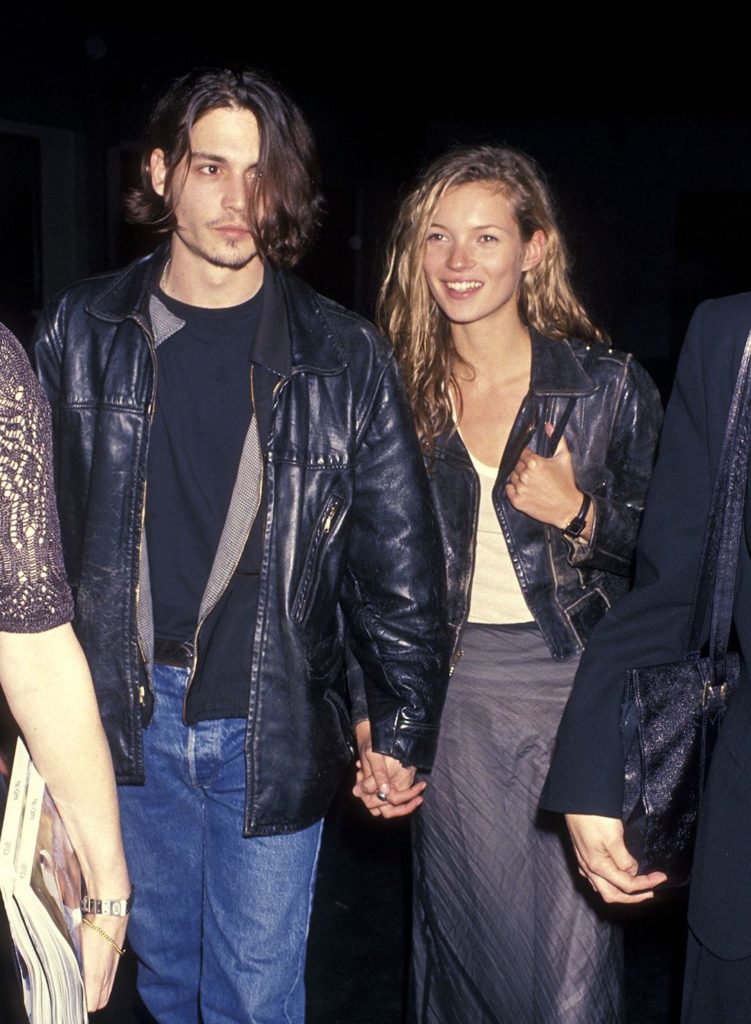 Relationship with Naomi Campbell was short, and many people even find this rumor hard to believe due to the girls’ close and enduring friendship. 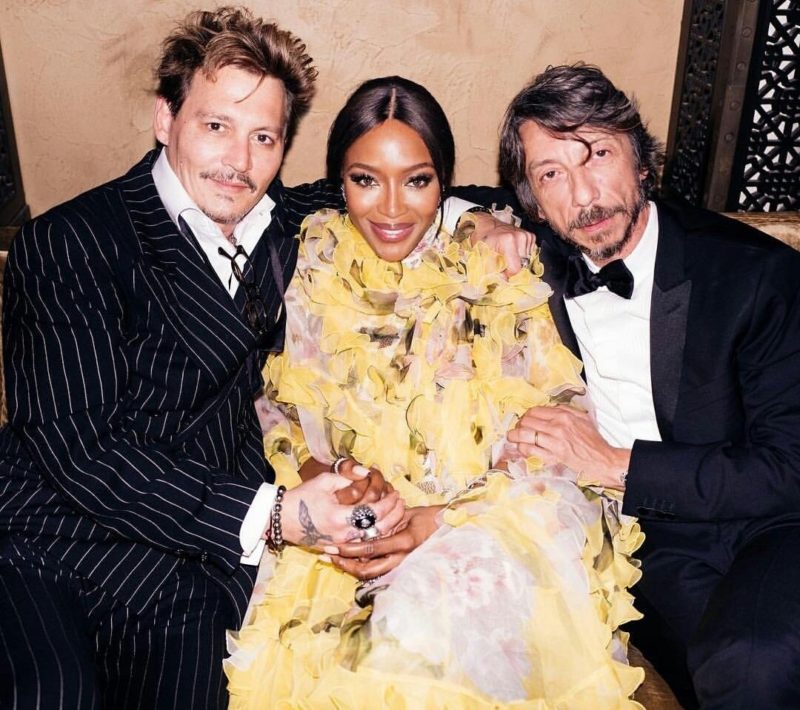 Speaking of gossips, Johnny Depp was rumored to be linking up with Ashley Olsen after he was spotted leaving her apartment in 2012. A year before, he allegedly hooked up with “Dark Shadows” co-star Christina Ricci. 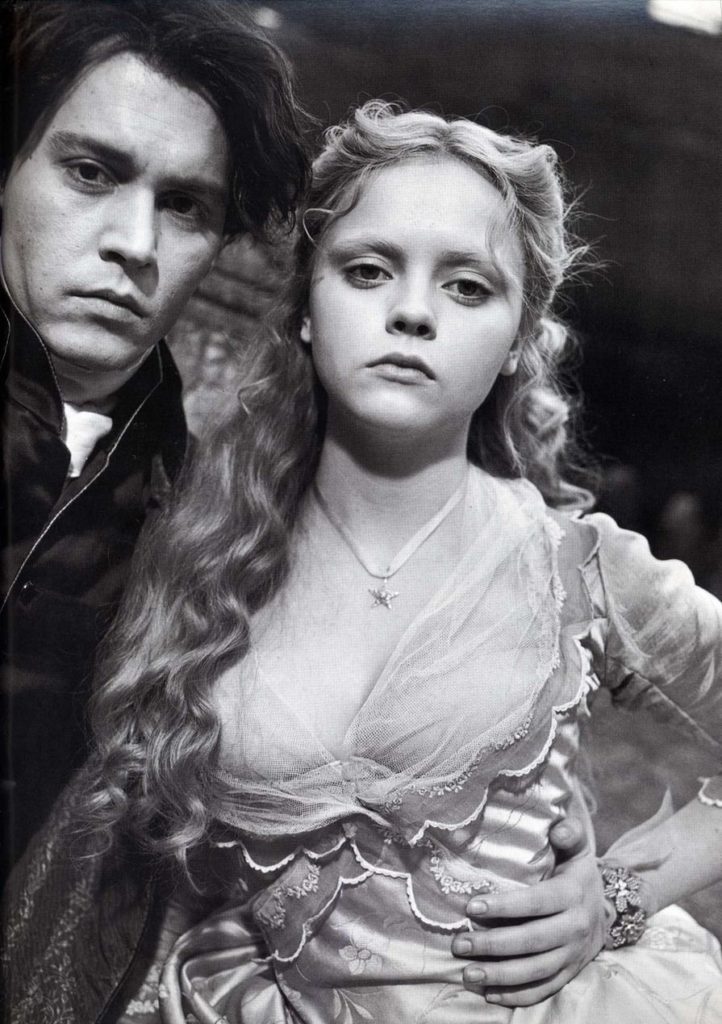 Among lots of tittle-tattles, Juliette Lewis was not one part of them. Her and Depp hooked up 1993 after they met on the set of “What’s Eating Gilbert Grape.” The pair became engaged, but it all came to nothing. This punk rock singer and actress had been with Brad Pit before Johnny showed up.

Another girl that took his heart enough to have her name tattooed is Winona Ryder. They even got engaged, but the relationship lasted only three years. Finally, he had to modify his tattoo after their split in 1993, from “Winona forever” to “Wino Forever.” 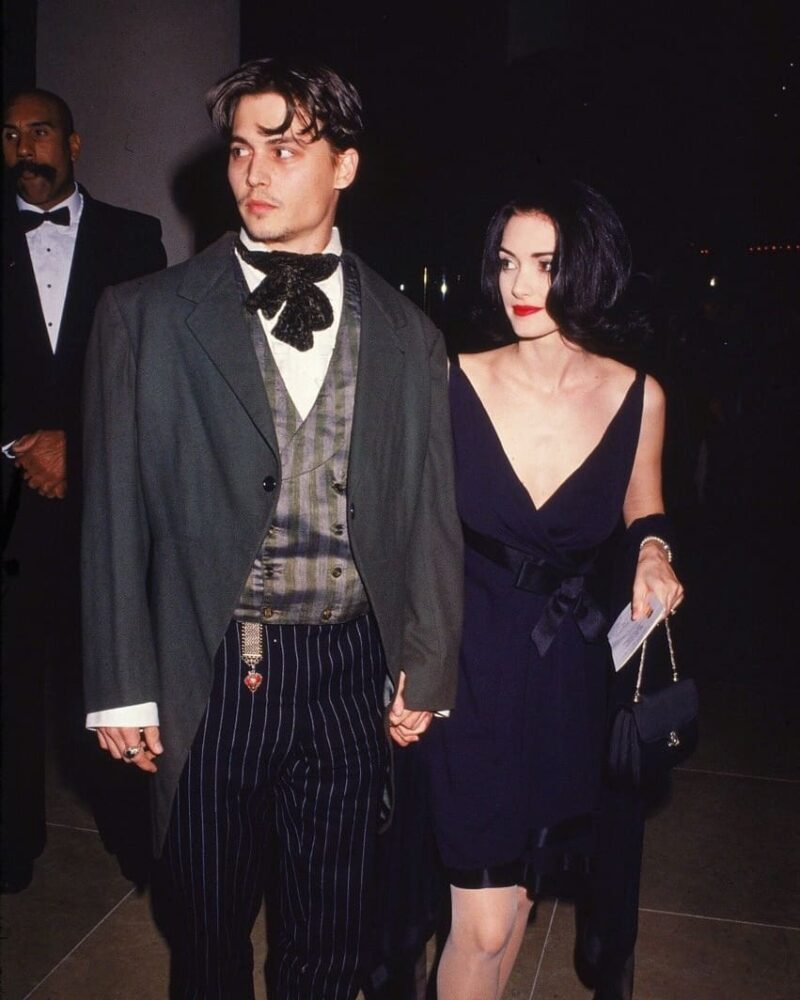 Another 3.5-year-long relationship was with Sherilyn Fenn. They met in 1985 on the set of student film “Dummies.” Even though they also got engaged, the romance was over in 1988.

One more fascinating speculation is that he was with adult movie star Traci Lords, who he worked in 1990 film “Cry Baby” with. People were seeing them together, but two of them didn’t admit being in a relationship. In 2003 the actress published her autobiography “Traci Lords: Underneath It All,” where she claims that she almost had an affair with Depp, but that she couldn’t bring herself to go through with. 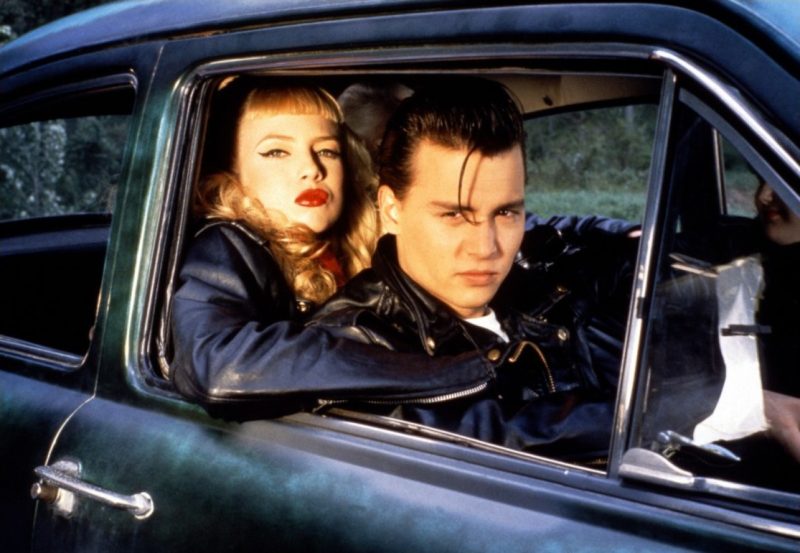 “I was thinking, ‘Would Johnny expect me to be amazing in bed?’ What if I wasn’t? How could I possibly date anyone, let alone sleep with him, with all this pressure? He climbed into bed next to me and smiled. I was nervous as heck with him so close.”, she wrote in her book. 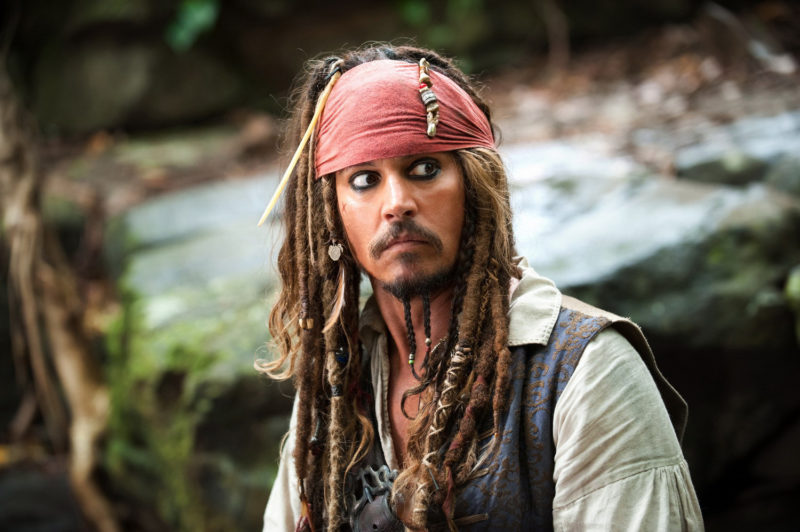 Johnny Depp is currently single, busy working on “Minamata” and “Fantastic Beasts and Where to Find Them 3”, but knowing him, it won’t last long. The sure thing is that there’s nothing to worry about, because, as he said:

“Life’s pretty good, and why wouldn’t it be? I’m a pirate, after all.”

These Celebrity Couples Split Right After Having a Child