A Better Destination for Joe Flacco, Vikings or Bengals?

Both Minnesota Vikings and Cincinnati Bengals know their starters for the next year, but they need backup quarterbacks. Furthermore, they approach the same issue from different perspectives. One name could suit both teams, and his name is Joe Flacco.

For Vikings, the starter is going to be Kirk Cousins, and according to Matt Bowen of ESPN, they need a security blanket. The perfect solution to him is Joe Flacco, who is a somewhat similar player to Cousins in terms of skill set. 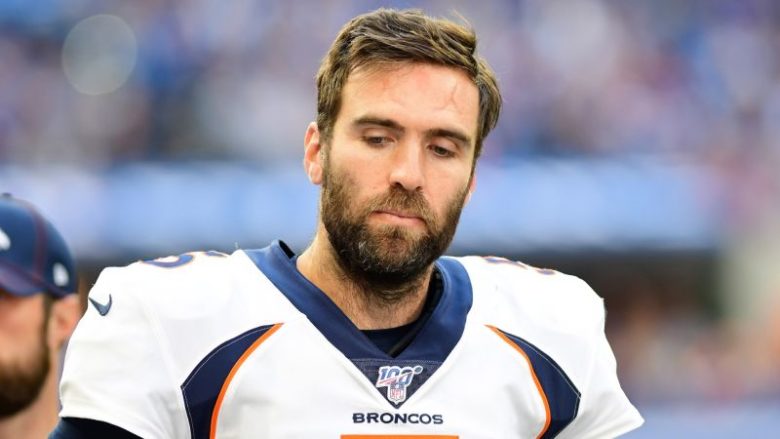 Flacco is a Super Bowl winner, and seasoned veteran, and could be an excellent addition to Vikings quarterback room. During the last season with Denver Broncos, former Ravens star played in eight games recording 1,882 yards, six TDs, and five interceptions.

Read Also: What Will Happen in NFL Now?

At the moment, Flacco is recovering from neck surgery, which would keep him out of action until the preseason.

On the other side, we have Bengals, who will start their rookie QB and the first overall pick of this year’s draft, Joe Burrow. His new team made it clear that they are not looking to add a veteran presence in the quarterback room. But, the free-agent market is a strange one, and things could change until the season starts.

Flacco makes sense for many reasons. He spent most of his career in AFC North; he knows the opponents, the fans, the stadiums, and his vast experience could help to guide Burrow in his first season. His presence on the Bengals roster shouldn’t present danger for rookie Burrow, as Flacco is not the player he once was and would only serve as a reliable backup.

Bengals, more than any other team, should know everything about Joe Flacco as he was their divisional rival for over a decade. The move is not on the table for now, but it’s the one Bengals should have in mind.

What do you think, which is a better landing spot for Joe Flacco, Cincinnati or Minnesota?

Donald Trump Claims Dr. Fauci Wants to Play all Sides of the Equation