Donald Trump Claims Dr. Fauci Wants to Play all Sides of the Equation

BBC – 05/14/2020: Donald Trump and Dr. Anthony Fauci are at it once again. POTUS stated that he could not accept Fauci’s comments on lifting the pandemic restrictions. Trump was mad about the testimony Dr. Fauci gave on Tuesday.

Mr. President believes that his comments were unacceptable and that Fauci is only trying to “play all sides of the equation.” What irked Trump the most was that his chief epidemiologist wasn’t on his side regarding the reopening of schools. 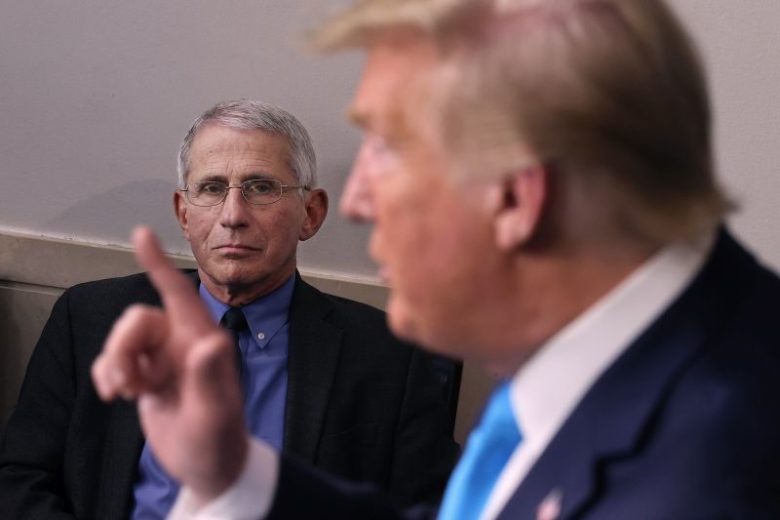 Since the coronavirus pandemic started two months ago, almost 1.5 million people got infected, while approximately 85 thousand already died. The issue that worries Donald Trump more than the loss of lives is the fact that the economy is collapsing.

Talking about Dr. Anthony Fauci’s testimony, Mr. Trump said: “Look, he wants to play all sides of the equation. I was surprised by his answer actually, because, you know, it’s just to me – it’s not an acceptable answer, especially when it comes to schools.”

Talking about reopening the schools’ Trump said they should open them and that teachers and students could be given another few weeks of rest at best. His explanation on this stance is the following: “Because this is a disease that attacks age, and it attacks health. But with the young children, I mean, and students, it’s really – just take a look at the statistics. It’s pretty amazing.”

Donald Trump wants the states to reopen in his bid to bolster the economy before the elections. He simultaneously praises the governors who are lifting the restrictions and opening their states and criticizes those who are taking things slowly.

Dr. Fauci, on the other hand, wants a calmer approach: “We just have to see on a step-by-step basis as we get into the period of time with the fall, about reopening the schools, exactly where we will be in the dynamics of the outbreak.”

A Better Destination for Joe Flacco, Vikings or Bengals?