Brady is 44-years old but he shows no signs of stopping. In addition to this record, he already holds the one for most passing yards at 81,479. His six hundredth TD was caught by Mike Evans in the first quarter of Sunday’s game. Buccaneers cruised to the victory behind Brady’s four touchdowns. The final score was 38-3. While everyone thought that Tom is going to keep the record-setting ball, something else happened. His teammate, Evans gave the ball to a fan, like many players in the NFL do. 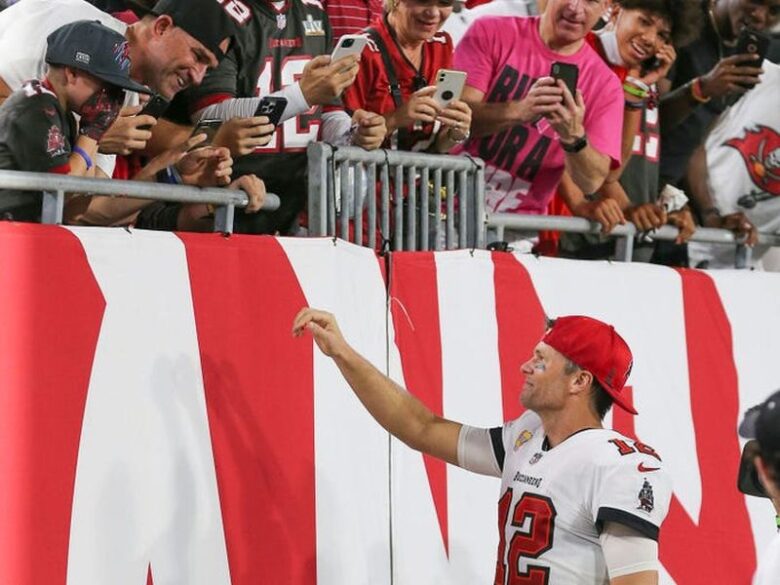 Luckily, the fan didn’t go anywhere, and the ball was retrieved. But, the price was a ransom, as the fan asked for another ball, a signed jersey, and some other memorabilia. He got everything he asked as this ball is truly unique. Brady is on the brink of another two records as he’s trailing only Drew Brees in a number of games with three (97) and four (37) touchdowns. It’s only a matter of time before he gets both of these.

Despite being in the center of attention once again, Tom Brady didn’t keep the spotlight for himself. Instead, once the game was over he ran towards a fan that was holding a sign that said: “Tom Brady helped me beat brain cancer.” This fan also got a gift from Brady in the form of a hat, a handshake, and a short conversation. The young boy was overwhelmed and shed tears of joy after speaking with his idol. 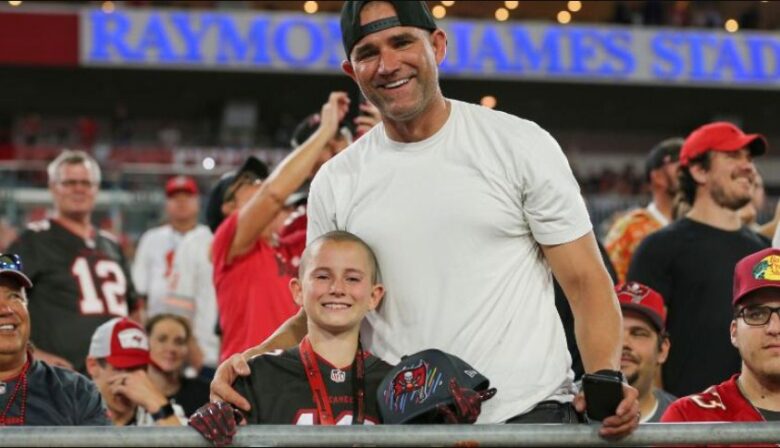 Talking about the events, Tom Brady said this after the game: “That was sweet. Obviously, tough kid, man. Puts a lot in perspective with what we’re doing on the field; in the end, it doesn’t mean much compared to what so many go through. We all try to make a difference in different ways and I think so many guys commit time to their foundations and to doing good things for the world. And the NFL does a lot of great things, so it’s just nice to — I always think you know to do the best that you can do, under any circumstance. It was nice to see.”

For Tom Brady, it was just another day in the office. But, for the young fan, and the one that got his precious ball, it was a dream come true. We’re sure both of them will cherish this memory, and be hoping that the famed QB is going to take their team to the promised land. If someone could repeat the last year’s success, it is without a doubt Tom Brady.