Home Sport Unnatural Baseball Bat Trick That Needs to be Seen More Than Once!
Sport

Unnatural Baseball Bat Trick That Needs to be Seen More Than Once!

Instagram is one of the most popular social networks today. In a short time, it got flooded with people who want to influencers, share their trade online on this media platform, and gain success. It’s not easy as almost everyone is trying to do it.

But today, we have a unique skill that we would like to share on our website. The man in question goes under the name @zigzigzog on Instagram. His real name is Alex Ziegler, and he seems to be a former baseball player. He calls himself a washed-up athlete, so maybe he has given up on this sport. 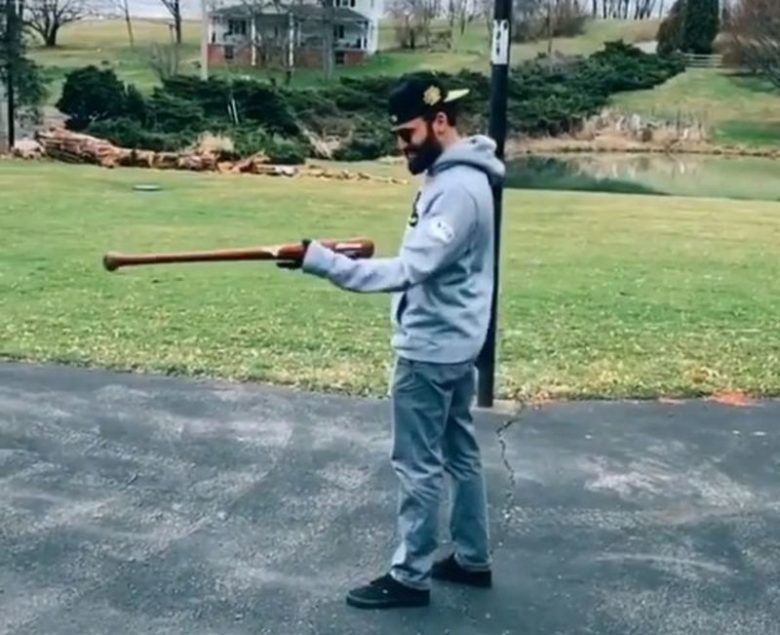 After seeing his clip, we believe there is a spot for him on some MLB rooster, as his skill with a baseball bat is phenomenal. Just look at the trick he performs with the bat, which will make you put it on repeat as it seems like some magic trick.

Alex’s video was already shared on large Instagram pages, one of them being @sportsceneter, which has over 16 million followers. This will undoubtedly gather him, followers, as he, at the moment, lacks them with only 901 at the moment of the writing of this article. Ziegler’s video on the @sportscenter page already gathered over 2.5 million views and has almost 7,000 comments.

it’s just easy on the eyes

His post was even commented on by former NBA superstar Gilbert Arenas, which only proves how his trick is unique and outer-worldly, as @no.chill.gil was left speechless. You will be too. Just don’t ask us how did he do it, as we don’t know ourselves.

We are hoping that he will find success on Instagram as he certainly deserves ti with his amazing baseball bat skill. Check out the video.

The Hypocrisy Of Melania Trump and Her Be Best Campaign