NEW YORK POST – 06/03/2020: Trent Williams had big words of praise for his new teammate Jimmy Garoppolo. After the experience he had with Washington Redskins and their quarterback carousel, Trent knows how important it is to have a quality QB.

Williams spent the first ten years of his NFL career in the capital, never having an established starter at the quarterback position for too long. This is why he claims one of the main reasons for coming to San Francisco was their QB. 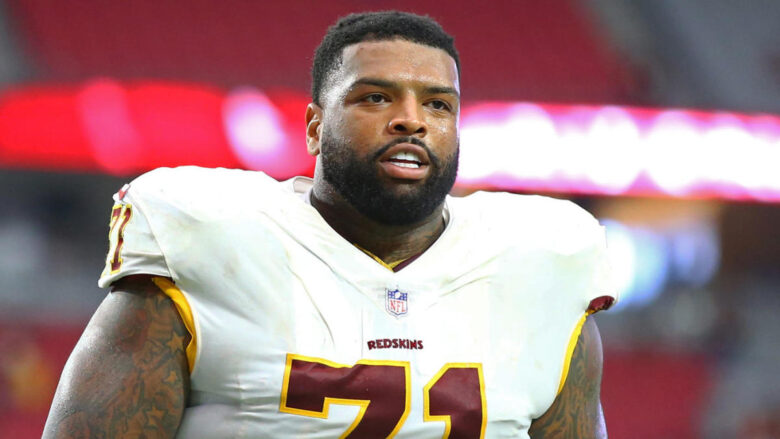 In an interview with Ian Rapoport of the NFL Network, Trent Williams said: “I think Jimmy G is awesome. I think he has proven that he’s a quarterback that you can win with. In this league, it’s just hard to find. Quarterback is the toughest position, and I think that’s why you see the contracts where they are.”

Williams believes that with him now on the team and protecting Garopolo, 49ers are in a position to win: “Having a quarterback that you know is going to make the right read, the right throw, I think that has to allow Kyle (Shanahan), you know, give him a chance to sleep at night because just having a guy you know who won’t throw the game away for you. You put him in the best position possible. He’ll win.”

San Francisco 49ers lost their long-term tackle, Joe Staley, to retirement, and now they have a decent replacement in Williams. During his stint with Redskins, Williams guarded players such as Alex Smith, Kirk Cousins, Donovan McNabb, Robert Griffin III, and Rex Grossman.

The stability in QB position is something Trent loves to single out as the mani reason why he chooses 49ers so quickly: “From being in my position, not having a lot of success in the league, having a good quarterback and having a kind of musical chairs back there, I know the importance of it. So I’m extremely happy just to be part of an offense that really don’t need me to win. I (just) add to it.”

Money or Superbowl Run? Tom Brady Claims Nobody Knows Anything

Sean Hannity Ends His Marriage After More Than 20 Years