This is not an easy list to make. For those who have won it, it’s easy to rank them. But, for those who failed but still managed impressive NFL careers, the list is a bit more difficult. But, we are going to try our best. Once you win a Super Bowl at the QB position, you gain a piece of football immortality. But, even if you have a career worth admiring, but the elusive Lombardi trophy evades your grasp, people easily forget you. Despite this, we have Hall of Fame quarterbacks who failed to win it all.

Winning NFL final reward is one of the hardest tasks in the world f sports. Each year, anyone could win it, and thanks to the NFL draft, and salary cap, all teams are entitled to equal treatment. NFL prides on its parity. Still, a dynasty like the one of 90s Dallas Cowboys, or more recent New England Patriots does occur. This is why many exquisite QBs end their career not only without winning Super Bowl but without even playing in one.

In the end, even the best out of best would need a grain of luck to reach the end goal. Just remember David Tyree’s helmet catch or Malcolm Butler’s one-yard interception. Yes, these people train all of their lives for moments like these, but luck is still needed. So, go with us through the list of top 10 quarterbacks who never won a Super Bowl, despite managing impressive careers on the gridiron.

Dan Marino is considered one of the greatest quarterbacks of all time. He spent the entirety of his football career with Miami Dolphins, where he played for seventeen seasons. During his span with the Dolphins, he managed to reach the postseason ten times, but without winning the Lombardi trophy. The closest he came was in the Super Bowl XIX, where he narrowly lost to the San Francisco 49ers led by Joe Montana. 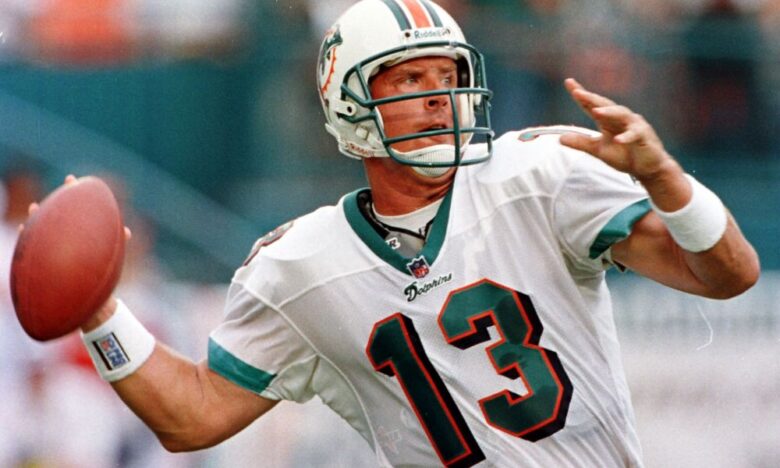 When we look at the style of play and the stats left behind, Marino is way ahead of Jim Kelly. But what Kelly has come his way is the number of Super Bowl appearances. This man was drafted in 1983 by the Buffalo Bills as the 14th selection. Due to various issues, he only debuted for the Bills in 1986. His biggest achievement and misfortune in the world of the NFL was the four consecutive Super Bowls with the franchise. Unfortunately, he lost all four, in a feat probably no one will ever eclipse. 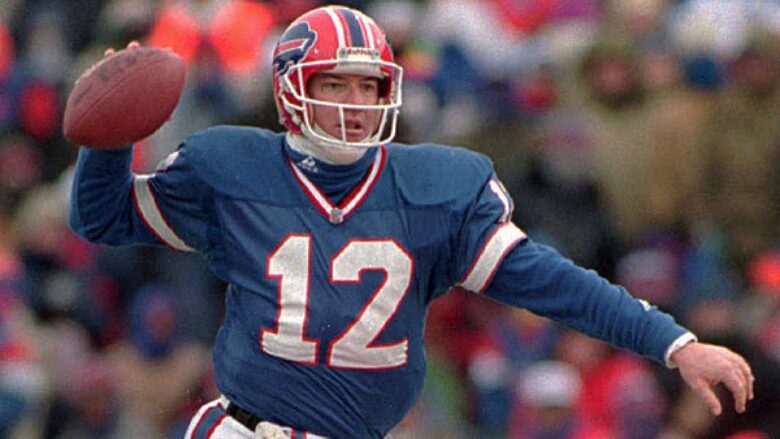 Fran Tarkenton played in the NFL for eighteen seasons, most of which came in the purple of Minnesota Vikings. Out of these eighteen, five were spent in New York with the Giants. What makes his career amazing is that once he retired Tarkenton held every major QB record, some of which were only eclipsed decades later. Despite his success on the field, he never took the trophy home. Just like Kelly, he had multiple attempts, with three SB appearances. 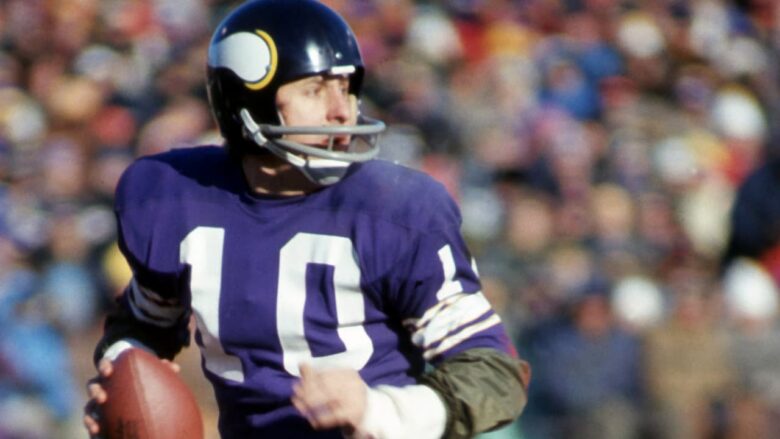 From a football perspective, Moon had an awfully lot of time to reach the end and win an SB, but in his 23 seasons, he failed to do so. Luckily, he only played 17 in the NFL. In the CFL, he took the Grey Cup five times in six seasons there. Most of his career was closely tied to Houston Oilers, with playing time in Minnesota, Seattle, and Kansas City. During his career, he managed to break a couple of passing records, which was enough for a Hall of Fame Spot. He was the first QB of color to be inducted, and also the first undrafted one. Furthermore, he was not only lacking SB appearance, but his postseason record is not too impressive. 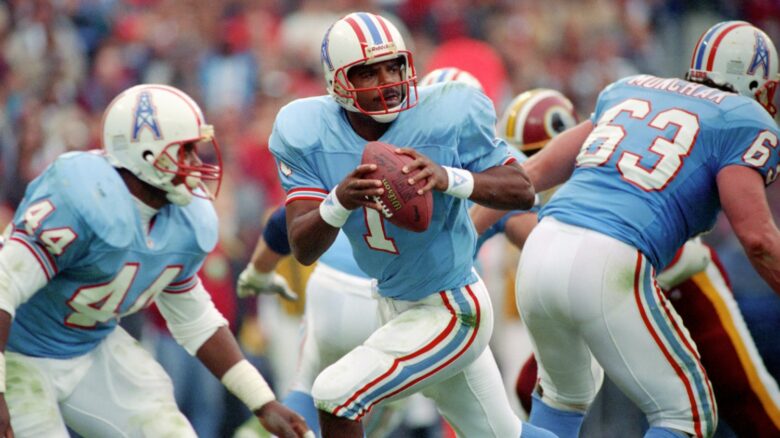 Back in the day kids in California wanted to be Dan Fouts when they grow up. He spent his fifteen seasons in the NFL with San Diego Chargers. He was an amazing regular season QB, who was the league passing leader for four consecutive seasons. His biggest success was the two AFC Championship Games, but in both attempts, he managed not to reach the SB. What he managed was to enter the 80s All-Decade Team and the Pro Football Hall of Fame. 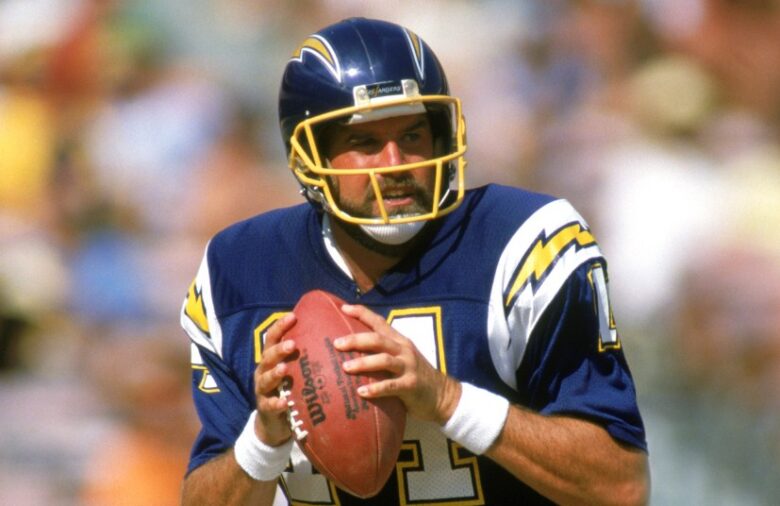 Here comes yet another San Diego Chargers quarterback. It would seem that this franchise wasn’t meant to win SB with their franchise cornerstones at QB. Rivers only recently retired, after spending his last year away from home in Indianapolis. His stint with Chargers lasted for sixteen seasons, and while he was at times surrounded by good teams, the postseason success always eluded him. He ended his career with a 5-7 playoff record. He only managed one AFC Championship game where he lost to the New England Patriots and Tom Brady. 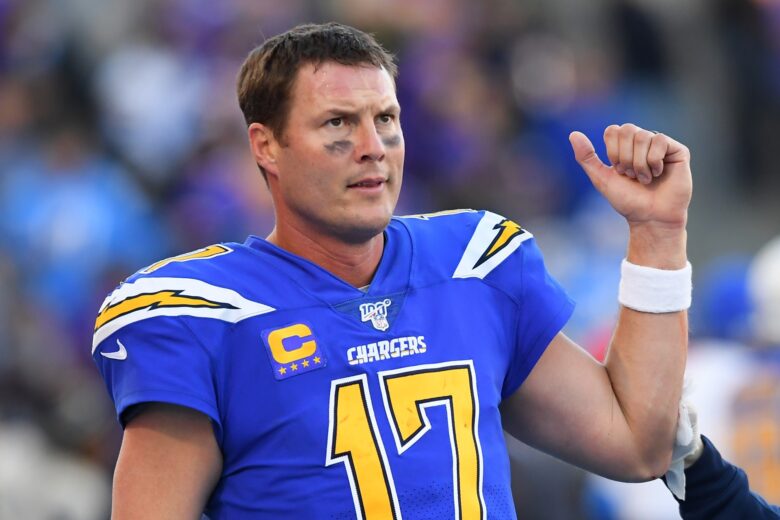 Archie Manning is now more famous as the father of Peyton and Eli Manning than for his football success. But during his stint with the New Orleans Saints, he was one of the best players in the league. He’s more remembered for his toughness than anything else as he was sacked a record 337 times during his stint with the Saints. Because he was surrounded with little to no talent, this man never reached the postseason, or for the matter of fact, never posted a winning record with the franchise. 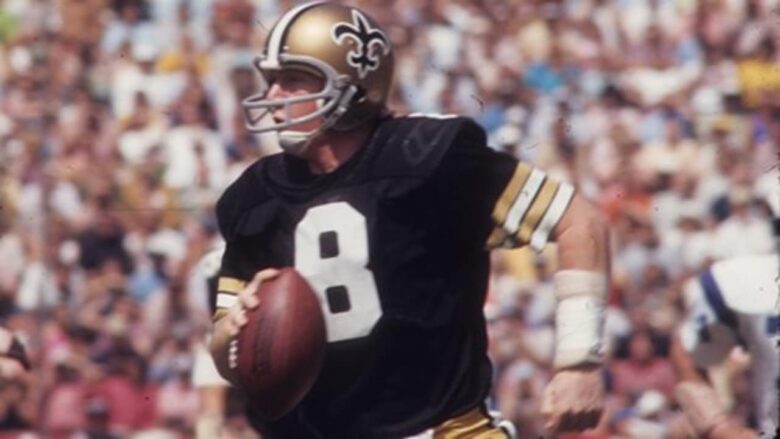 Matt Ryan is without a doubt one of the most talented QBs of his generation, but without an SB win to prove it. He took the Atlanta Falcons after Michael Vick years. He is still active after thirteen years with the franchise. During the years he became one of the faces of the league, but today he’s remembered for something else. In 2007 he was the Offensive Rookie of The Year. He topped this success in 2016 when he won the MVP award. The cherry on top of the cake for his 2016 season should have been the Super Bowl victory against New England Patriots. Well, he came close, before the team blew a 28-3 lead. 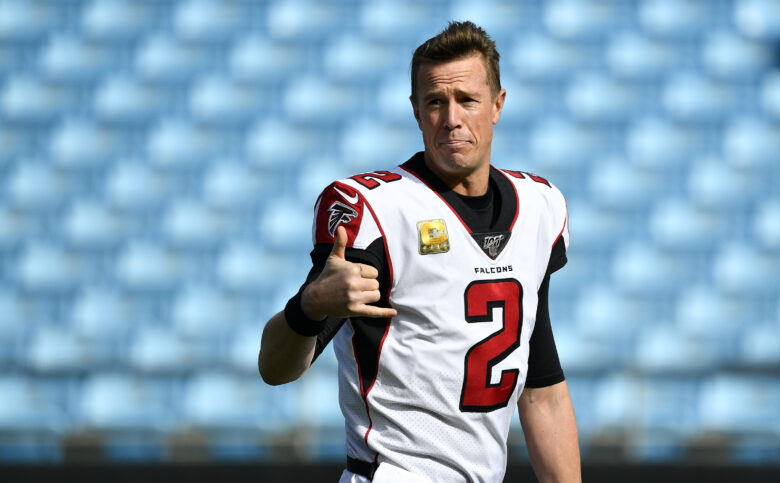 An interesting fact about Cunningham was that he was not only a QB but also a punter. He was a superstar back in the day or Philadelphia Eagles, where he spent the majority of his 16-year career. He also had a great time with Vikings, where he managed to reach the NFC Championship game. Other stints in his carer include time with the Cowboys ad Ravens. He was known for his versatility, being able to both pass and run the ball. He took the best out of the chance to play with Randy Moss, a rookie at the time, but still fell short of reaching the SB. 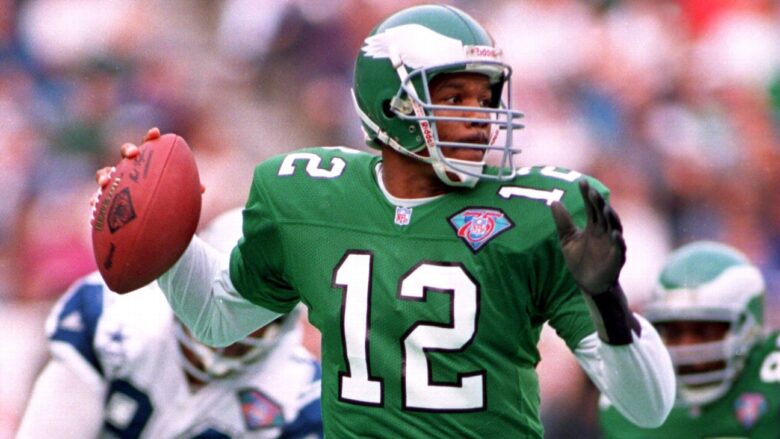 Before Tom Brady burst onto the scene, the man in New England was Drew Bledsoe. He played in the NFL for 14 seasons, most of which were at Foxborough. Drew was selected as the first overall pick back in 1993, and was the face of the franchise before Tom came along. Bledsoe was a great QB for the Patriots and took them forward from the bottom of the NFL where they resided for years. During his career, he made it to the playoffs four times, with one reaching the end line. Unfortunately, he lost in the SB to Brett Favre and Green Bay Packers. He also had a role to play in the 2001 AFC Championship game where he led Patriots to a win when Brady was injured. But, he didn’t make an appearance in the final. 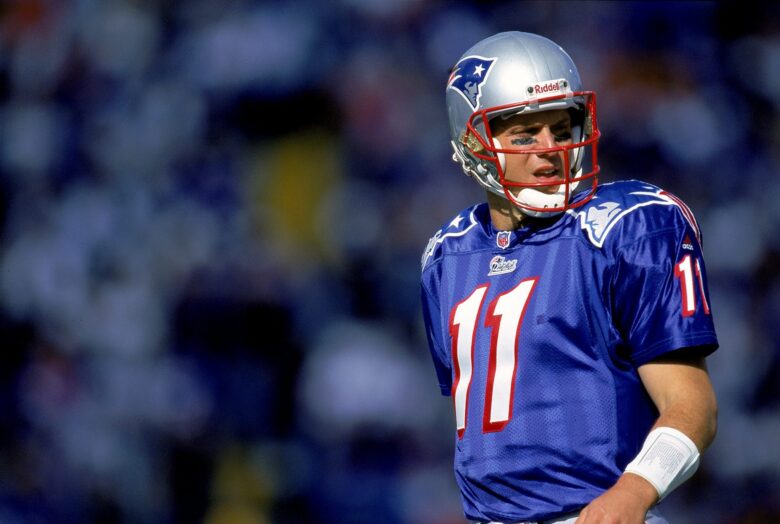