This is not an easy feat to achieve, especially when you consider the competition. Shakira managed to become the most successful footballer’s wife among the heavy competition that includes Victoria Beckham and Wanda Icardi. Gerard Pique must feel really proud right now.

Close to the two household names in Victoria Beckham and Shakira was Perrie Edwards, who is best known as a member of a band called Little Mix. The term WAG (wives and girlfriends) is a moniker describing the females who are emotionally connected to the men in sports. It was probably made as a derogatory term, but some of these women become more successful than their partners, especially in the years their men end their respective sporting careers. 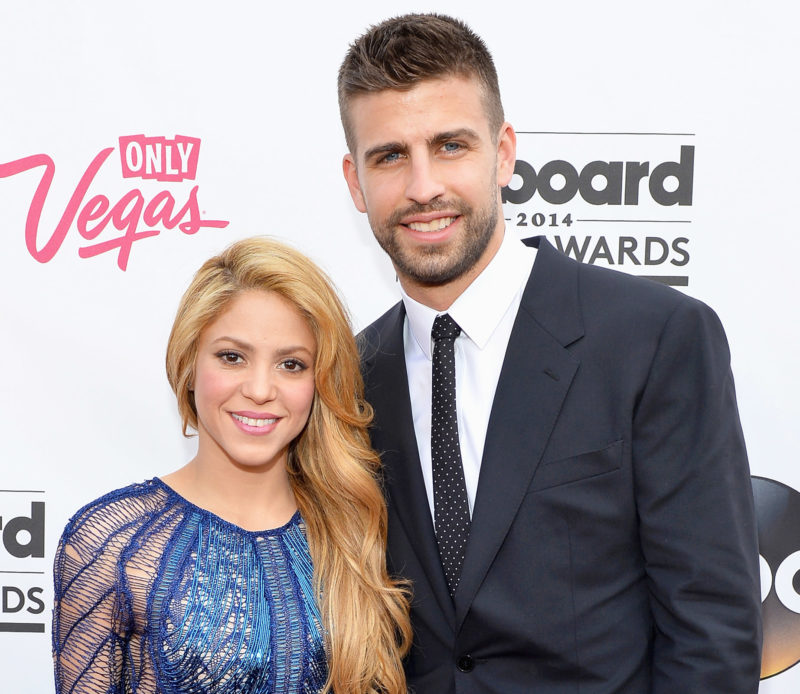 For one, Victoria is a successful businesswoman, whose endeavors go beyond the interests of her husband. On the other hand, you have Shakira and Edwards, both of whom have successful music careers. The list we have here for you include the fifteen most successful WAGs based on their Instagram following, Wikipedia page, Google searches, and of course net worth.

For all of you who follow football and showbiz closely, Shakira topping the list doesn’t come as a massive surprise. After all, she was a successful musician long before she met Gerard. Furthermore, she is massively popular in Latin America, which is not something other WAGs on this list can say. The 44-year-old Colombian star even has a bigger net worth than her husband Pique, with almost $350 million. The pair famously met during the 2010 World Cup in Africa. 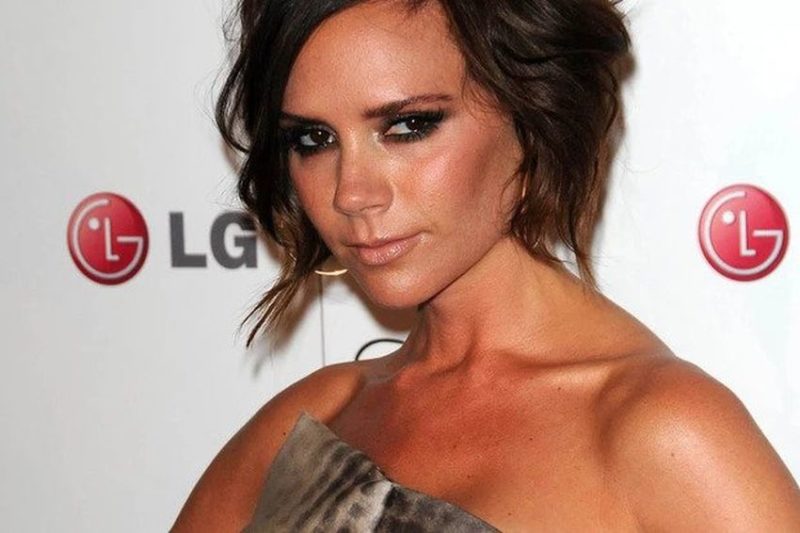 Closely behind is no other than Victoria Beckham. The wife of David Beckham was a big name in the late 90s and early 2000s on the EU music scene with her band Spice Girls. Once she met David, the two have become a tabloid sensations, and their fame is still going strong. In the mid-time her music career stalled, but she is now a businesswoman in the world of fashion and cosmetics with various TV appearances, and books published. She is a bit richer than the Colombian singer, but due to her lesser appearance on social networks, she trails the Whatever, Whenever singer. 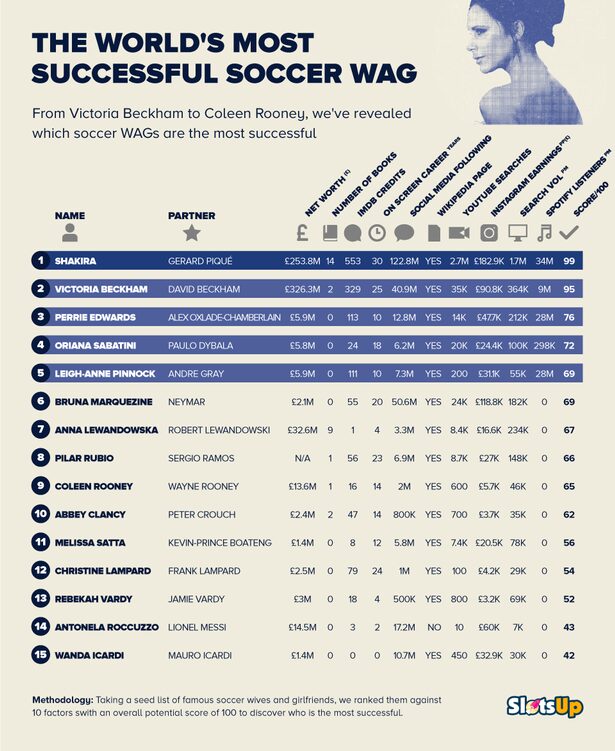 The third spot on the list is reserved for Perrie Edwards, who also made a name for herself before marrying a footballer. Her partner is Liverpool’s Alex Oxlade-Chamberlain. She is currently a lead member of a British pop group called Little Mix. What’s even more interesting is that her bandmate Leigh-Anne Pinnock is also a WAG being together with Andre Grey of Watford. The two are in similar positions financially, bud Pinnock is trailing Edwards on social networks. This was enough for her to be the fifth on this list.

The fourth place is where Oriana Sabatini landed. The Paulo Dybala girlfriend took advantage of her South American roots to gain a massive social media following. It also helps her boyfriend is one of the most popular footballers in Italy. With these five ladies, we round up the top five. But, worry not, the rest of the bunch is not to be taken lightly. 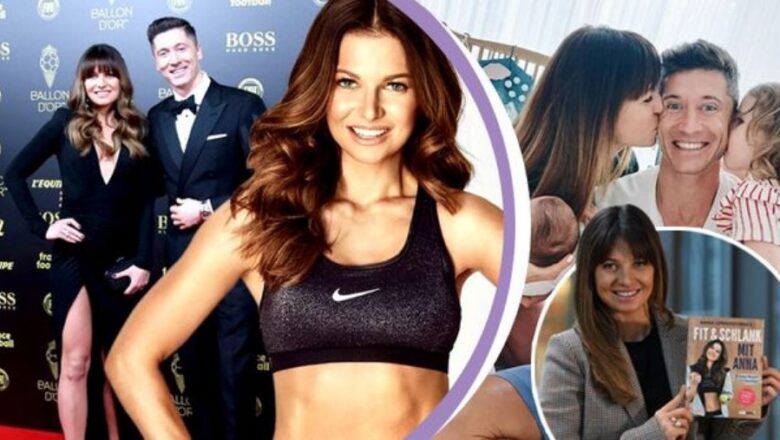 Other notable footballer’s wives that made our list include Wanda Icardi who is famously married to PSG strike Mauro, and serves as his agent. She managed to enter the top 15 based solely on her Instagram following. Antonela Roccuzzo is best known as Leo Messi’s wife and we should stop there as nothing more needs to be said. Melissa Satta is married to Kevin Prince Boateng, and her husband is the least successful footballer on this list but that didn’t stop her from being a massive success in her domain. The three that are left are Sergio Ramos’s wife Pilar Rubio, Anna Lewandowska who is married to Bayern Munich striker Robert, and Bruna Marquezine who is tied to Neymar.