Robert Kraft decided to participate in the All In Challenge. The New England Patriots owner to put his Super Bowl 51 ring on auction to collect funds for COVID-19 relief. It was a bulls-eye, as it was sold at a record price for a virtual fundraiser.

Kraft managed to create history with his All In Challenge the same way he did with his beloved Foxborough franchise. It was on Thursday night when the final price was reached. The auction stopped at 1.025 million dollars. The mission to feed people in need just got its most significant boost with this number. 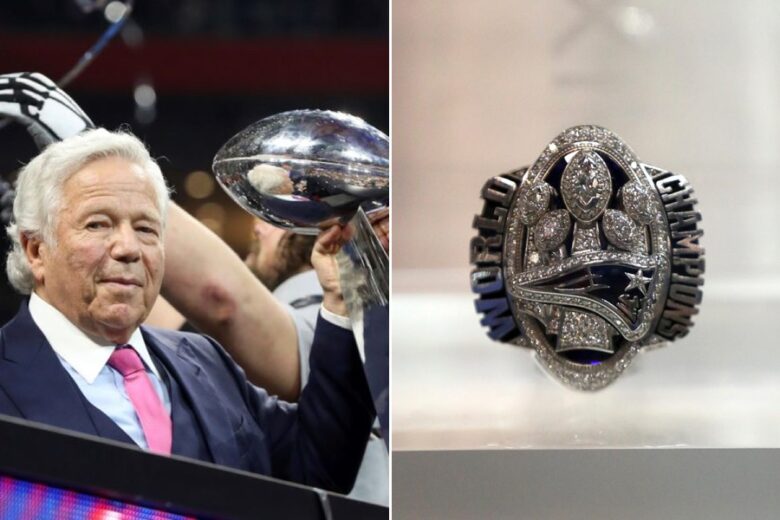 In addition to the Patriots SB 51 ring, the buyer will also receive a present in the form of a paid visit to Gillette Stadium, where he would spend time with Robert Kraft. New England Patriots would also provide a private jet if needed.

The auction for the ring started at $75 thousand, and after twelve days of a bidding war, it was settled at $1.025 million. The funds will be transferred to the accounts of the following organizations: Feeding America, Meals On Wheels, World Central Kitchen, and No Kid Hungry.

In addition to completing the All In Challenge, Robert Kraft also donated 300 thousand face-masks to the city of New York. In an interview with ESPN, Kraft explained why he choose this particular ring.

According to the New England Patriots boss, it was all about beating the odds: “What could I do that would be special? I’ve been thinking about it for weeks. I finally thought about our experience in Super Bowl LI against the Atlanta Falcons. We were down 28-3 [in the third quarter] and had 99.6% [odds] to lose. And we came back, and we won [34-28 in OT].”

So it would seem that Kraft believes that America will come out victorious from this crisis. This was what he had to add: And I thought about what is going on at this time and wanted to give something of extreme value in support of our health care workers. So I thought it would be good to give this ring, our fifth Super Bowl win because it showed how we came back.”

8 Cars Throughout the Years That Had the Best Interiors

Julia Fox Did Something Peculiar During The Quarantine