After 40 years since Charles promised in front of a great number of audience members that he would love Diana for the rest of his life, some details from the long-kept ceremony have appeared in public.

Diana and Charles were married on July 29, 1981. The spectacular ceremony was watched by about 750 million people, in addition to about 600,000 gathered on the streets of London. A fateful “yes” was said between the two, less than half a year after the engagement, and many thought that “after that there is no going back” and not hoping that, as foreign media reported, the queen herself would point out that they should not be married.

Charles and Diana met through her sister, whom he was dating at the time, and Diana quickly fell in love with the 12 year older Prince.

Diana told her friend Dana that she thought Charles had “cast an eye” on her and that he would marry her instead of his sister Sarah. Lady Dee said that she thought that she was a better choice for the Royal Family, because she was a virgin.

She thought her life would be a fairy tale, but soon after the engagement, she realized that might not be true. Their marriage was doomed from the beginning, and one of the main reasons was Camilla Shand, the woman Charles was in love with.

The fairy tale wedding, which was followed by a large number of people, turned into a nightmare for Diana. Diana’s wedding dress is still talked about with enthusiasm, however, 40 years later – some details appeared in the public that made Diana uncomfortable at the time. 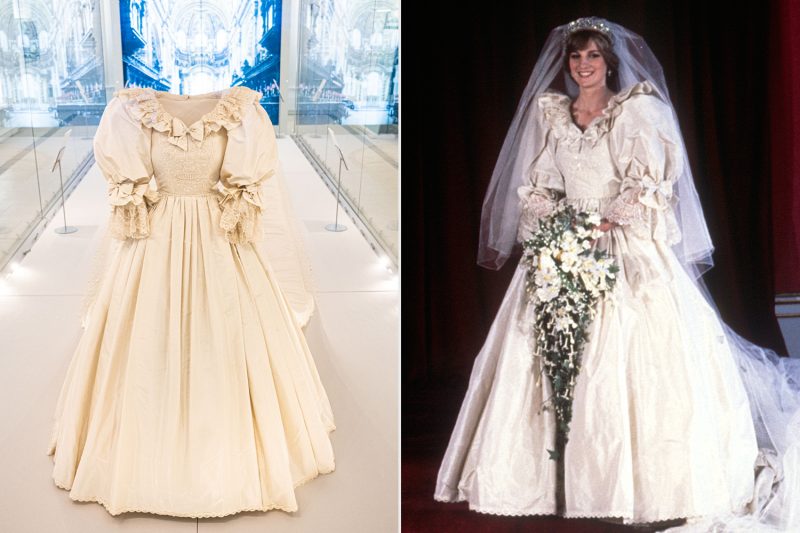 First of all, Diana had lost so much weight that the wedding dress had to be corrected just before the wedding. A few years later, the Princess referred to that period and pointed out that she had problems with bulimia since the week after the engagement.

“Charles put his arms around my waist, and said: “We gained some weight, huh?” and it triggered something in me. Like everything about Camilla”. Those were Diana’s words, written by Andrew Morton in the book “Diana: Her True Story – in Her Own Words”.

“Many young people lose weight during that period, so we didn’t worry” commented the designer Elizabeth Emanuel, remembering arranging the Princess’s luxurious wedding dress as a matter of urgency.

“I didn’t really like myself and I was ashamed that I had a hard time dealing with everything. I later struggled with bulimia for years” Lady Diana added.

However, that was not all. Then, 20-year-old Diana accidentally spilled the perfume on herself, so she hid the stain with her hand all the time so that it could not be seen, on the advice of make-up artist Barbara Dali. It was, by the way, one of her favorites, “Quelques Fleurs”. She held the dress so that it seemed like she was doing it to make it easier to move.

She tried to hide the stain but also the nervousness she felt. She was very young when she got married, and she repeatedly said that she was not ready for such a life, even though everything seemed ok at the time.

Because of everything, on the day of the wedding, Diana finally got nervous. During the vows, she called the groom Philip Charles, instead of the other way around. Of course, no one blamed her, since the prince has two other names besides this one. 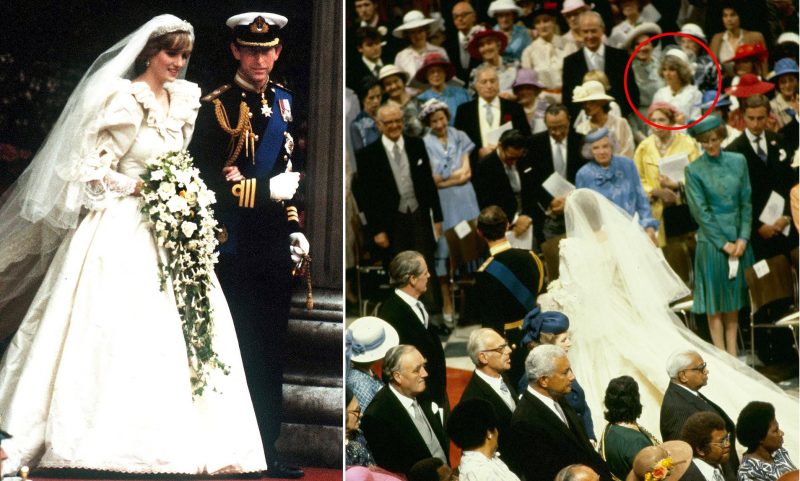 The night before the wedding, Prince Charles allegedly spent in tears, thinking that he would spend his whole life next to Diana, and not Camilla. As further stated in “Prince Charles: The Passions and Paradoxes of an Improbable Life”, the current Duchess of Cornwall watched everything calmly with her then-husband, with whom she was and ended up on the guest list, despite being his ex-girlfriend.