Yesterday in London, Prince William and Prince Harry , unveiled a statue of their mother Diana, Princess of Wales, and thus marked the day on which, if she was alive, would have been her 60th birthday.

This event is the first joint appearance of the two brothers after the funeral of their grandfather Philip, Duke of Edinburgh, in April, where it looked like they had finally put all of their quarrels aside.

They commissioned the statue in 2017, hoping to get visitors to Kensington Palace, where it will be placed, to celebrate Diana’s life and legacy. The beautiful garden of Kensington Palace was one of the favorite places of the late Princess and that is why the statue was placed there.

The ceremony was organized on a smaller scale due to restrictions due to the coronavirus pandemic. Only William and Harry with sisters and brother of the late Princess were present for the reveal, with few reporters who caught the moment. None of the other member of the Royal Family was present.

Since Prince Harry left the royal family, many have talked about the alleged quarrel between the brothers. In his interviews, Harry slandered his Royal Family, and many resented him for that.

Prince Harry arrived in the UK a few days ago, and it is not known if he had visited and talked with his brother or other family members. He arrived alone, without Megan and the children, because the Duchess of Sussex recently gave birth to Lilibet. 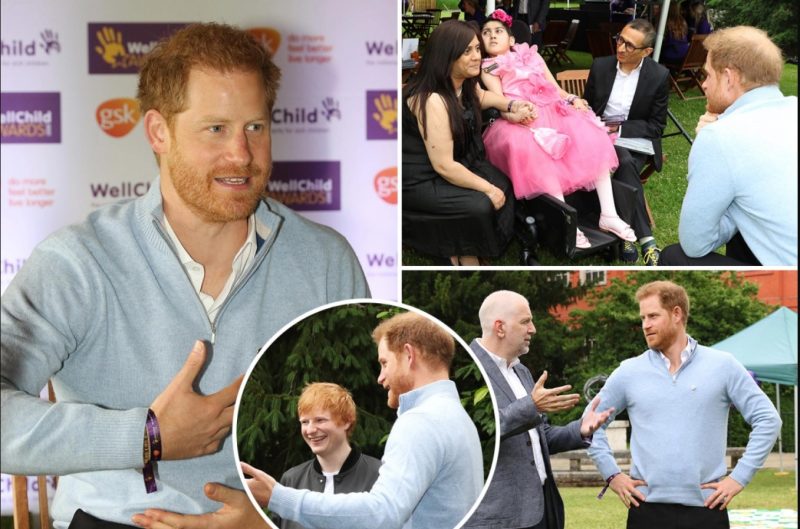 What the media recorded was Harry’s appearance at the celebration of the charity organization for children, WellChildUk. At the party, he was hanging out with singer Ed Sheeran and singer Anne Marie.

British media write that William spoke honestly with his brother Harry, who seemed very serious when he came to the ceremony. Although many wrote that Kate Middleton was a link between the brothers, and that she was the one who tried to calm the situation, this time she was not with Prince William and Prince Harry. Some sources say that she no longer wants to try to reconcile the brothers and that it is time to resolve their disagreements on their own.

The brothers were filmed talking in the garden just before the unveiling of the monument. Their faces were smiling and they were happy with the statue that was placed in Kensington.

It is not known whether the brothers will talk after this, what their relationship is now, or whether the Duke and Duchess of Cambridge and their children met little Lilibet, but we hope that everything in this family will finally settle down.

Jared Kushner and Ivanka Trump Turn Their Back on Donald Trump

5 Tips for Managing Erectile Dysfunction in a Relationship – 2022 Guide