The match between England and Germany in the round of 16 at London’s Wembley Stadium was watched by numerous celebrities. Musician Ed Sheran and former football star David Beckham were joined in the cheering by the British royal couple, Prince William and Kate Middleton.

The English footballers  were able to qualify to the quarterfinals with a 2-0 victory over Germany in front of 40,000 fans gathered at Wembley Stadium in London.

Prince William and his wife Kate Middleton jumped up from their seats in the VIP box at London’s Wembley Stadium when Rahim Sterling put England in the lead against Germany’s great sports rival in the round of 16 of the European Championship.

Ten minutes later, Harry Kane, on Jack Grillish’s cross, scored the second goal for a new eruption at Wembley and confirmation of a great victory for the quarterfinals and a new, even louder chanting of English fans: “Football is coming home!”.

Not only the British Royal couple, but almost everyone in the stadium, except the German fans, of course, exploded with joy in the 75th minute, when the Manchester City football player, assisted by Luke Shaw, threw the ball into the Germans’ net from four meters.

The future King of England, seven-year-old Prince George, who followed the events on the football field with his parents, Prince William and Kate Middleton, was also cheering for English National team. It is well known that the little Prince loves football, and his favourite football club is Aston Villa. 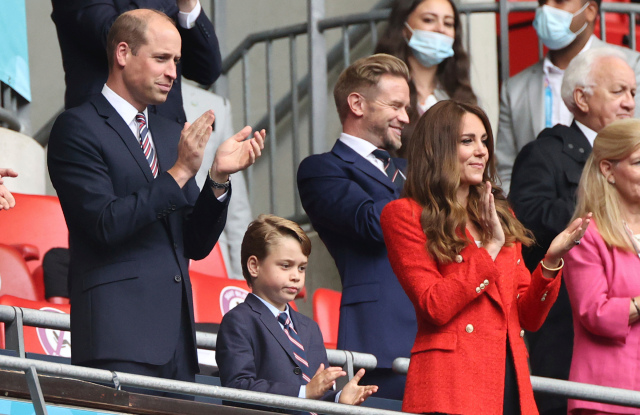 On that occasion, seven-year-old George, just like his father, appeared in a suit with a tie and thus attracted the special attention of the world public and fans of the British Royal family.

Kate Middleton wore the perfect red jacket, white T-shirt and dark pants for the occasion. All three were ardently cheering for their country but it is clear that on this occasion, little Prince George picked up the most smiles.

Prince William Was Wary Of Meghan Markle Joining The Royal...

Even Members Of The Royal Family Have Their Nicknames: Here’s How They Call Each Other In Private Life

A Guide to Buying IT Services for Local Business – 2022