NATIONAL POST – 12/27/2019: As you could read in one of our previous articles, Canadian TV cut Donald Trump scene from Home Alone: Lost in New York. After the viewers noticed this, Tweeter went into a frenzy looking for a political background in this act.

The Canadian broadcaster stated that they edited the movie in 2014 due to its length and that all scenes that didn’t affect the story were cut. So, it happened before Mr. Trump became president. Tweeter users neglected this and tried to make this cut one of the most controversial in film history. 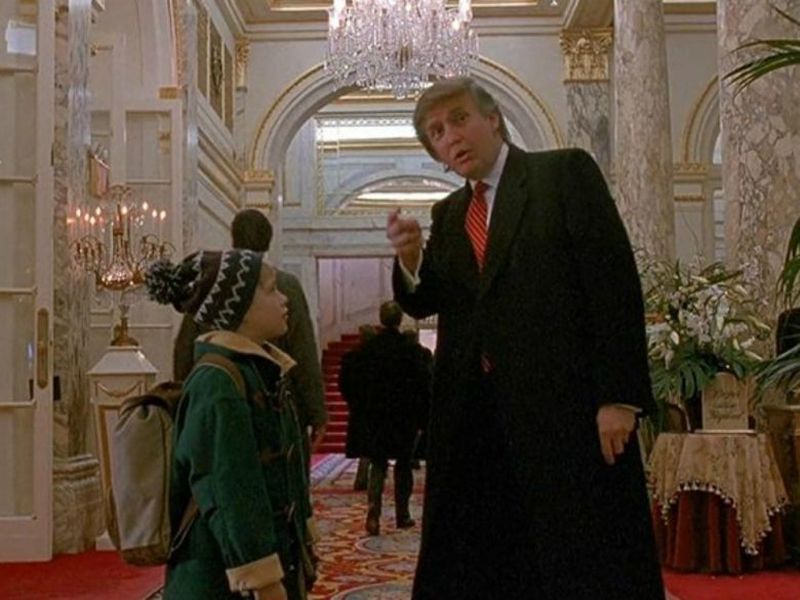 The chaos that ensued on Twitter wasn’t something that President Trump was going to miss. As it’s usually the case, POTUS had something to say. As most Twitter users know, there isn’t a thing in this world that isn’t subject to criticism of 45th US President. Cutting him from a Christmas classic is not something that would go unnoticed by President Trump.

I guess Justin T doesn’t much like my making him pay up on NATO or Trade! https://t.co/sndS7YvIGR

As you probably know, Mr. Trump’s appearance in Home Alone: Lost in New York is concise. It only takes about five seconds of the film. In that scene, the main character Kevin McCallister, played by Macaulay Culkin, passes by Donald J. Trump and asks him where’s the hotel lobby. This scene was filmed at New York’s Plaza Hotel.

Despite only appearing for a short time on screen, President Trump recently stated that he is very proud of his appearance in this cult Christmas hit. Unfortunately or luckily, depending on your opinion on Donald Trump, viewers in Canada no longer have the chance to see him when watching Home Alone.