Deutsche Welle – 12/27/2019: Germans have an interesting opinion on Donald Trump. One of the world’s most polarizing men is not very valued in Germany. In a recent poll conducted in Germany, Germans gave a peculiar answer. The question was who they think is the greatest threat to world peace. Their response was – Donald Trump. His competitors were president of Russia Vladimir Putin, North Korean leader Kim Jong Un, Xi Jinping of China and Iran’s leader Ayatollah Ali Khamenei.

The United States and Germany are close allies, but this didn’t affect public opinion in Germany. The survey that was done by YouGov is showing that Germans don’t think highly of the US. Their opinion went south from the moment Donald Trump became president. 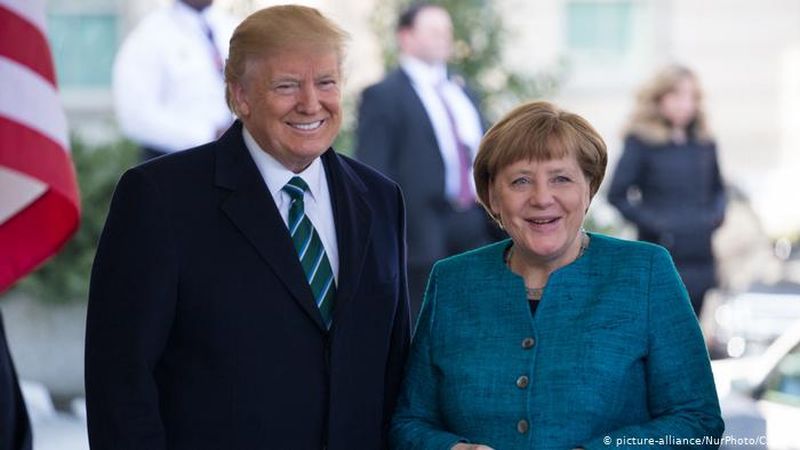 It is not easy to pick who is the most prominent world peace threat among the names such as Vladimir Putin, Ayatollah Ali Khamenei, Xi Jinping, Donald Trump, and Kim Jong Un. The countries they represent are global superpowers who will do anything to protect their interests.

The poll conducted by YouGov gave us an exciting answer.

41% of Germans that were part of this survey said that Donald Trump is the most dangerous world leader. He was followed by Kim, who only had 17%. Third place was split between Vladimir Putin and Khamenei, who both had 8%. The least dangerous, according to Germans, was Xi with 7%.

President Trump certainly isn’t too worried by this survey as only 2,000 people participated. But, these people were carefully selected to give us the best view on German public opinion. Last year a similar poll was done, and Trump was deemed more dangerous than Kim and Putin, with 48% of people voting for him. That poll didn’t include presidents of Iran and China.

Russia, Syria, and Iran are killing, or on their way to killing, thousands of innocent civilians in Idlib Province. Don’t do it! Turkey is working hard to stop this carnage.

With President Trump’s daily Tweeter tirade available to the global population, more and more people will start believing that he truly is dangerous. If you only take a peek at his Tweeter feed and things he writes, you can quickly begin to think that it’s where the danger is coming from.