CNN – 12/26/2019: When talking with reporters on Christmas Eve, Donald Trump mentioned one exciting thing. He was a part of cult Christmas movie Home Alone 2. According to Mr. President, Home Alone is one of, if not the most significant Christmas hits. 45th US President added that it was an honor for him to be part of this film.

Not everyone thinks that Trump is important enough to feature in this movie. Home Alone 2 was airing on Canadian TV during Christmas day. But, their version didn’t have Donald Trump cameo. It was cut from the film. Canadian TV network stated that this was a coincidence. 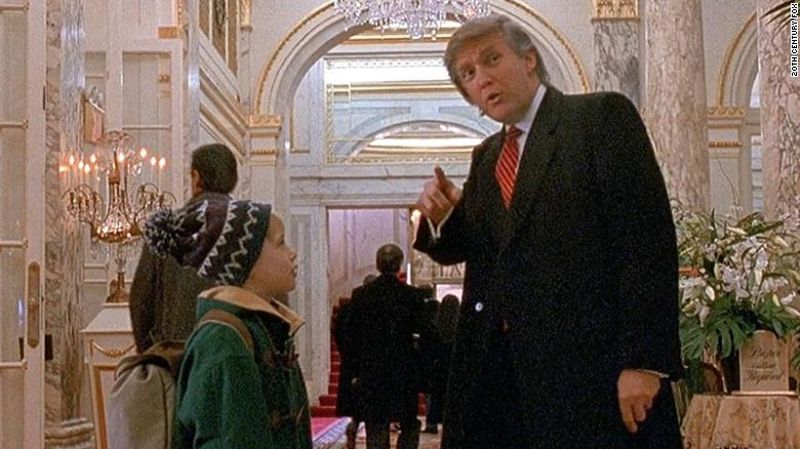 On Christmas day, President had a segment when he answered calls from military members who work overseas. This moment is where the matter of Home Alone 2 came out. A sergeant asked Trump during the call why does he love Home Alone 2? The US president responded by saying that he was a part of the famous movie.

President Trump said that a lot of people talk about the movie during the holidays. Many of them notice that their current President features in the film. He said that it’s not the same as when they see him on TV. At the time of filming, Mr. President was younger but still very much recognizable. To finish the call, Donald Trump said that it was an honor to feature in this movie.

All of this doesn’t explain why he was cut from the Canadian version. It could probably go unnoticed if it weren’t for Twitter. When asked to comment on why Donald trump was cut, Canadian TV spokesperson said that the movie had to be edited due to scheduling. Many scenes, including the one with President Trump, were cut as they are not vital for the plot.

According to Canadian TV, the movie was edited in 2014. This was before Donald Trump became President, which is a clear signal that there was no political message behind him being cut from the film for the Canadian market.