Famous Hollywood actress Sophie Turner, 24, and her husband Joe Jonas, 30, were spotted on the streets on LA. They took a casual walk and Turner tried to hide her pregnant belly from the paparazzi.

The future parents went as casual as possible during their stroll around Los Angeles. Both of them wore masks to stay safe from COVID-19. They held hands and seemed to be in a good mood. 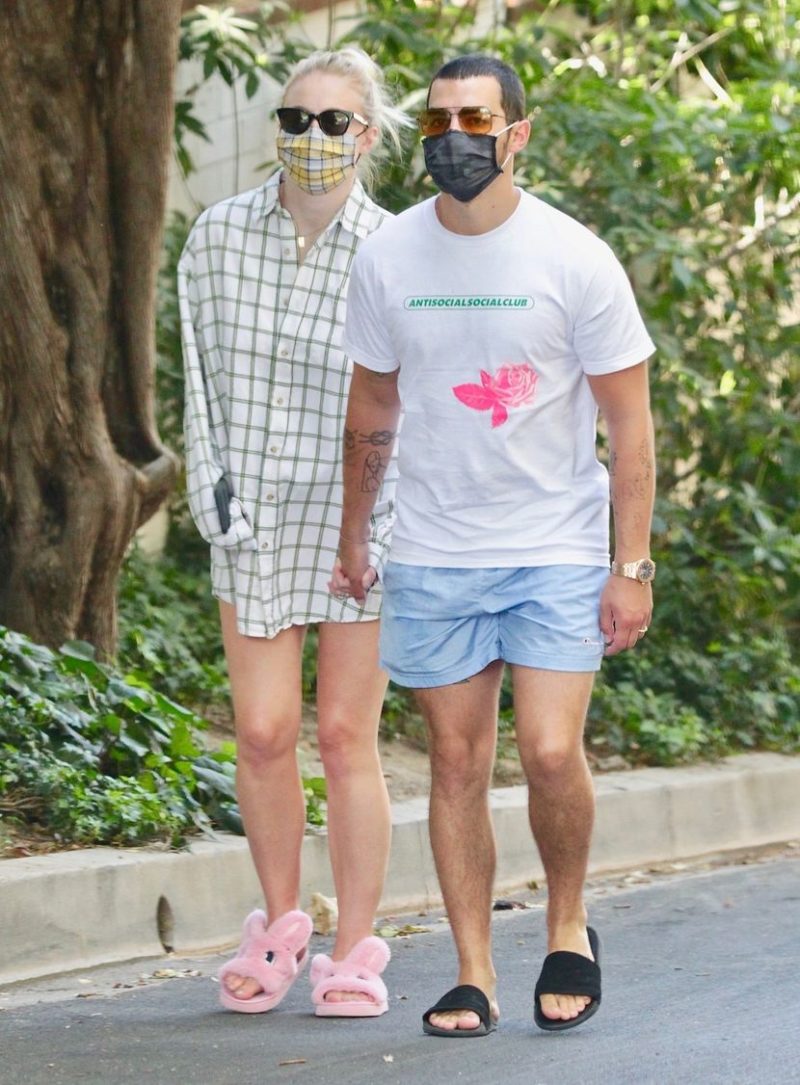 Sophie wore a very long shirt and a pair of adorable pink bunny slippers. Her husband opted for a white T-shirt, baby blue shorts, and black slippers. Both of them wore sunglasses. She seems to have covered her pregnant stomach even more when she spotted the photographers. This is not the first time she has done this.

Read also: Sophie Turner Tries to Hide Her Baby Bump During the Break From Quarantine 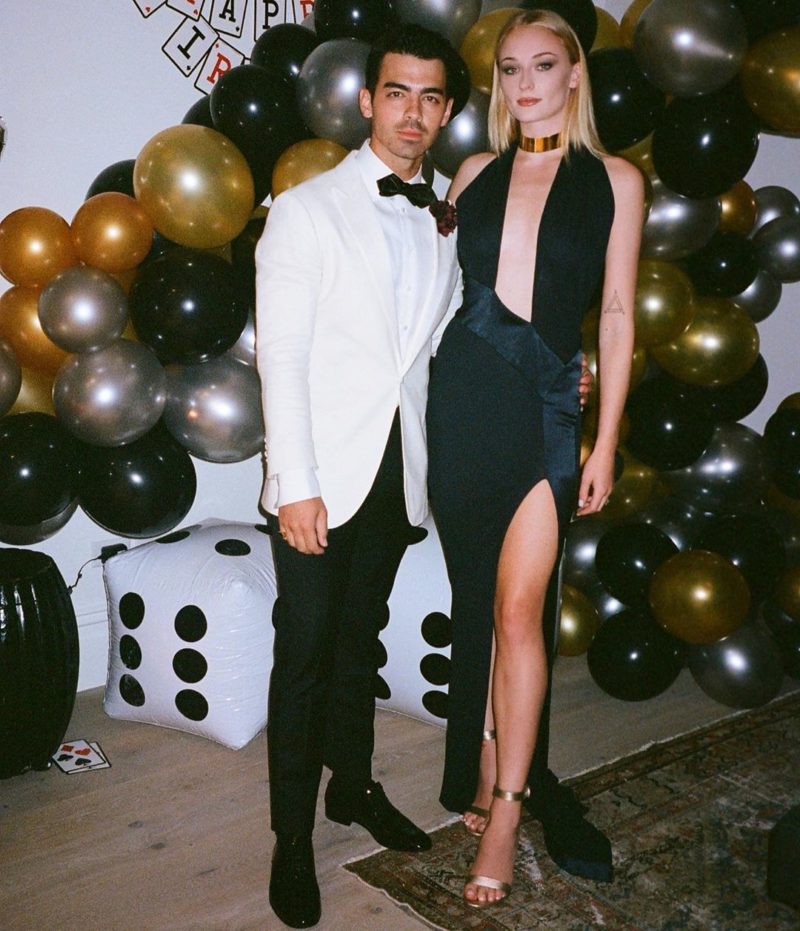 Jonas and Turner are one of the most popular and beloved celebrity couples. The two stars of entertainment industry have been together for years now and their love is true and genuine. They also have a similar sense of humor and are known to mess around with the paparazzi and take funny and weird photos. 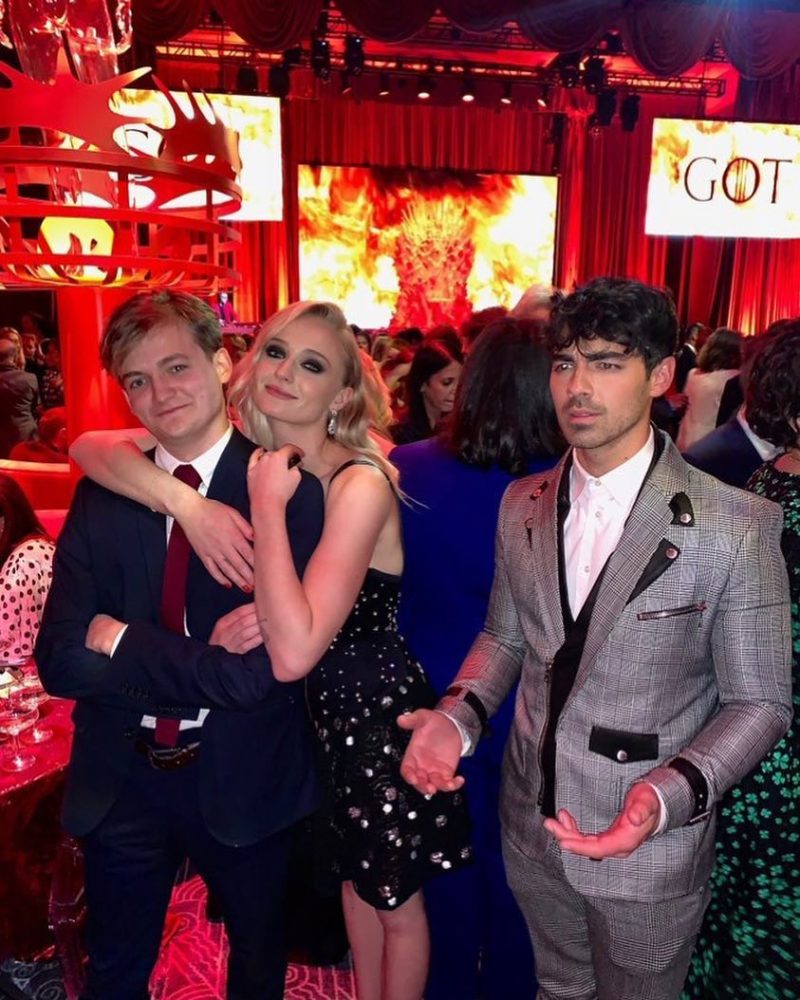 They got married in May of 2019, but held the wedding ceremony a few months later in the south of France. This is going to be their first child together, and it is in for an amazing life full of love from the parents who adore one another. Before their romance started, Turner dated fellow actor and “X-Men” co-star Tye Sheridan. Jonas dated supermodel Gigi Hadid months prior to meeting Sophie.

Sean Penn’s Daughter Flaunts Her Curves At The Beach