Official Photos Of William and Kate For Their 10th Anniversary

Today the Duke and Duchess of Cambridge are celebrating their 10th wedding anniversary. For the occasion, the official photos have been released on their Instagram and Twitter accounts.

The photos were taken by photographer Chris Floyd at the Kensington Palace earlier this week. The two pictures are showing William and Kate being in love, the same as they were ten years ago.

In the first photo, we can see them sitting and holding hands. Kate is wearing a Ghost London floral blue summer dress and Will is wearing his usual blue sweater, color-coordinated with his wife.

In the second photo, the happy couple recreated the photo from their engagement, where Kate is cuddling next to her husband, and we can see her blue sapphire engagement ring.

Even though this is their 10th wedding anniversary, the happy couple met in 2001, when Kate was modeling on a fashion show. William was enchanted by lovely Kate and they started their relationship.

For over ten years of dating, the couple had their ups and downs, breaking up a few times before they decided to spend their lives together. William proposed to Kate in October 2010 while vacationing in Kenya, with a blue sapphire engagement ring. The ring belonged to William’s late mother Diana. 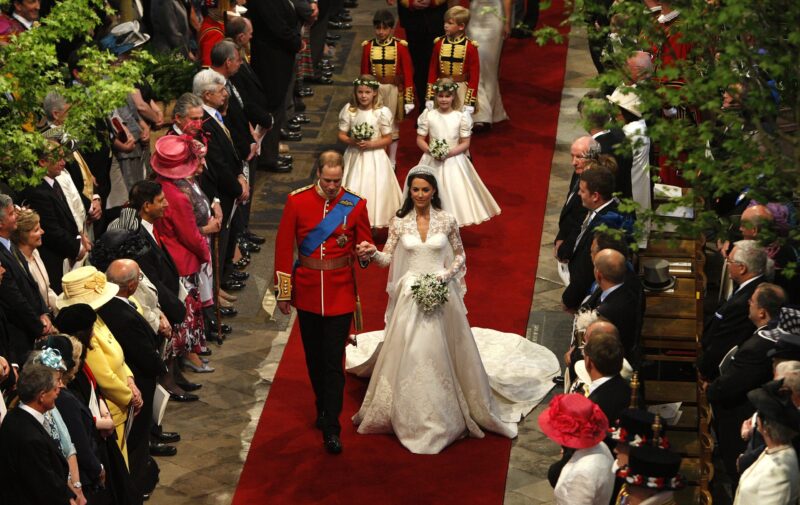 They married a few months later in a lavishing ceremony at Westminster Abbey with more than 500 guests. The Duchess wore a beautiful Sarah Burton for Alexander McQueen dress with a Cartier Scroll tiara lent to her by the Queen. The ceremony was streamed on all TV stations and it was viewed by more than 2 million people.

The huge procession followed to Buckingham Palace, where the couple greeted the crowd and shared a famous kiss on the balcony. After that, the lunch with over 600 guests was served and they cut the eight-tier fruitcake, created by Fiona Cairns. 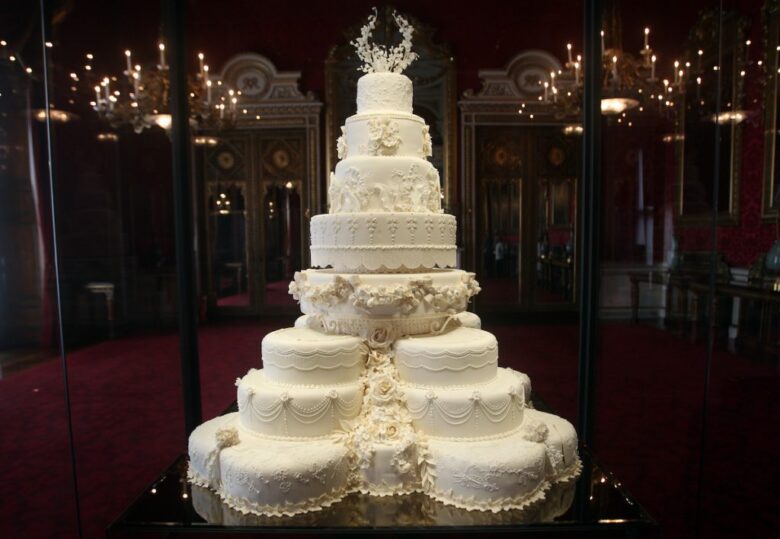 The future King and Queen consort have done many things ever since. They mostly do charity works with their organisation and they are working members of the Royal Family helping Queen fulfill her duties.

William and Kate welcomed three children in ten years of marriage. Prince George, who is third in line for the throne was born on 22 July 2013. A few years later, Kate gave birth to their second child, Princess Charlotte on 2 May 2015. The youngest of them, Prince Louis celebrated his third birthday a few days ago. He was born on 23 April 2018.

The Duke and Duchess are still standing strong, and we wish them a happy anniversary, with many more to come.

Understanding The Correct Procedure For Using A Fire Blanket

9 Reasons Why Your Small Business Needs an Online Reporting Tool