The drama follows Odell Beckham Jr wherever he goes. Since day one in Cleveland, there were many stories regarding his happiness. As the season progressed, people were sure that he wants out of Cleveland. Many claimed that he’s unhappy with his new team, teammates, the city, and everything else. Former New York Giants wide receiver decided to put an end to these rumors.

During a regular media addressing, Odell touched on this subject. Beckham is not one to be direct when talking to reporters, but he was crystal clear this time around. Even when speaking directly, he was still reliant on his sense of humor. When asked if he wants out of Cleveland, he said that the answer is yes and that he already held talks with CFL teams Winnipeg Blue Bombers and Toronto Argonauts.

Bot him, and reporters had a good laugh, knowing that he has many good years ahead of him and that Canadian league is not an option and that it will never be one. On a serious note, Browns star receiver stated that he is staying put and that there’s no intention to leave Browns. He admitted that things aren’t running smoothly but that everyone is working on getting better. Odell talked about the future, and ways both he and the entire team can get better. 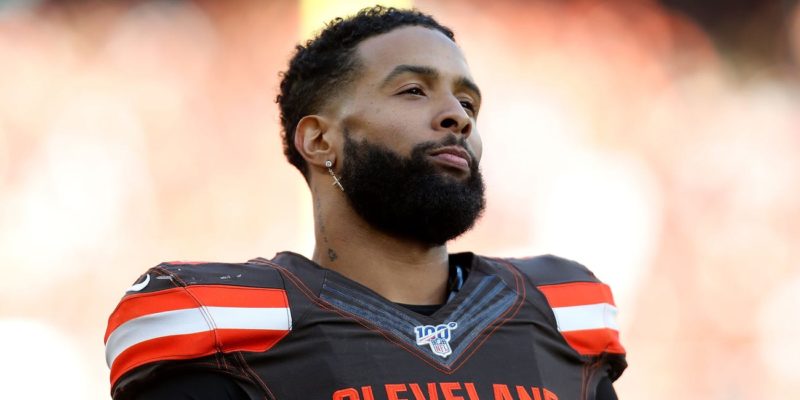 One reporter asked if he would consider playing for Pittsburgh Steelers to which OBJ said that is not going happen, not now, not ever. Another place where Beckham Jr is not going, or better say, coming back is New York. Former Giants WR told that this is not an option and that he’s not sure where do reporters get these rumors.

Odell Beckham Jr. finished this interview by saying that he hadn’t felt at home since he left college but that he feels like that now. His Cleveland house is currently being renovated, and he plans to use it for years to come. OBJ said that he didn’t buy the house only to sell it a few months later, stating that another factor in Cleveland being his home is close friendship with fellow WR Jarvis Landry.