Tom Brady loves playing against Buffalo Bills. His current record is 29-3 with 68 touchdowns and 21 interceptions vs. this foe. Counting from 2001 onward, Brady has more wins than any Bills QB during this period in New Era Field. Astonishing!

AFC East is ruled by New England Patriots ever since Tom Brady became their starting quarterback. If they win their next match vs. Bills, they will clinch yet another divisional title.

The dominance came easy for the Patriots as they had Brady and Bill Belichick running the team. At the same time, their divisional rivals Miami Dolphins, Buffalo Bills, and New York Jets had a plethora of QB’s and coaches coming and going year in and year out. New England failed to win division only two times since 2001. It was in 2002 and 2008. The 2008 season was the one which Tom missed because of injury. If Patriots beat Bills on Saturday, they will clinch 11th divisional title in a row and receive the first-round bye as a reward. 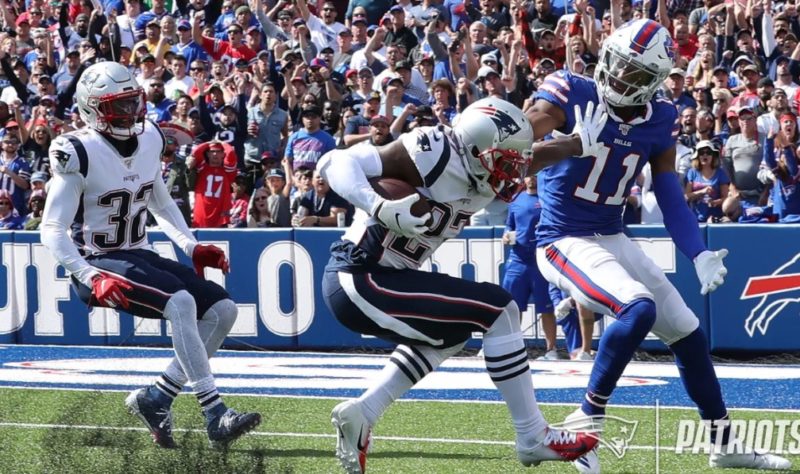 So, as we said, Brady loves divisional matches against the Bills. He already beat them once this year, with the score being 16-10. It was a defense-deciding match. Bills held Brady to 150 yards and even intercepted one of his passes. Similar, low scoring duel can be expected this coming Saturday.

Both teams have secured a playoff berth, but the division is still there to be decided. This year will be only the second time for Bills to reach playoffs since 1999. They managed to reach the wild card game two years ago. This year they secured a playoff spot by beating Steelers last week. Once again, their defense proved to be deciding by holding Pittsburgh to a total of 229 yards and completely stopping their run game.

Read Also: Are All Bridges to NFL Burned for Antonio Brown?

At the same time, New England Patriots saw a drop in form, which was ended by beating Bengals a few days ago. They were on the brink of three consecutive defeats, but Cincinnati was not opponent to do it as they were defeated 34-13. Patriots’ defense was on fire once again. This unit had four interceptions, with one coming from DPOY candidate Stephen Gilmore.

With all said above, you can see that defense will be a deciding factor in Saturday’s game. Both teams are excelling on this side of the ball, but what about the attack? At this moment, we believe that Bills have a slight advantage and that they will, against the odds, come out victorious in three days. Brady is not himself lately and is having issues connecting with his receivers. Josh Allen, on the other hand, is getting better and is starting to appear in moments when Bills need him.

Our prediction: Buffalo at New England 20-13.

5 Reasons to Install Aluminum Windows and Doors in Your...