Nicole Scherzinger Strikes a Provocative Pose in a Leopard Bodysuit

Famous pop singer and the frontwoman of the iconic “Pussycat Dolls”, Nicole Scherzinger, 41, has always been considered as one of the hottest and sexiest women on the planet. The beautiful brunette has stunned her fans again, this time with a special animal-print outfit.

She struck a steamy pose while wearing a see-through skintight leopard bodysuit, underneath she wore absolutely nothing. Nicole also wore matching gloves, while her nails were long in order for the whole outfit to resemble a leopard even more.

Read Also: Nicole Scherzinger Shows Off Her Insane Figure in a Leather Jumpsuit 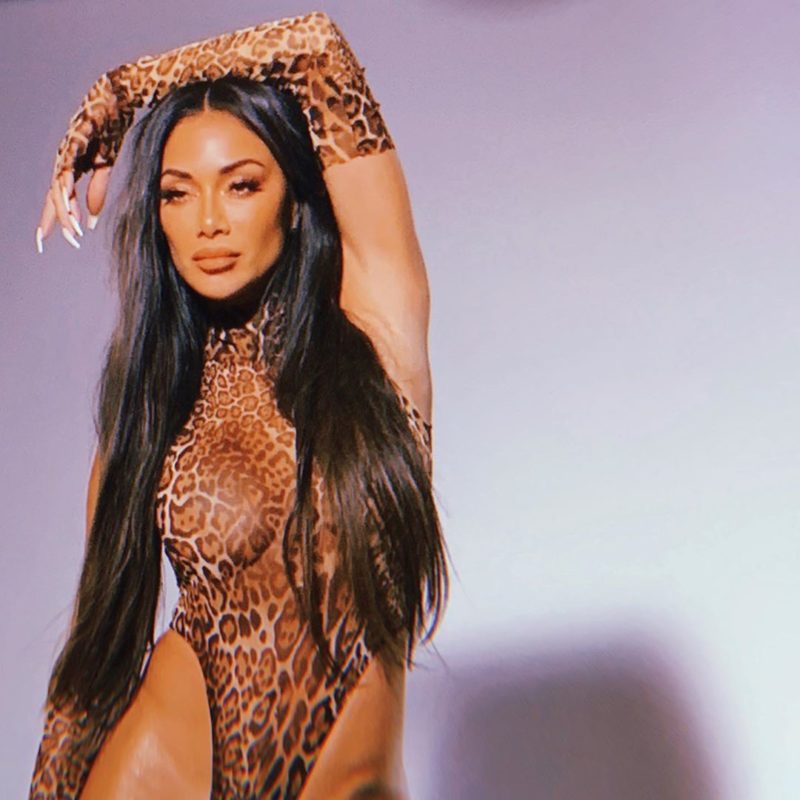 She once again showed that not many can compete with her impeccable physique, and her stunning curves and fit figure were fully visible. The Instagram post has over 182,000 likes and nearly 1,500 comments, while the superstar has more than 4.4 million followers on this social media platform.

Well… I finally gave in to @tiktok ??

She was spotted on multiple occasions with her new boyfriend, former rugby player and “The X Factor: Celebrity” alumni Thom Evans. They are spending a lot of time together lately, and have been posting workout videos of themselves training during quarantine.

Abby Dowse Shows Off her Tan With a Provocative Pose