EXPRESS – 04/05/2020: Nancy Pelosi returns the hit to Donald Trump. She decided to form a committee that will oversee Trump’s response to the ongoing coronavirus crisis. The House committee angered the Republicans, which already were unsatisfied with Pelosi.

One of the primary functions of this committee will be to take care of where will the funds from the $2 trillion stimuli end up. Congress passed the bill that allows this special fund for coronavirus last week. Republican party believes that there’s enough oversight over these funds. 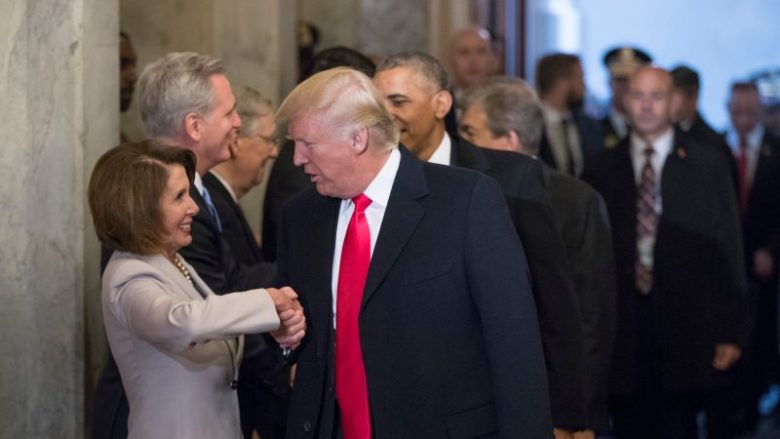 Two days ago, Pelosi announced that a House Select Committee would be formed to help in dealing with the COVID-19 pandemic. This committee will have members of both Democrat and Republican parties included. They will have the authority to ask for information about Trump’s administration on the subject of coronavirus.

Nancy Pelosi stated: “It would have subpoena power that’s for sure. It’s no use having a committee unless you have subpoena power, and we would hope that there would be cooperation because this is not a kind of an investigation of the administration it’s about the whole [response].”

The Republicans are not happy, and House Minority Leader Kevin McCarthy made his opinion public. During an interview with Fox & Friends on Friday, McCarthy said: “This isn’t about oversight, it sounds like pure politics. Let’s take care of the crisis at hand right now. We have five different oversights already looking at this, and this is what she comes up with?”

Donald Trump himself stated a few days ago that this is no time for politic games. On Thursday, Trump launched an attack on the Democrats: “I want to remind everyone here in our nation’s capital, especially in Congress, that this is not the time for politics, endless partisan investigations. They’ve already done extraordinary damage to our country in recent years.”

Donald Trump Refuses to Wear a Face-Mask Despite CDC Recommendation!

Nicole Scherzinger Strikes a Provocative Pose in a Leopard Bodysuit