One of the most popular and recognizable supermodels in history, Naomi Campbell, 49, remembered the time she fell during a fashion show back in the 1990s. 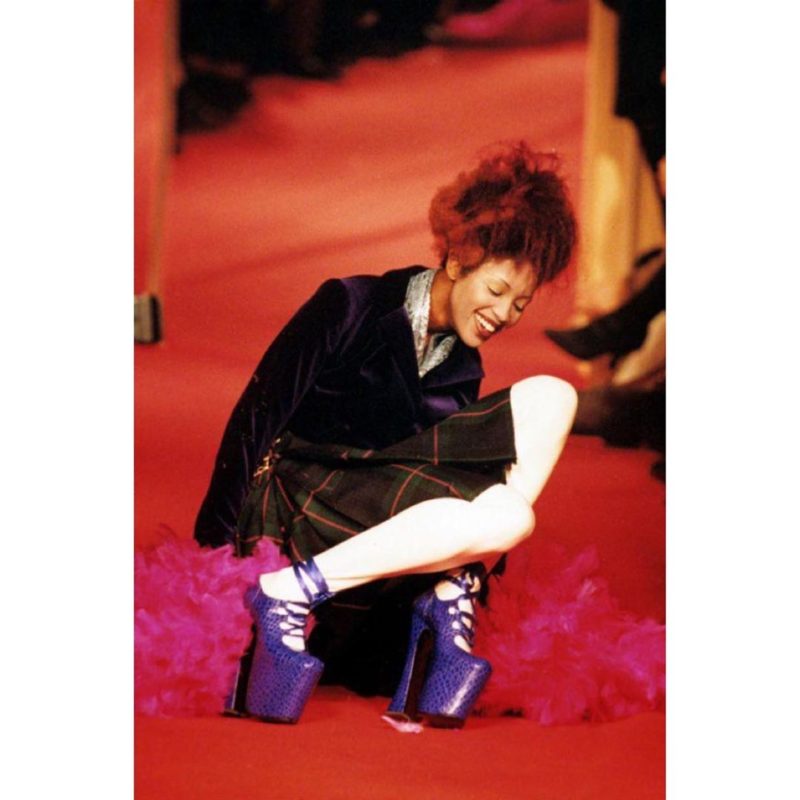 At one event in 1993, Campbell was wearing super-high heels as a part of her outfit. As she was walking, she twisted her ankles and fell down, booty first, straight to the floor. She laughed it off immediately and took it like a champ. The crowd supported her and gave her a round of applause and cheers.

“Do not judge me by my successes, judge me by how many times I fell down and got back up again.” — Nelson Mandela @viviennewestwood #1993 #fbf

She posted a video and a photo of the misfortunate event to her Instagram page, as well as the picture of the crazy shoes she wore back then. In the caption, she wrote an important and encouraging message by Nelson Mandela.

I won’t be saying that for a while….Be Still, Stay home and stay safe ♥️??

Naomi wrote, ““Do not judge me by my successes, judge me by how many times I fell down and got back up again.” — Nelson Mandela.” Naomi has over 8.9 million followers on the social media platform, and this post gained more than 316,000 likes.

Naomi Campbell Is A Mom To A Baby Girl

Doctor Which Battled Coronavirus on The Front line Commits Suicide