POLITICAL FLARE – 02/10/2020: You need to be blind not to see that there’s something wrong with Donald Trump’s and Melania Trump’s relationship. Considering how many times Donald was accused of cheating, by various women, the reason for the longevity of their marriage isn’t love. It’s interest.

Now, new information about their relationship, or the lack of it, is coming out. A former employee of Trump and one that worked on The Apprentice claims that Melania Trump has a boyfriend. Not only that, this source claims that they have an ongoing relationship for years now. The person in question worked in Trump Tower. 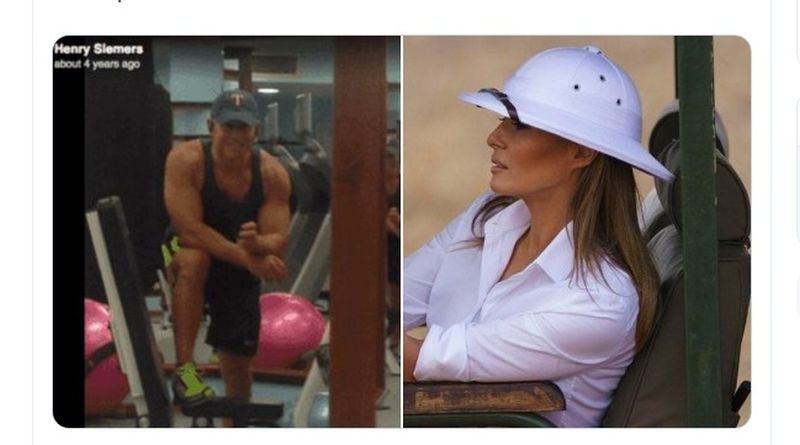 Noel Casler, the employee in question, even tweeted about it. You can see the original tweet below. It seems that the boyfriend of the First Lady is a man called Henry “Hank” Siemers. He is the chief of security at Tiffany’s. They have a store located in Trump Tower. Siemers is not a bodyguard of a sort, but he’s actually the vice president of the global retail security of Tiffany&Co.

Read Also: Is Melania Trump The Most Beautiful First Lady Ever?

This is not the first time someone brought this up in public. Monica Byrne, a novelist, also tweeted of Melania’s alleged romance and the fact that Donald Trump is aware that it exists. These tweets have since been deleted, but you can see a saved copy on the Perez Hilton website.

Melania didn’t live with him in Trump Tower either, she lived with her boyfriend. We had to book the transpo on ‘Apprenctice’ Finales and her pick-up was NOT on 5th Ave.

This story seems real, as there are people close to the presidential couple who claim that they were on the brink of a divorce. It appears that the only reason they remained married is the fact that Donald Trump won the elections. The story continues as others claim that they have papers for divorce in place but that now they wait for the November elections. Sources claim that the pair will split if Donald Trump doesn’t get reelected.

Melania Trump has been rumored to be having a longtime affair with Henry “Hank” Siemers, vice president of global retail security at Tiffany’s in the Trump Tower. pic.twitter.com/syforOpZe1

Inquisitr magazine also wrote on this subject. They even managed to get a comment from Melania trump’s spokeswoman, who stated that Donald and Melania are not getting divorced but failed to deny her relationship with Siemers.