British media personality Katie Price has been shocking the public in recent years with her plastic surgery, which ruined her appearance significantly.

Price became famous in 1996 as a model who was appearing in the tabloids The Sun and The Daily Mail under the name Jordan. A few years later, she took part in the reality show “I’m a Celebrity … Get Me Out of Here!”, in which she met musician and entrepreneur Peter Andre (47). 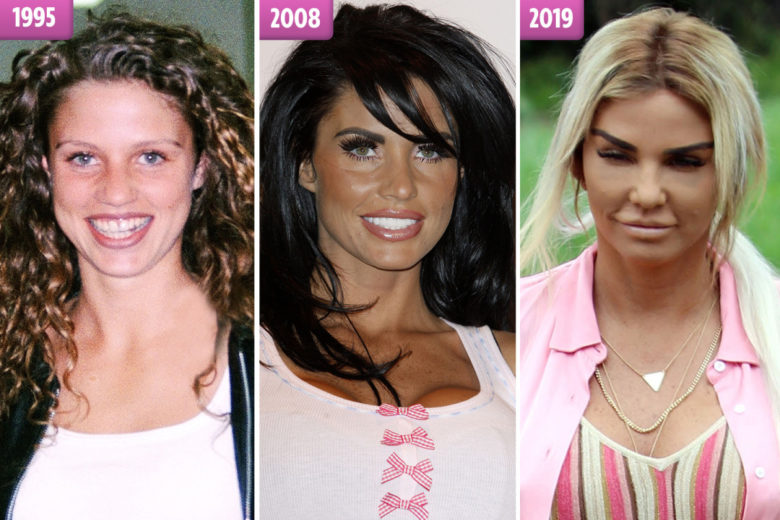 Katie and Peter got married in 2005 and then launched a reality franchise about their lives. They documented some key moments, such as getting to know each other, getting married, and the birth of their children.

The couple welcomed a son, Junior Savva, in June 2005, and a daughter, Tiaamii Crystal, two years later. Katie lost her baby in April 2009 in the 10th week of her pregnancy, and a month later, she and her husband announced their divorce. After the divorce, each of them was given a separate reality show. 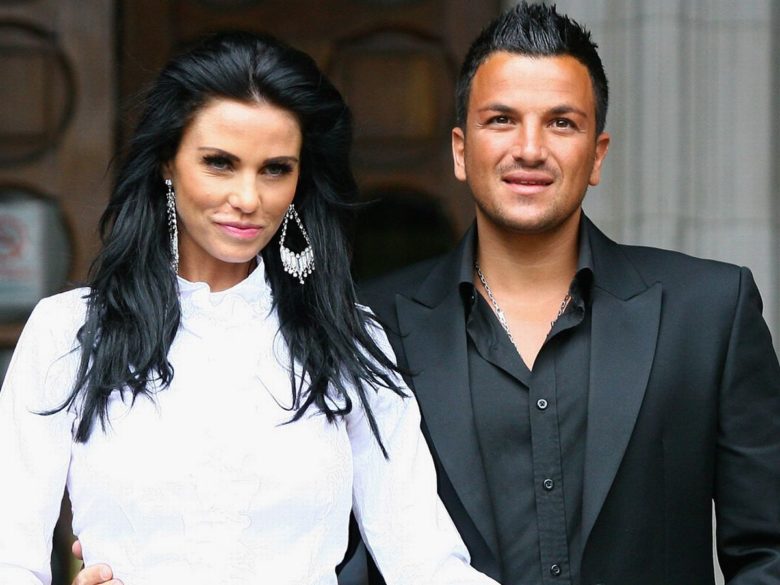 She wasn’t able to officially divorce Andre when in July 2009, she began a relationship with MMA fighter and actor Alex Reid. The couple got married in February of the following year at a private ceremony in Las Vegas. They later confirmed their love at a church wedding in the UK, all filmed everything for her reality show.

Read Also: Bankrupt Katie Price Must Pay $210,000 to Her Husband After Blackmailing Him

As quickly as they said a fateful yes, so quickly did they broke up. The couple began a separate life in January 2011 and divorced in March 2012. The main reason for their divorce was unreasonable behavior. 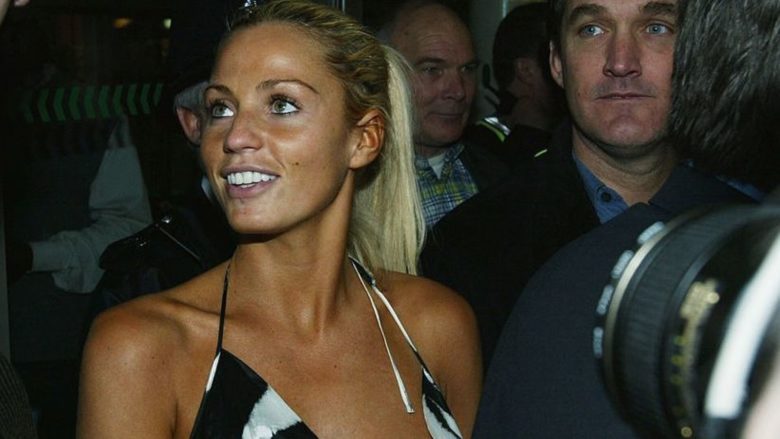 But Katie has not lost faith in love and marriage, and in January 2013, she married Kieran Hayler in the Bahamas. In August of that year, the starlet gave birth to their son Jetta. A year later, she gave birth to a daughter, Bunny. But a few months before her birth, Price accused Kieran of having an affair and filed for divorce. 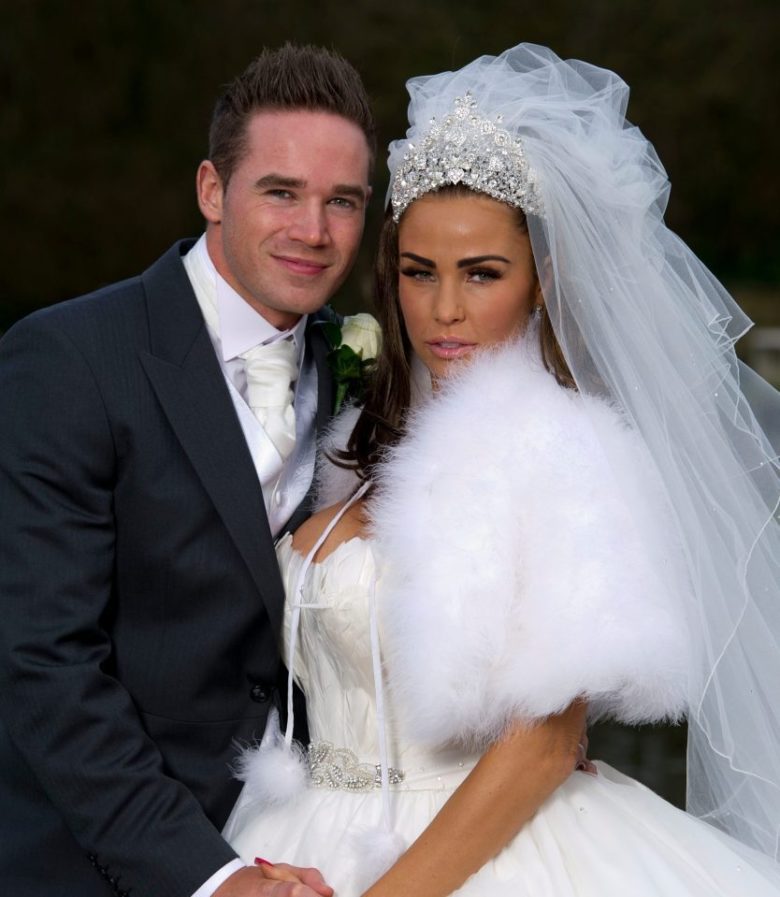 While the divorce proceedings lasted, the 41-year-old starlet announced in June 2019 that she had been engaged to Kris Boyson, and only a month later, they had split. Her divorce from Kieran ended earlier this year.

In addition to children with ex-husbands Kieran and Peter, Katie also has a son Harvey, 18, from a relationship with retired American football player Dwight Yorke.

In addition to the turbulent love life of the starlet, she also shocked the public with plastic surgeries. She made her first surgery as a 19-year-old, and that was a breast augmentation, so she switched from B to F bra size.

Read Also: Katie Price Reminds Her Fans How She Looked Before Plastic Surgery 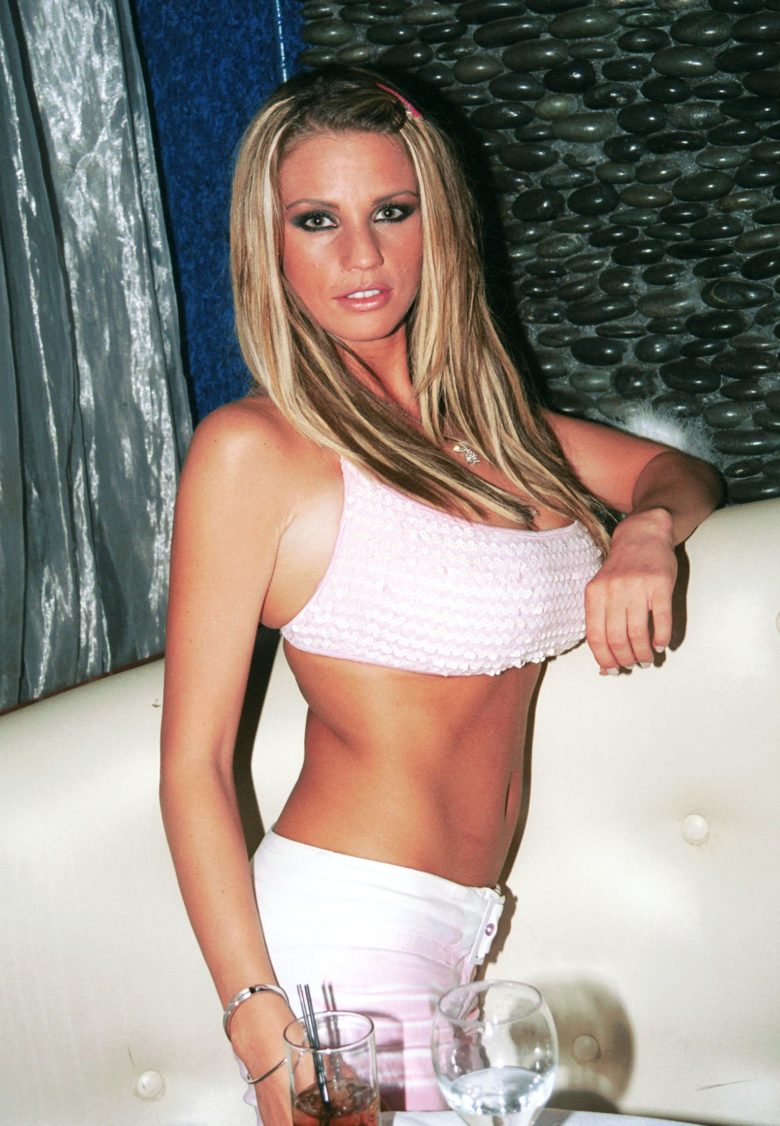 And Katie couldn’t stop there but continued with face lifting, Brazilian butt lifting, and liposuction. In fact, according to plastic surgery experts, there is nothing the starlet has not corrected on her body.

The doctors warned her that she was endangering her life, but she didn’t even want to hear about it. Last year, she went to Turkey to lift her eyelids and arrange her buttocks. Over the years, she has spent hundreds of thousands of dollars on operations, but it ended up with a tragic result. 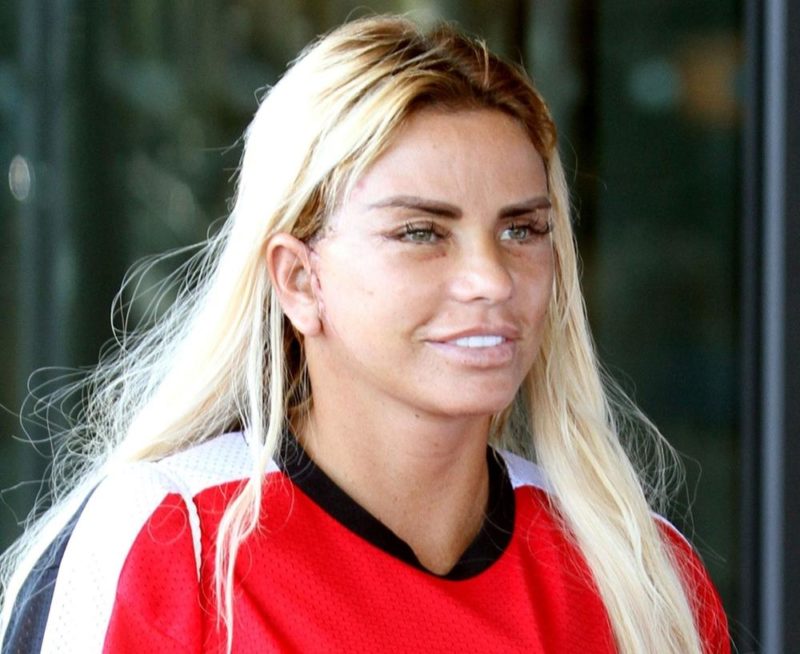 Also, the starlet declared bankruptcy in December 2019. According to British media, her debts are estimated at more than $ 4.3m. But Katie is not stopping, and her reality show called “My Crazy Life “is currently being broadcasted.

The Countdown is on… 3 Days to Go ⁣⁣⁣ ⁣⁣ A One-Off Special. ⁣⁣ Katie Price: My Crazy Life – Monday 4th at 10pm⁣ on @quest_red ⁣⁣⁣ ⁣⁣ Who’s as excited as I am? Bring it on! 💕⁣⁣ ⁣⁣ #KPMyCrazyLife

Donatella Versace Turns 65 Soon: From Beauty to the Queen of Plastic Surgery

What Determines the Value of a Cryptocurrency in 2020