Katie Piper, 36, is a well-known British presenter, writer and influencer, but what makes her a role model for women around the world is her difficult life experience, from which she emerged as a winner.

In an interview with Harper Bazaar magazine, Katie spoke about the horrific attack that was organized in 2008 by her then-boyfriend Daniel Lynch. Piper had a successful modeling career at the time and won the Miss Winchester title. Her boyfriend hired professional Stefan Sylvestre, who threw sulfuric acid in her face. 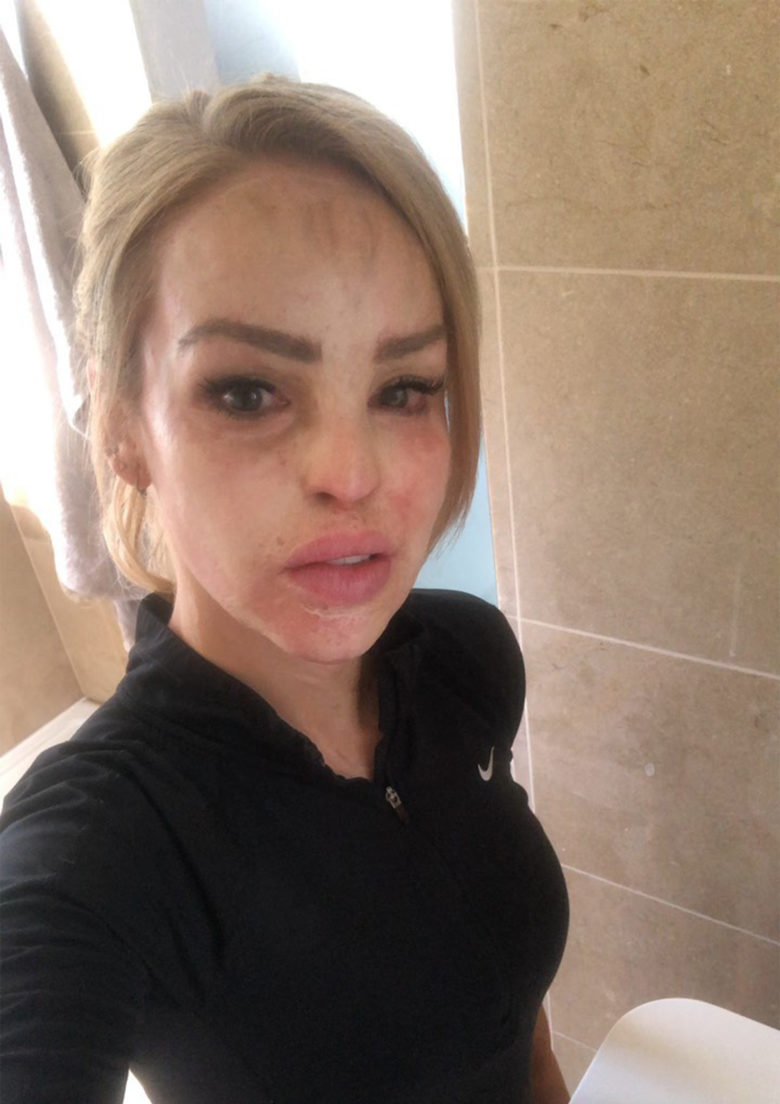 After the attack, Piper got blind on one eye, her skin was completely wiped out, and a year and a half later, she did not want to go out. She struggled at the same time with mental and physical repercussions, but then she gathered strength and spoke up to help women who suffered some form of violence.

“If I must accept that I have permanently changed, then it’s the industry I must now change.” ⁣ ⁣ #KatiePiper was a rising TV personality in the U.K. when a brutal attack transformed her life. Now she’s back in front of the camera— and working to change our conceptions of beauty. Head to the link in our bio to read about her journey to becoming a model survivor. ⁣ ⁣ Photographer: @jasonbellphoto⁣ Fashion Editor: @fgolfar ⁣ Hair: @chris88hair⁣ Makeup: @toby_salvietto ⁣ Katie wears @ysl by Anthony Vaccarello, @louisvuitton, and @manoloblahnikhq

She revealed that after a brief acquaintance, she began a relationship with David, and two weeks later, he turned out to be a real monster. He abused the presenter for eight hours, then hired an acquaintance to pour acid on her face. He was sentenced to life in prison in 2009, and at best, he can go out after 16 years. 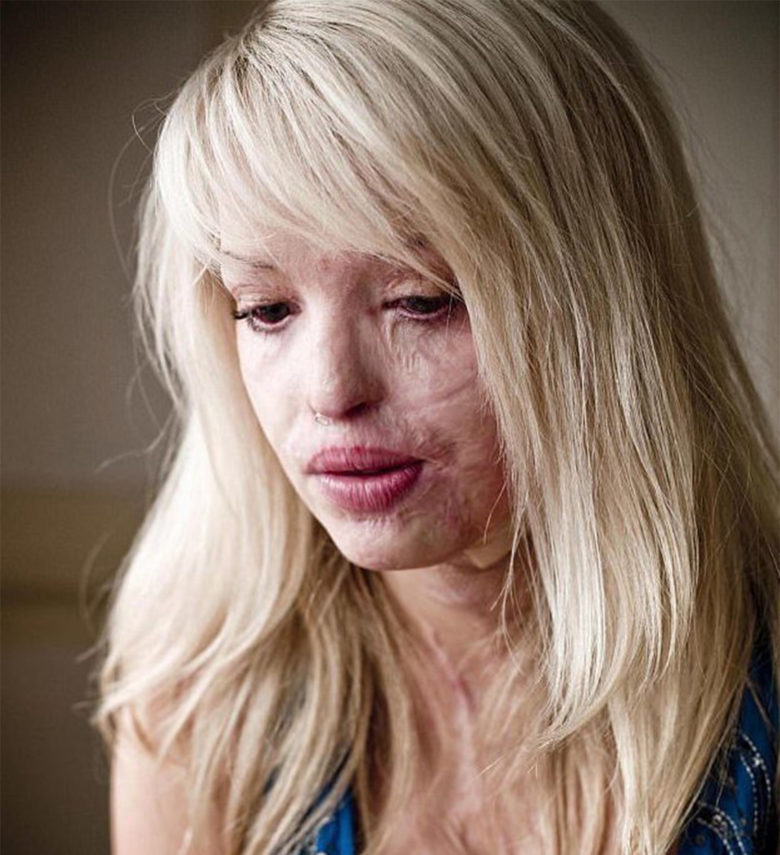 Katie spent 12 days in an induced coma and underwent more than 300 surgeries to reconstruct her face. The 36-year-old posed for Harper Bazaar in an unbuttoned white shirt that revealed her scars above her chest. 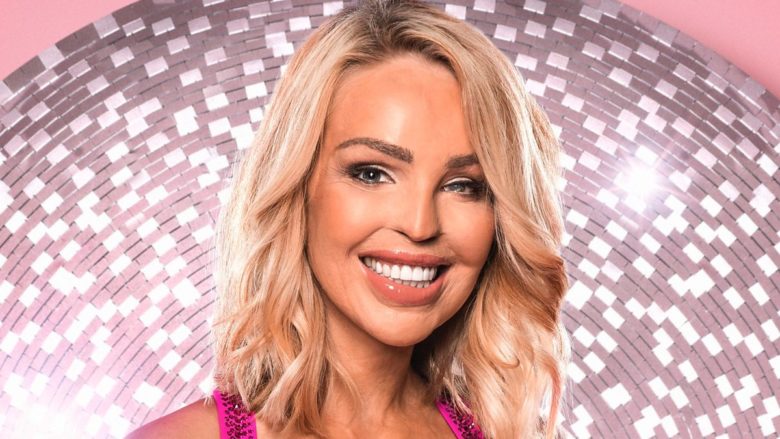 She has written three books in which she talks about her experience, has 946,000 followers on Instagram, and is also a successful presenter on some of the most popular television shows.

“In the early days, people always asked me, ‘What now?’ I didn’t fit in. I remember thinking, ‘Well, if I must accept that I have permanently changed, then it’s the industry I must now change.’ At times I struggle to relate to women my age, as I’ve experienced so much pain, joy, and euphoria in these short 36 years”, she told Harper Baazar.

Katie added: “But it’s given me unshakable confidence, the knowledge that whatever happens in life I have the ability to recover from it”. 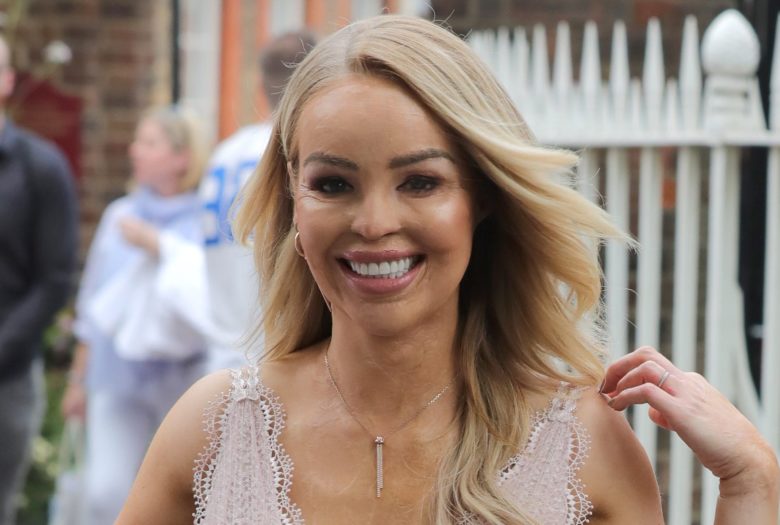 Apart from her business success, Katie is also very happy in private life. The writer has been married to construction contractor Richard James Sutton (37) since 2015. Spouses have daughters Penelope (3) and Belle (6). 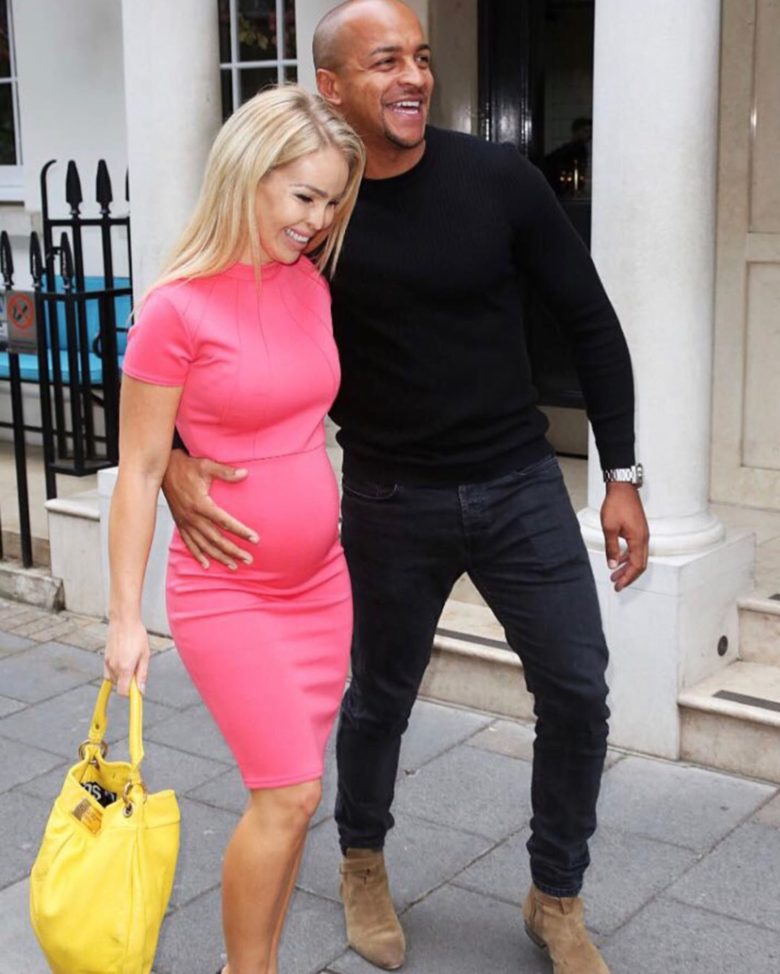 She recalled the time when they started dating: “Soon after that, I needed to have more complicated operations, and I suggested we wait a few months until we meet again. He said ‘No,’ and was by my side throughout. He saw me as myself and loved me”.

Katie Piper added that Richard was a little weird, witty, and looked her directly in the eye, never mentioning her scars.

Monday and for once it’s not business as usual! My work in London has been cancelled so I’m being forced to slow down and I think that’s a good thing. For the sake of others it does feel right to pause where possible and to not carry out unnecessary activity. For some myself included it’s hard to stop, to do “nothing” but I’m going to use this time wisely to reset physically and mentally. In between work from home commitments, children and running a house I intend to read that pile of books in my office I never have time for, binge on podcasts, Netflix and chill. This is one of my favourite quotes that has carried me through other challenging times…. “It does not matter how slowly you go so long as you don’t give up” I’m going to use this quote as Inspiration to not unravel my usual routines, to not start lacking in discipline and breaking good habits I’ve developed. So what this means is continuing with: Regular exercise Balanced healthy diet Connecting with friends and family- using technology when necessary Therapy sessions Mindful and honest about alcohol consumption Checking in with ones self and others around mental health. Also it’s a personal choice but I’ve deleted news apps. Disclaimer: I’m not a medical professional. This isn’t official advice it’s just a personal account of what I will be doing for new few weeks.

Bernie Eccleston Is About to Become a Father at 89!

Jennifer Aniston Surprises a Nurse With a $10,000 Gift Card