EXPRESS – 02/27/2020: Ivanka Trump had a good time in India. Because of this, she decided to thank the Indian Prime Minister, Narendra Modi, for her trip. This did not sit well with netizens.

Donald Trump and Melania Trump were on a diplomatic visit to India. For some, as of yet unknown reasons, Ivanka and her husband Jared Kushner were also present. The first daughter went sightseeing and had a good time overall, so she decided to thank the Prime Minister of India. 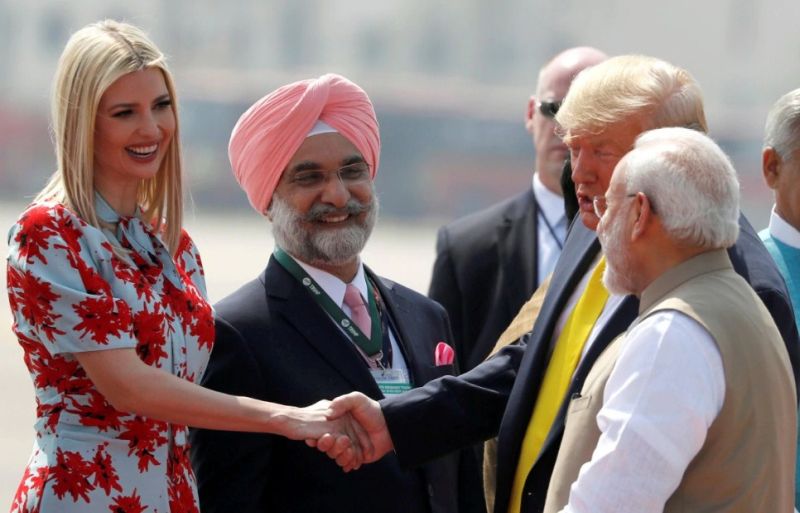 She wrote on Twitter: “Thank you PM Narendra Modi for your warm hospitality as we visited your beautiful country and celebrated the strength, spirit and unity of the US & India!”

Read Also: What Was Ivanka Doing in India, Besides Spending Taxpayers Money?

It seems that Ivanka had the time of her life, and spiritual awakening, as she also added: “Throughout our visit we saw monumental achievements of human creativity & proof of the infinite capacity of the human heart!” Ivanka wrote all of this in a response to a tweet the Indian Prime Minister Narendra Modi posted.

The Indian Prime Minister stated his happiness of being able to host both Ivanka and her husband, Jared Kushner. While Kushner’s and their Indian hosts clearly enjoyed themselves, there were those unhappy with this development.

Thank you PM @narendramodi for your warm hospitality as we visited your beautiful country and celebrated the strength, spirit and unity of the US & India!

Throughout our visit we saw monumental achievements of human creativity & proof of the infinite capacity of the human heart! https://t.co/EwHvwdvbuR

Internet users were quick to judge Ivanka Trump for even being in India in the first place. The reason is that they believe that Ivanka went on this trip using taxpayers money. At the same time, they also resented to her that she was only focused on her tourist visit instead on the social matters of the state she was visiting.

During Donald Trump’s visit to India, there was a breakout of protests in India’s capital. The protestants were fighting among themselves and with the police, and none of Trumps who were on sight mentioned this.

All they did was spending millions of taxpayers money in an attempt to build their brand. If you didn’t know, both Trump and Kushner have their enterprises located in India.

Afro-American Voters Have an Unfavorable View on Donald Trump