ECONOTIMES – 02/27/2020: Be wary of what you are about to read. Donald Trump has a spiritual adviser, who is as you are about to see closer to spirits than to reality. Her name is Paula White. In recent weeks she made a series of absurd claims. They go from visiting heaven to meeting God. White also claims she has been recalled to the White House.

Her stories do sound absurd, but according to Political Flare, they are merely means to preach her gospel. During her preaching, she often claims that at one point, she has been put down to the floor by an untouchable force. 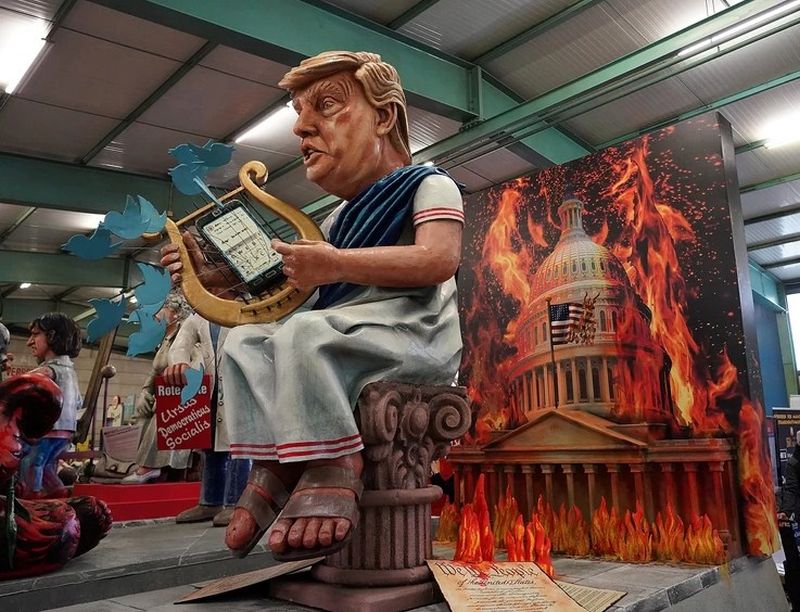 In one of her most recent interviews, White even claims she paid a visit to God, who also has a reception room with a throne. Paula White is very vocal in her gospels and interviews, and they sound unbelievable. They probably are not entirely correct, but judge by yourself.

Read Also: Trump Worries More About the Stock Market Than About Coronavirus

On her close encounter with God, White said: “There was a mist that was coming off the water, and I went to the Throne Room of God, and I didn’t see God’s face clearly, but I saw the face of God … I knew it was the face of God.”

The story gets more vivid, as White claims that God has a plan for her, which was shown to her: “He put a mantle [on me], and it was a very distinct mantle. There was a mantle, and I saw it very distinctly, the color was like a goldish, a yellowish-goldish.”

The more you listen to her, the more you can’t believe the words she sprouts. This woman is part of Donald Trump’s administration, among other things. If you understand what she’s saying, then she will once again work closely with Donald Trump. She continued her interview by saying: “And then I saw the Earth for a moment, and [God] brought me back, and he put me in certain places, one being the White House, and one being certain continents.”

Her words should be taken with a grain of salt, as they are almost certainly a bunch of nonsense. And yet she’s part of Trump’s administration. Think about that for a minute. We certainly will.