Home News What Was Ivanka Doing in India, Besides Spending Taxpayers Money?
News

ECONOTIMES – 02/26/2020: It’s often the case that when he travels abroad, Donald Trump takes his family members with him. Some time ago, when POTUS went to the UK to visit Queen Elizabeth II, all of his children and their spouses tagged along.

The public eye caught his doings, and they are not satisfied because the taxpayers money pays these travels. The latest voyage abroad was the one to India which just ended. Donald Trump was accompanied by his wife, Melania Trump, the First Lady, which is fine. The thing which is not okay is that he brought Ivanka Trump along. The question, what was Ivanka’s job in India still lingers? 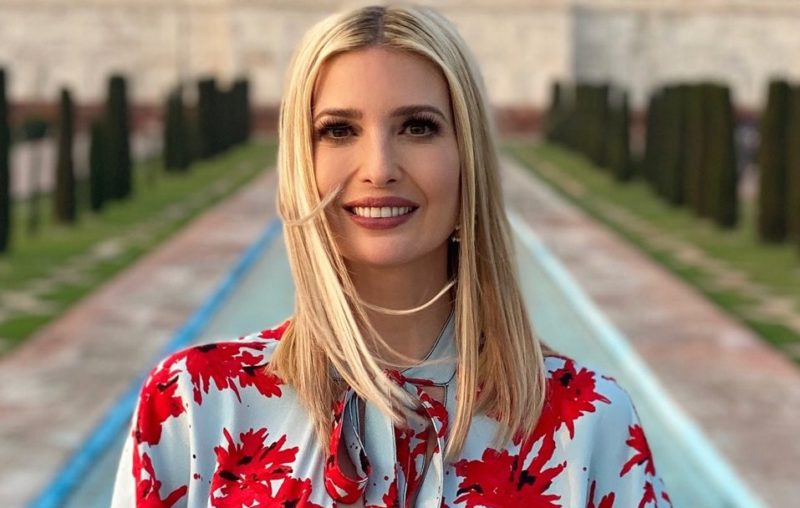 Maybe people wouldn’t pay to much attention to Ivanka, but she documented her visit to India with many photos, which she later shared on social media platforms. One of the pictures that annoyed netizens the most was the one taken outside the Taj Mahal. Ivanka captioned the post with: “The grandeur and beauty of the Taj Mahal is awe inspiring!”

While Ivanka was thrilled to be in India, the Twitter users were not. They asked questions that always pop up regarding Ivanka. Twitter user @LuLuRoche asked why was the first daughter in India in the first place. @luizlemuz was harsher and asked: “What do you do, anyway? World leaders roll their eyes.”

The grandeur and beauty of the Taj Mahal is awe inspiring! ?? ?? pic.twitter.com/jcYwXHxf4c

The thing that irritated Twitter users, even more, was the presence of Ivanka’s husband, Jared Kushner. The asked why he was there, as one honeymoon wasn’t enough for the pair. Seeing many members of Donald Trump’s family in India really brings the question: What was their function there? Ivanka and Jared are advisers to President, but he didn’t need their advice in India.

It was evident that the POTUS did all the work. Others were there just for sightseeing, on taxpayers expense.

Trouble in Paradise, Ivanka and Don Jr Dislike Each Other!