EXPRESS – 02/16/2020: Donald Trump brought his daughter Ivanka into the White House. Donald Trump Jr is part of his close circle of political allies, while his son-in-law Jared Kushner is an adviser to the President. POTUS has favorites within the family, but so does Melania Trump. It seems that Barron Trump is a lot closer to his mother than to Donald Trump. Reports suggest he could even follow in his mother’s footsteps.

In recent years Barron Trump grew quite a lot. Because of this, people are already suggesting he could have a career in fashion. He’s also shown signs that he has a sense of dressing, with his outfits often being stylish. 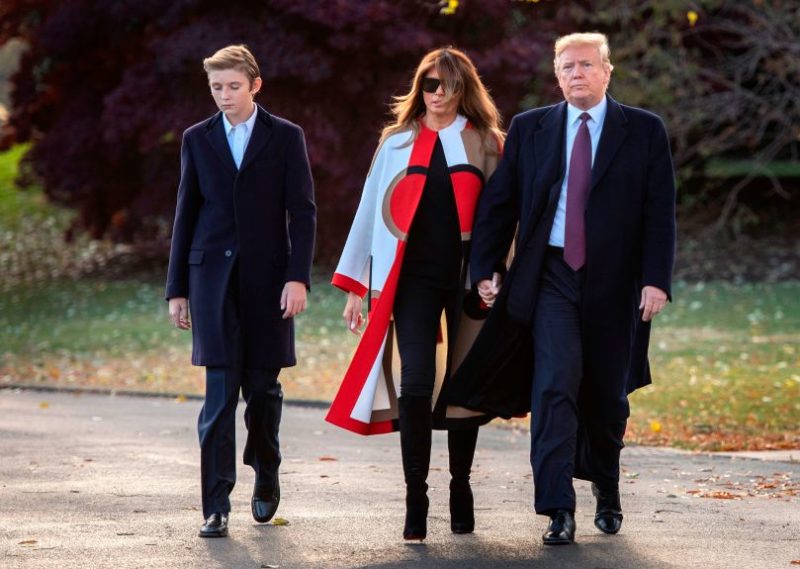 As you know, before marrying Donald Trump, Melania was a fashion model. Now, while the presidential couple fills the headlines, the youngest Trump started attracting attention from reporters. With his growth spur, he’s now taller than both of his parents. Because of this, netizens are already suggesting that in addition to being dubbed as the next big thing in the NBA, he could be a model.

Being a celebrity runs in the Trump family, so it wouldn’t be a surprise if Barron tired himself in showbiz. He has all the necessary intangibles. With his mother, a former model, and father a reality TV superstar, he inherited everything he could. Melania proved herself as someone who understands fashion and dresses with style. Her son is doing the same at only 13 years old.

In the past few months, Barron Trump wore the matching outfit as his mother. It is clear that Melania is his role model. Barron couldn’t have picked any better. Furthermore, his eldest sister, Ivanka Trump, was also a model once upon a time. She could give him advice or two. Besides, Ivanka is, at the moment, one of the best-dressed women in the United States.

It runs in the family, so you should look for a future supermodel Barron Trump.