ECONOTIMES – 02/16/2020: Donald Trump went a long way since being a real estate mogul to becoming President of the United States. But, he wants to go even further. Trump is aiming at kingship. It seems he’s quick to assume people consider him a king.

One particular New York Times article mentions Donald Trump and the word ‘king’ in the same sentence. Trump immediately tweeted about this. POTUS, of course, thought that the term ‘king’ refers to him. 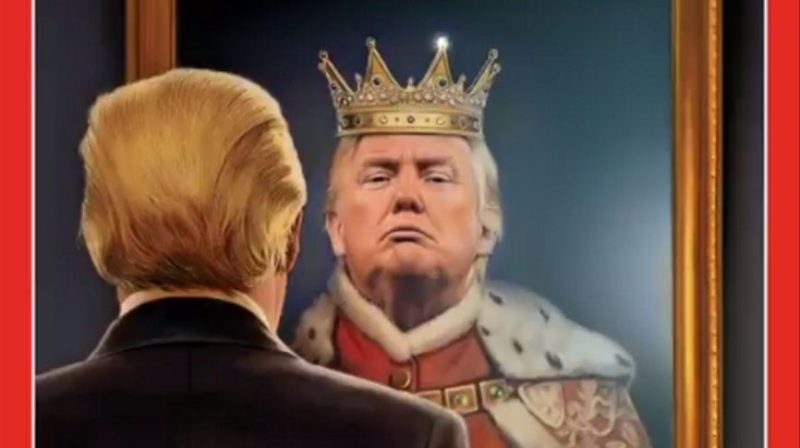 The article was about Ralph Waldo Emerson’s quote, referring to Trump’s impeachment trial. Emerson famously said that if you want to shoot at the king, you better kill him. Trump sees himself as the king who was shot at, but he survived. His tweet shows us precisely this.

Read Also: Is Barron Trump Following in His Mother Footsteps?

This immediately encountered a backlash from netizens. Some of them fear Donald Trump even as President. If he starts acting like a king, who knows where’s he going next. A journalist, Jason Miciak, stated that Trump shouldn’t relax too much, as Emerson didn’t say anything about shooting at the king twice.

Others laughed at Trump, stating that he’s only an occupant at the White House who already overstayed his welcome. There were those who feared for the US Democracy, with a president who is delusional about his position. There were even those stating that POTUS is not a patriot for even thinking about himself as a king.

“Ralph Waldo Emerson seemed to foresee the lesson of the Senate Impeachment Trial of President Trump. ‘When you strike at the King, Emerson famously said, “you must kill him.’ Mr. Trump’s foes struck at him but did not take him down. A triumphant Mr.Trump emerges from the…..

Twitter user @eugenegu quoted Ralph Waldo Emerson drawing another parallel with Donald Trump: ‘You are not a king. You are a bankrupt casino clown who built castles in the air, and like a fool, let them crumble on top of your weird looking head bro.’

Ralph Waldo Emerson also famously once said, “You are not a king. You are a bankrupt casino clown who built castles in the air and like a fool let them crumble on top of your weird looking head bro.”