After Being Acquitted Donald Trump Forgot About Son Barron Trump

EXPRESS – 02/10/2020: Donald Trump was triumphant after the Senate acquitted him on allegations of abuse of power and obstruction of justice. He prevailed in the fight between him and those who wanted to impeach him. This time Trump didn’t take all of the credit for his monumental victory, but he thanked his whole family. What was controversial about this is that for a brief moment, it seemed like he doesn’t consider Barron Trump as a part of his family.

During the speech he gave after being acquitted, POTUS apologized to his family for what he put them through. But, Twitter users were quick to notice that for a moment there, he forgot to include Barron with other members of his family. 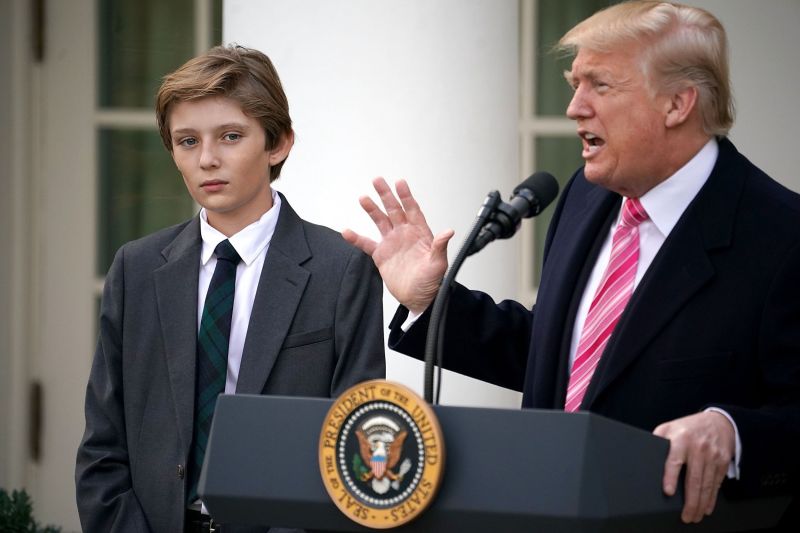 Trump said that he wants to apologize to his family because of what they been through, thanks to some sick and rotten people. He then pointed out to his daughter Ivanka, his sons, and his whole family. But, at that moment, he realized that Barron is also present, and added that his family includes Barron as well who is a young boy and also present in the audience.

The way President Trump conjured his sentence, it looked like he had no recollection of Barron being part of his family and his youngest son at that. The reason must be that Barron is very young, and because of that, he had nothing with the process that Donald Trump was going through during the last few months.

On a daily basis, Donald Trump works with Ivanka Trump, who is his closest adviser, while Donald Trump Jr has worked on his campaign in 2016 and will work during his year. Melania Trump and Eric Trump also participate in Donald’s political life. This could be the primary reason he didn’t include Barron as a part of his whole family. Same as Tiffany Trump, Barron is not part of Donald’s close political circle of family members.