Barron Trump Should Pursue a Career in The NBA

INTERNATIONAL BUSINESS TIMES – 01/20/2020: These days you don’t need a career adviser. The Internet will do it for you. The last case where netizens picked a future profession for a famous young person is Barron Trump.

Last weekend when Trump family visited their Mar-a-Lago, Palm Beach resort journalist wrote more about Barron than about Melania and Donald. The reason is simple. Barron Trump is a big boy. Even at 13-years old, he is already taller than his father, Donald Trump. 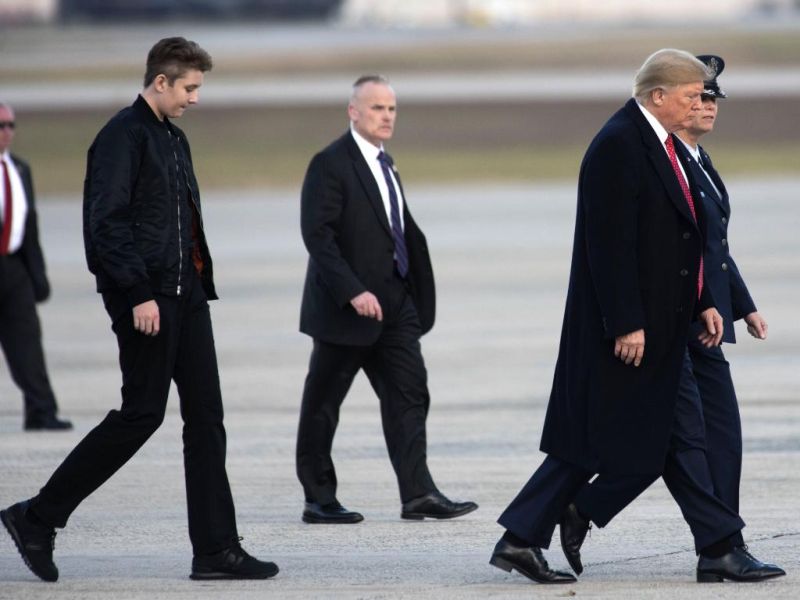 Because of his height at such a young age, Internet users quickly found a perfect profession for him. Most of them agreed on the fact that he probably has a shot at being a basketball player. Considering that he will continue to grow, dunking a basket is a close reality for him.

What comes as a bigger surprise, it looks like he grew a few inches in a couple last months. Nobody talked about his height the previous year. Now, they already see him topping some professional NBA players in a matter of months even before he turns fourteen.

One Twitter user commented that Barron is already much taller than his parents. Considering how he towers above both of them, he’s probably taller than all people he knows. Because Trump’s youngest son lives with him in the White House, DC, some people suggested that Washington Wizards need to try and sign him. Others compared him with Lithuanian ace Kristaps Porzingis.

Barron Trump is going to be the greatest dunker the NBA has ever seen pic.twitter.com/jfs9m1xtUc

In the past, there were those who spread rumors that Barron’s father is a Russian basketball player. Now, upon seeing his height, many are talking about this again. No evidence of this claim never arose, and we refuse to believe this.

The actual reason behind his height is probably his mother, Melania Trump, whose parents are both very tall. In the mid-time, both we and NBA scouts will continue monitoring Barron’s development.

Cardi B Took her Chances: Her Style was Shocking

Here’s Another Big Difference Between Melania Trump and Michelle Obama