Famous actress and singer Hilary Duff, 32, went out recently to run some errands. The photographers snapped her on the streets of Los Angeles in a very interesting outfit that had the fans talking.

The former teenage star became famous in 2001 thanks to her role in “Lzzie McGuire.” On Wednesday afternoon, she was seen on the streets of LA wearing a denim shorts, a white top, and a long white duster coat. 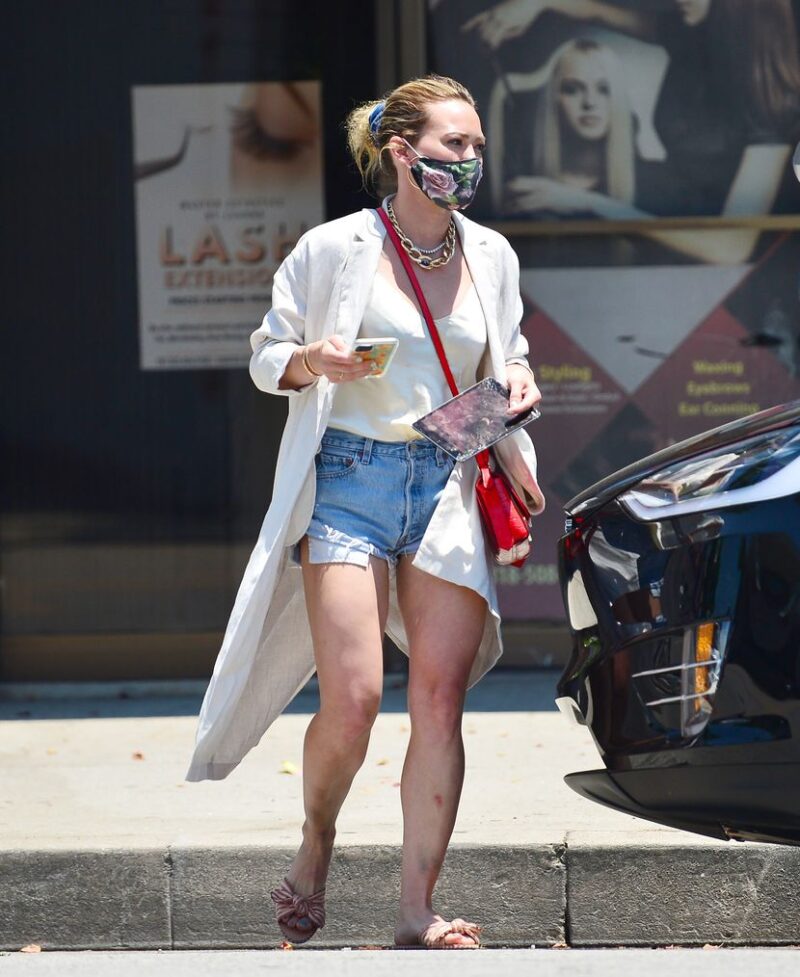 Duff also wore a bright red handbag, several necklaces, and a pair of bow slides. To stay safe in public and keep herself from potentially catching coronavirus, Hilary also wore a floral surgical mask. She held her iPhone in one hand, and an iPad in the other. 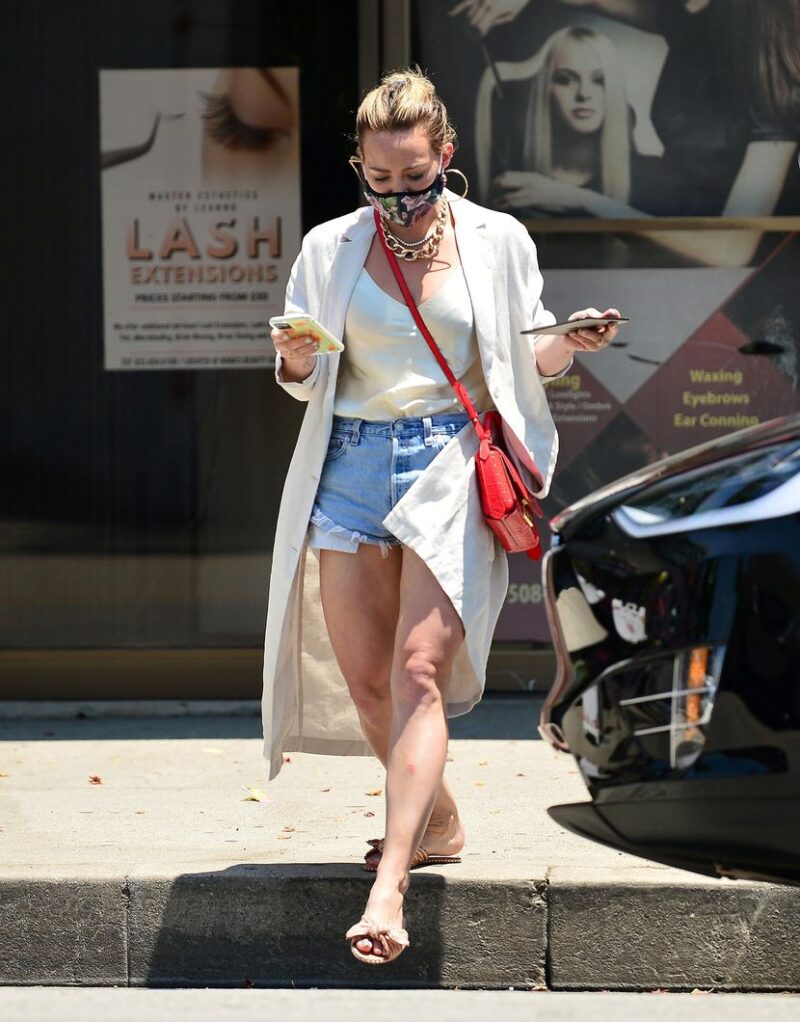 What fans noticed the most i her hair. She tied it in a messy bun, and it appeared to be quite greasy. In addition, her legs looked bruised, which made everyone think what had happened to her. Some comments said how she picked up the first pieces of clothing she saw and did not care how she looked that day. It does not seem like her, since she has always cared about her looks and style. 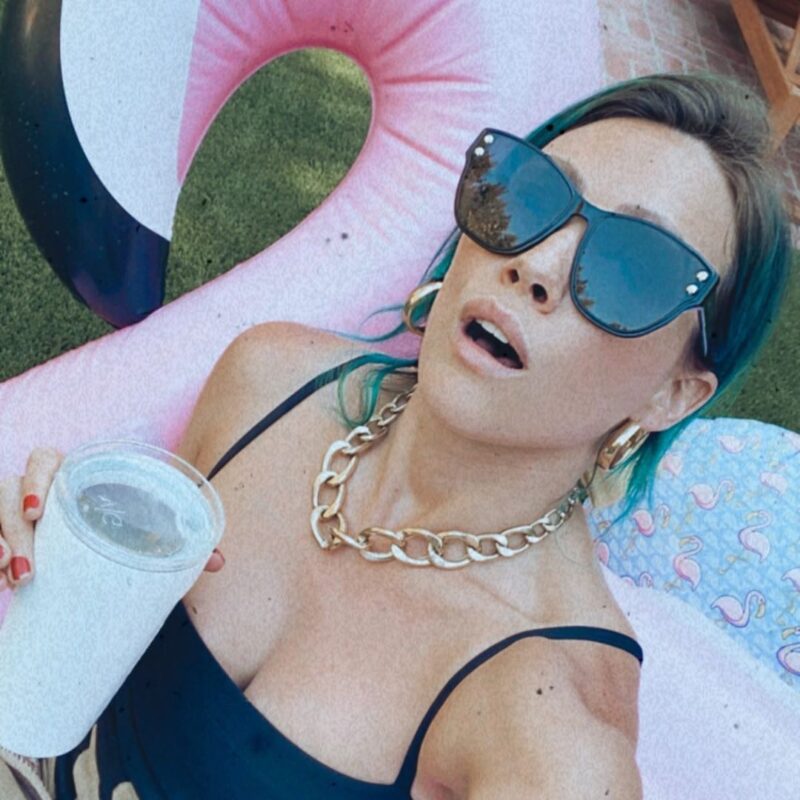 Less than six months ago, Hilary Duff married Matthew Koma, 32, with whom she has a daughter, Banks Violet Bair, soon to be two years old. She also has a son, Luca Cruz Comrie, 8, with her ex-husband, former NFL player Mike Comrie, 39. Mike and Hilary married in 2010, but divorced in 2016. Duff enjoys sharing photos of her two children with the 15.2 million fans who follow her on Instagram.