EXPRESS – 02/19/2020: Melania Trump is not satisfied with Nancy Pelosi. It was reported that the First Lady felt devastated after the House Speaker ripped apart Donald Trump’s State of the Union speech.

According to POTUS, his wife wasn’t indifferent about the move that Pelosi made. When speaking about it, Mr. Trump said: “My wife was sitting here and watched it, and she said ‘Oh, my, that was horrible.’” 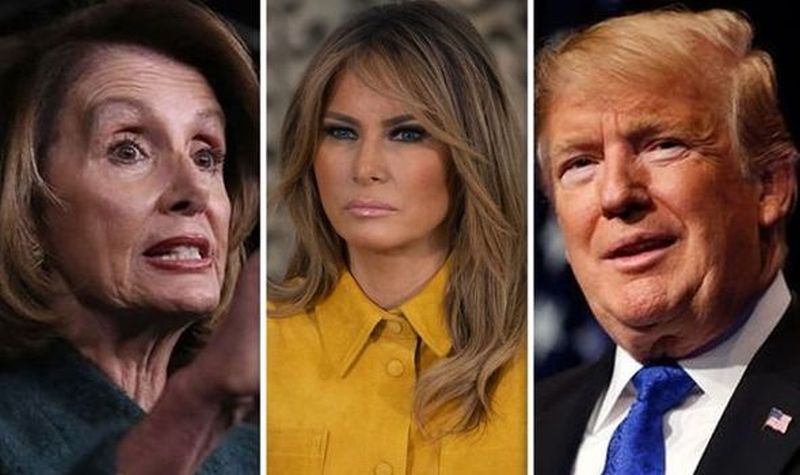 Donald Trump wasn’t just moved by what Nancy Pelosi did; he was furious. But, President understands her actions as she started the impeachment process and lost, so she now must feel like a loser. A word of words followed the impeachment trial.

After calling her a ‘sore loser,’ Nancy Pelosi responded to the President and tried to justify her actions. The House Speaker stated that during his term in the Oval Office, President Trump shredded the truth on every corner, so she decided to tear his lies.

Melania Trump was in the crowd to support her husband. Upon her entry, the First Lady received a standing ovation from gathered Senators. She also applauded to her husband during his State of the Union speech. At the same time, Nancy Pelosi was sitting behind Donald Trump with a numb expression on her face.

The action Pelosi took might be provoked by the 45th President of the United States. When Donald Trump went on stage and handed his State of the Union speech to Pelosi, she extended her hand for a handshake. Mr. President decided to ignore her. This left the House Speaker in shock, but she quickly gathered herself.

The feud between Trump and Pelosi will continue without a doubt. Trump is exacting revenge on those who were against him during the impeachment process. Pelosi is on his shot list. We just have to wait for the President to pull the trigger.