The Rich Kids of Beverly Hills reunited in Los Angeles to celebrate Dorothy Wang’s 32nd birthday. The daughter of billionaire mogul Roger Wang firstly welcomed her reality co-stars EJ Johnson and Morgan Stewart, who together went on a dinner at Roku restaurant in West Hollywood. 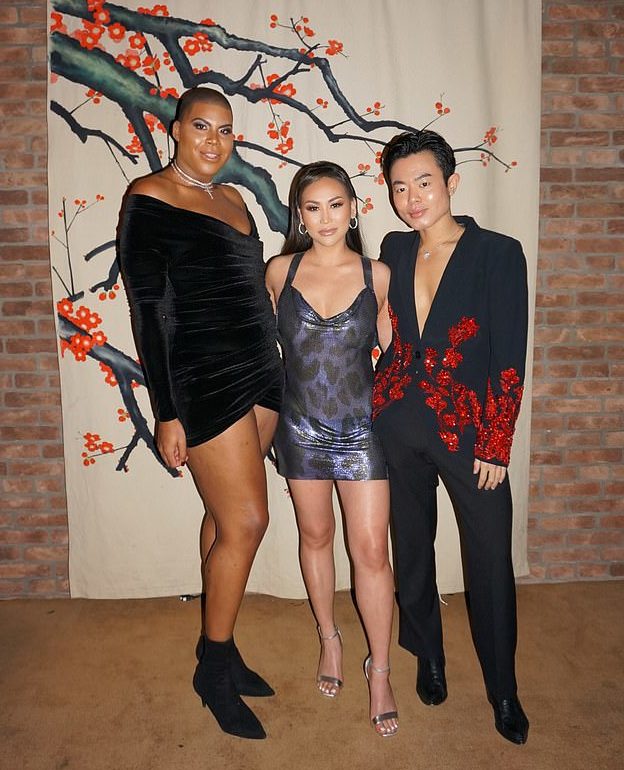 The two had a great time in Hollywood, judging by their Instagram posts. William was boasting about their road trip to LA in a set of stories. In one of them, he shared a selfie with EJ from the car, which he captioned with: “Shapely legs,” referring to EJ’s figure. 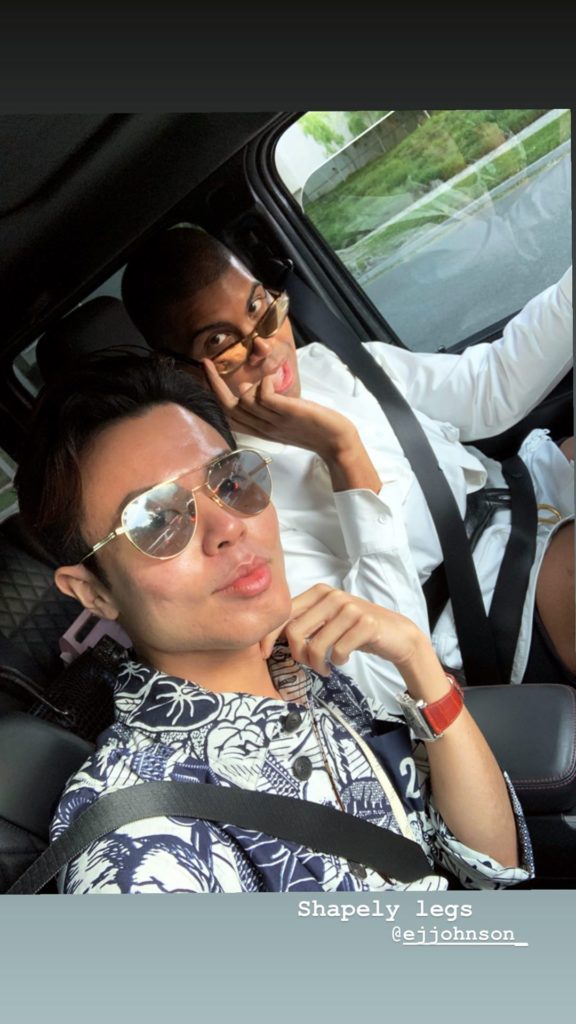 In another Instagram story, Ezra shared a video of EJ’s shaky walk in high heels. On the question: “What are doing those shapely legs?”, Johnson answered: “They are walking to my sugar walls,” and then showed where his sugar walls are.

For the glamourous Wang’s birthday party, EJ chose to wear a black lacy jumpsuit accompanied by the golden necklace and black belt with a gold buckle.

Although tabloids, on several occasions, speculated about EJ’s wish to become a woman, he stated that he never considered transitioning. EJ identifies as a male, and he made it clear that he doesn’t feel the need to change that. 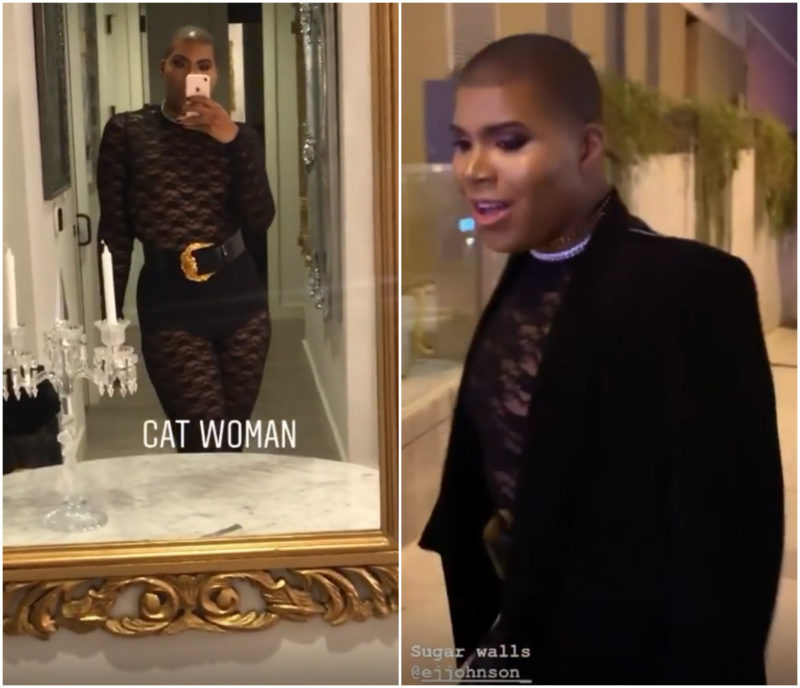 The 27-year-old reality star also shared a glimpse into this evening outfit on his Instagram profile, in some form of a mirror selfie, which he captioned with: “Cat Woman”.

EJ Johnson is a son of LA Lakers star Magic Johnson. After publicly coming out as gay as a 17-year-old boy, EJ became a fashion icon. Although his father wasn’t supportive at the beginning, EJ now receives significant support from his family – his father, mother Cookie, and younger sister Elisa. He became famous after participating in a reality show, “Rich Kids of Beverly Hills.”

Emily Ratajkowski Poorly Photoshopped Her Bum on Her Lingerie Ad