Celebrities around the world often make another Instagram account so they can share content with their close friends, but they need to make sure that they are not exposed. That wasn’t the case with famous singer Demi Lovato, who is now accused of making Finsta account so that she could make fun of her colleagues Selena Gomez and Nicki Minaj. 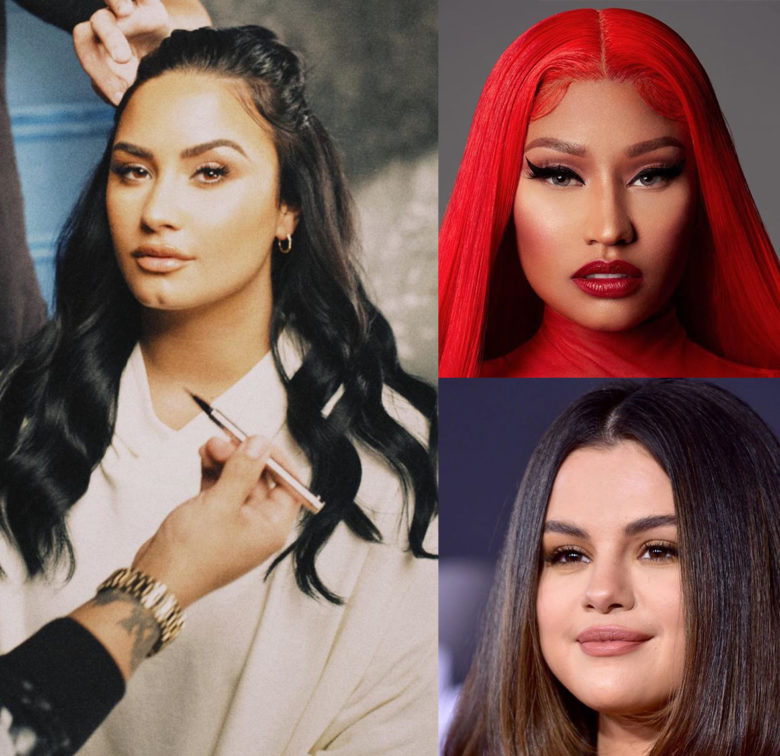 Social media users think the Instagram account traumaqueen4eva is actually Lovato’s, as many of her family members and friends follow this profile. In one post, the 27-year-old trashed Selena Gomez for buying her own albums on Walmart, so she wouldn’t lose to Roddy Ricch and his album “Please Excuse Me for Being Antisocial” on Billboard 200 chart.

When Demi was boasting about her single “Anyone” climbing the iTunes chart, one of her followers wrote: “You didn’t even have to go to Walmart and buy your own copies. That’s what the f**k I’m talking about”, and the singer replied: “Hahaha savage”. 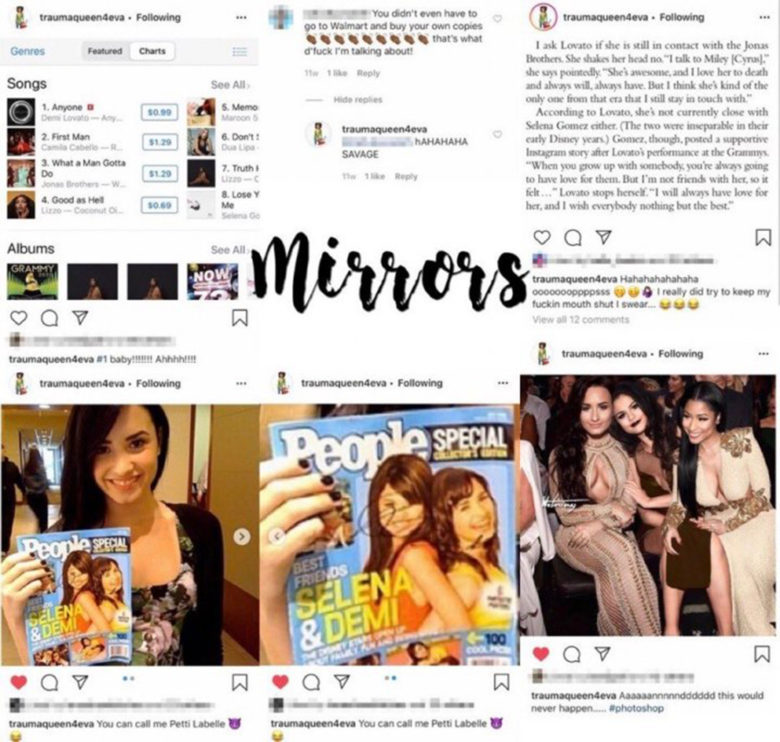 On another occasion, she posted a photo of her holding a magazine with her and Selena on the cover, but her sign covered Gomez’s face. Demi wrote: “You can call me Petty Labelle”. 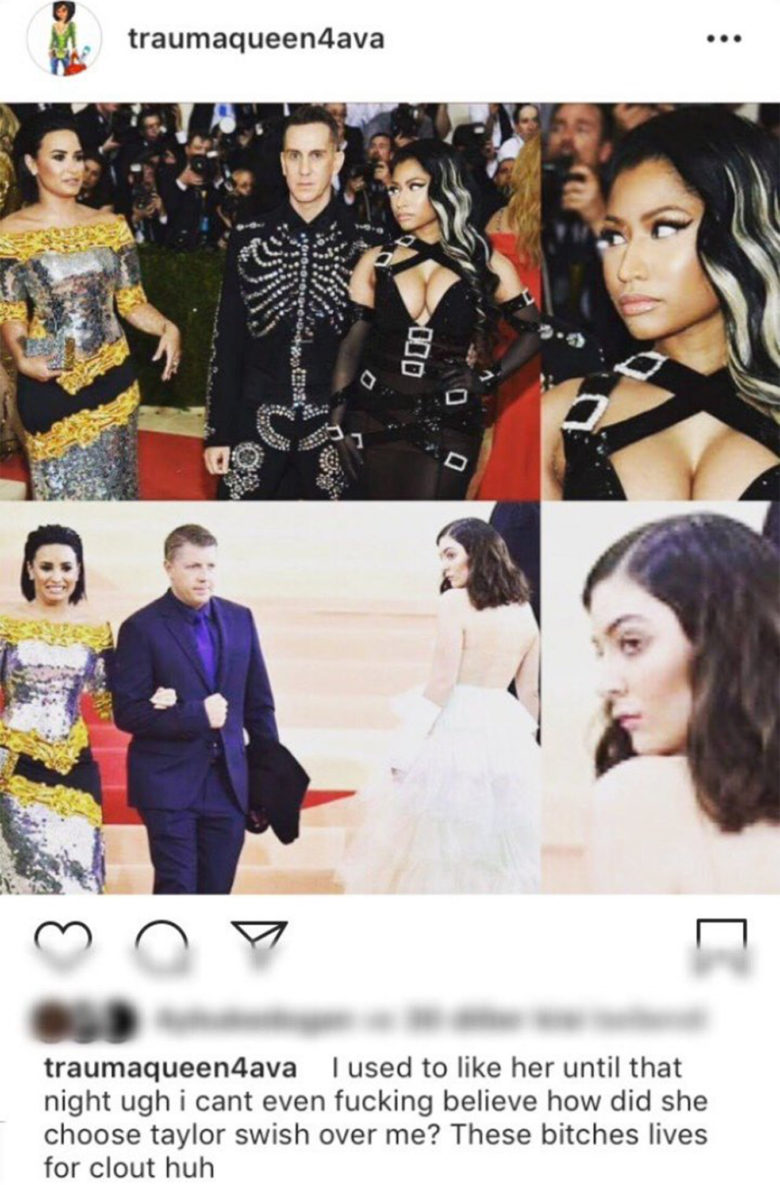 When it comes to Nicki Minaj, Demi posted a joint picture of her and Nicki at Met Gala, as well as with Lorde. “I used to like her until that night ugh I can’t even f***ing believe how did she choose taylor swish over me? These b***es lives for clout huh”, she wrote in the caption.