After a divorce with controversial actor Doug Hutchinson, who is 34 years older than her, Courtney Stodden feels more confident than ever. The 25-year-old blonde was spotted strolling on the street amid coronavirus pandemic. 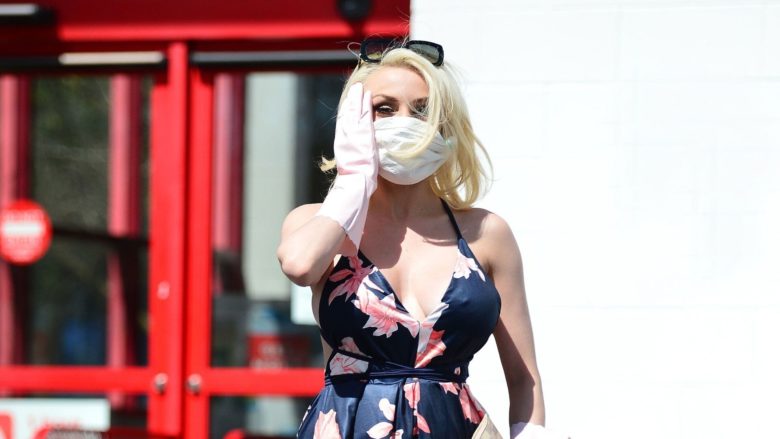 She appeared in a plunging floral patterned dress, wearing a face mask and pink rubber cleaning gloves on her hands. Such an issue attracted the glances of curious passers-by who could not take their eyes off her. 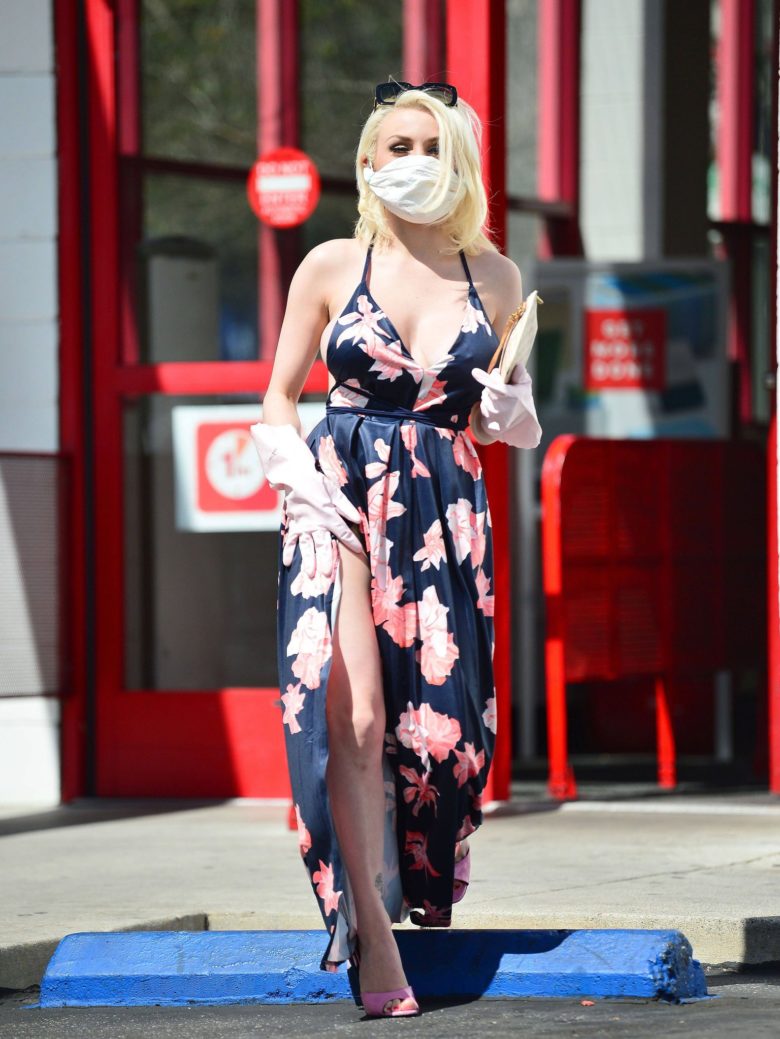 On this year’s Women’s Day, Courtney posted a fully undressed photo of herself on Instagram posing with the names of celebrity women written on her body.

Otherwise, Courtney and Doug Hutchison have recently divorced after nine years of marriage, and she has announced a release of a book in which she will tell the truth about their relationship. 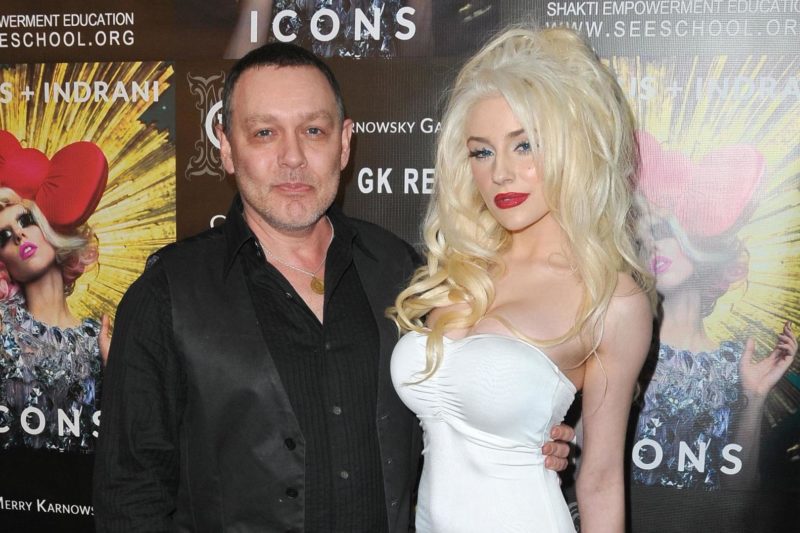 They got married in 2011 when she was just 16, and he turned 50 at the time. The couple reconciled and quarreled several times during their turbulent marriage, and Stodden also revealed that she had a miscarriage in 2016. It was later revealed they faked her pregnancy.