EXPRESS – 04/19/2020: Chelsea Clinton and Ivanka Trump were good friends, but that seems no longer to be the case. During an interview with Stephen Colbert on The Late Show, Bill Clinton’s daughter slammed her former friend.

As you know, Chelsea Clinton is the daughter of former President Bill Clinton and former Democrat nominee Hillary Clinton. Hillary also served as the Secretary of State in Barack Obama’s administration. Ivanka Trump is, on the other hand, the daughter of current US President Donald Trump and an adviser in his administration. Chelsea, who is forty years old, and Ivanka, a thirty-eight-year-old, were friends almost their entire adult life. 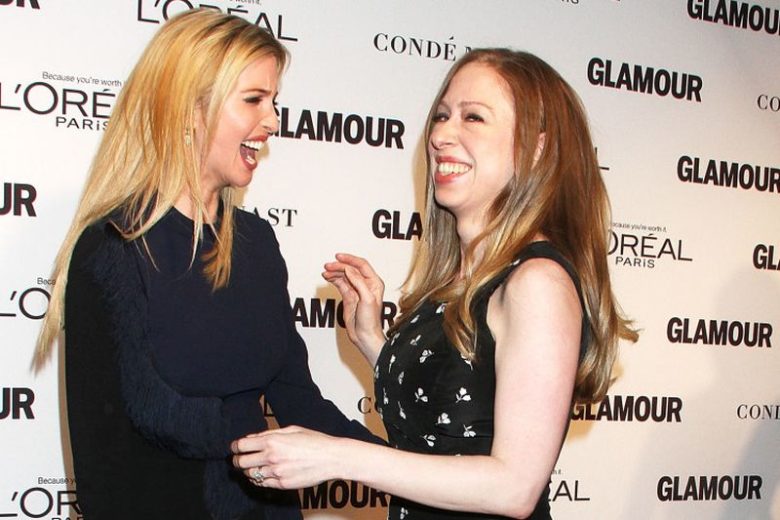 They kept their relationship even during 2016 when Donald Trump’s campaign was in full swing, and it became more than personal on occasions. Trump didn’t choose his words carefully when he spoke about Chelsea’s parents. He called her mother “Crooked Hillary,” and her father was dubbed as “the worst abuser of women” by Donald Trump.

During an interview with Fox News, Ivanka said that politics didn’t influence their friendship: “We support each other. We are not the candidates. We are the children of the candidates, and we both respect our parents. We never talked about politics before this campaign, and I think it’s probably a good topic for us to avoid talking about now as well.”

Ivanka believed that the two of them would remain friends after the campaign. But, the way things turned out Trump getting elected ruined their relationship. The only occasion they were seen together in recent years was at George HW Bush’s funeral in November of 2018.

The reason is probably that Chelsea Clinton went public with her criticism of Donald Trump. Hillary’s daughter said: “I think anyone that works for the President certainly should expect to be scrutinized on, not only the decisions she or he is making but also the decisions the White House is making on any given day.”

When asked about her relationship with Ivanka, Chelsea said: “I have not spoken to her in a long time. It is clear that she has supported policies and decisions that I don’t agree with, and I have been very vocal in my opposition to Donald Trump.”

Hollywood Director Claims Trump Will Lose Elections in a Landslide!