NEW YORK POST – 05/20/2020: Ben Roethlisberger is a big name in Pennsylvania. It’s so massive that his latest haircut has been a debate of political fight.

Pittsburgh Steelers QB got a brand new haircut and shaved his beard at Norman’s Cut N Edge Barbershop in Sewickley, Pa. Because of this, he was criticized by Pennsylvania Gov. Tom Wolf. This happened on Tuesday during Wolf’s daily briefing regarding COVID-19. 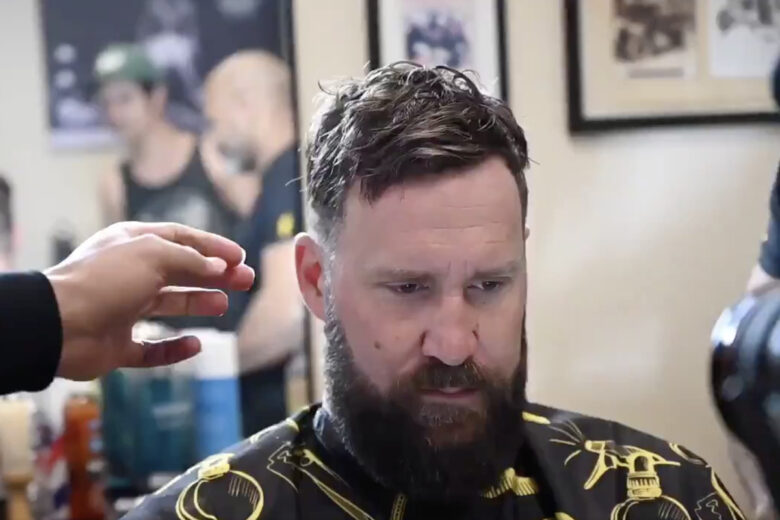 But, as it seems, Roethlisberger didn’t pay for services at Norman’s Cut N Edge Barbershop, as he received the haircut as a favor from his friend, the owner, Carlos Norman. Norman’s attorney, Marc Kohnen, released the statement regarding the situation: “Carlos Norman has been a community fixture and local business owner since 1993. The barbershop has been closed for business since the governor’s shut down order and presently remains closed in full compliance with the law and state regulations.”

Most counties in Pennslyvania are reopening but are in the yellow zone. This means that barbershops and hair salons do not have permission to be opened. They will not be green-lighted until the entire state gets to the green phase.

If it weren’t for social networks, this wouldn’t be an issue. Both Steelers and their QB posted a short video showing Big Ben with his beard and then at the barbershop getting shaved. This was a promise made by Roethlisberger that he won’t take a haircut or cut beard until he’s able to throw the football to his teammates. This was the first time after his elbow injury that he was throwing to his receivers.

The beard is trimmed…

…you know what that means ?@_BigBen7 | @TeamJuJu | @JamesConner_ | @Switz pic.twitter.com/YLTtCynK25

Governor Wolf wants to warn people that the time for total reopening is not yet arrived and that you shouldn’t go to barbershops regardless of who you are: “My concern is just a general concern. Anybody who puts himself or herself into harm’s way is something that I think we have to try to avoid. When you go to something like a barbershop, and you’re not protected, I don’t care who you are, the chances of that virus actually wreaking havoc on your life increases.”

Some Hidden Benefits of Alexandrite Gemstone

5 Reasons to Hire a Janitorial Service for Your Office