Nancy Pelosi Rips Into Donald Trump With String of Insults

NEW YORK POST – 05/20/2020: The feud between Donald Trump and Nancy Pelosi won’t end any time soon. It hasn’t been a day since POTUS said that Pelosi has mental issues. The House Speaker hit back and stated that Mr. Trump is like “doggy doo on his shoes.”

Among other things, Pelosi also called President Trump “morbidly obese.” It was earlier reported that Donald Trump is sensitive regarding his weight. 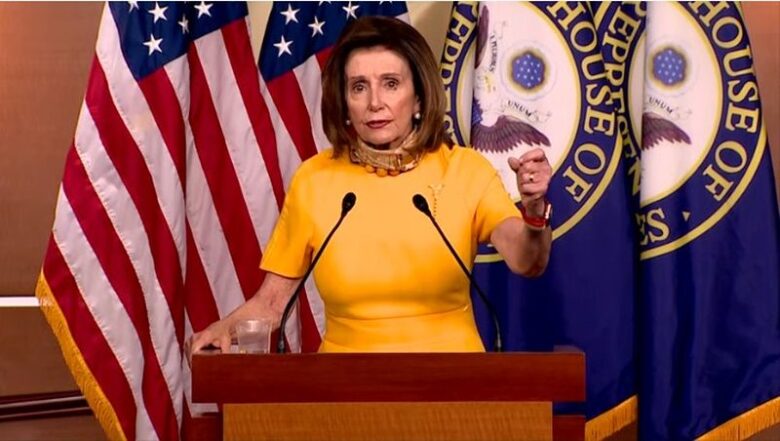 Pelosi had a long rant about POTUS during an interview when she was asked to comment on one of Trump’s tweets. This is what she said: “You’re asking me about the appropriateness of the actions of this president of the United States? So completely inappropriate in so many ways that it’s almost a given.”

The House Speaker didn’t stop there: “It’s like a child who comes in with mud on their pants or something — that’s the way it is, they’re outside playing. He comes in with doggy doo on his shoes, and everybody who works with him has that on their shoes, too, for a very long time to come.”

Pelosi also commented on President’s mental state: “I hear doctors talk to me about saying, ‘What’s matter with him?’ The things he says are so inappropriate for a president of the United States.”

Nancy Pelosi believes that POTUS is lying and that what’s even worse, he trust his lies: “There’s a word somebody used to me. They said you would understand it better if you knew what a confabulator is — look up the word confabulator — someone who just really doesn’t even know what the truth is. And just says anything. And because he says it, then he believes it.”

Has Nancy Pelosi Had Plastic Surgery? Before & After Pics

5 Reasons to Hire a Janitorial Service for Your Office